Is there a way to write slanted non-italic (especially bold/bb lowercase) letters in math mode?

I would like to know whether there is a simple way to have slanted and non-italic lower case letters (especially in bold and/or blackboard bold style) in math mode, while still using some basic/default settings.

This is stemming from a practical need: I would like to have a special graphical rendering for n-tuples, such as objects of ℝn, in order to have them visually distinguished from ordinary vectors, for which I'm using italic bold. As far as I know, variable quantities should be written in slanted style, hence the "slanted" part (and btw, there's the rub!, writing non-slanted (roman) bold lower case letters is quite unproblematic, even for me). I have also noticed that uppercase \boldsymbol (and \bm from the bm package, and \vb* from the physics package) are already non italic, but this may be too big a constraint to me, and I'd rather avoid resorting to capitalizing each n-tuple, hence the "lowercase" part.

Since I'm quite new to Latex, I'm using some very basic settings, and would like to stick to them, in particular to Computer Modern as math font, and just add the capability of writing slanted non-italic (bold/bb) fonts within equations.

As an extrema ratio, I would resort to \text, but I guess it's better not to do this (eg for spacing, accents, etc.).

I have thoroughly looked for an answer; this one provides almost everything I need, the only issue with it being that slanted fonts from cmbxsl10 look significantly smaller than ordinary ones.

If you want the bold version slanted 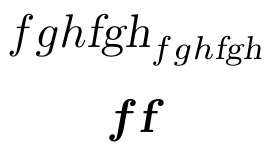 If you want the bold version unslanted 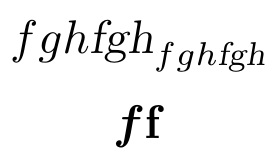 An alternative to Steven’s answer:

Not the answer you're looking for? Browse other questions tagged math-mode fonts slanted or ask your own question.

10
Times New Roman variant?
5
Slant character manually in TeX coding
7
How do I get a slanted \sum symbol?
2
How do I slant variables when using eulervm?