I use the package prooftrees, which is based on the TikZ forest. As I have to draw proofs with many branches, I want some nodes to be lower, which is supported by the "move by" option. However, if I use the move by option twice it seems like the second time I use it the style of the first edge is used to fill the jump within the second edge.

I have simplified the proof in the following example:

That gives me the following result: 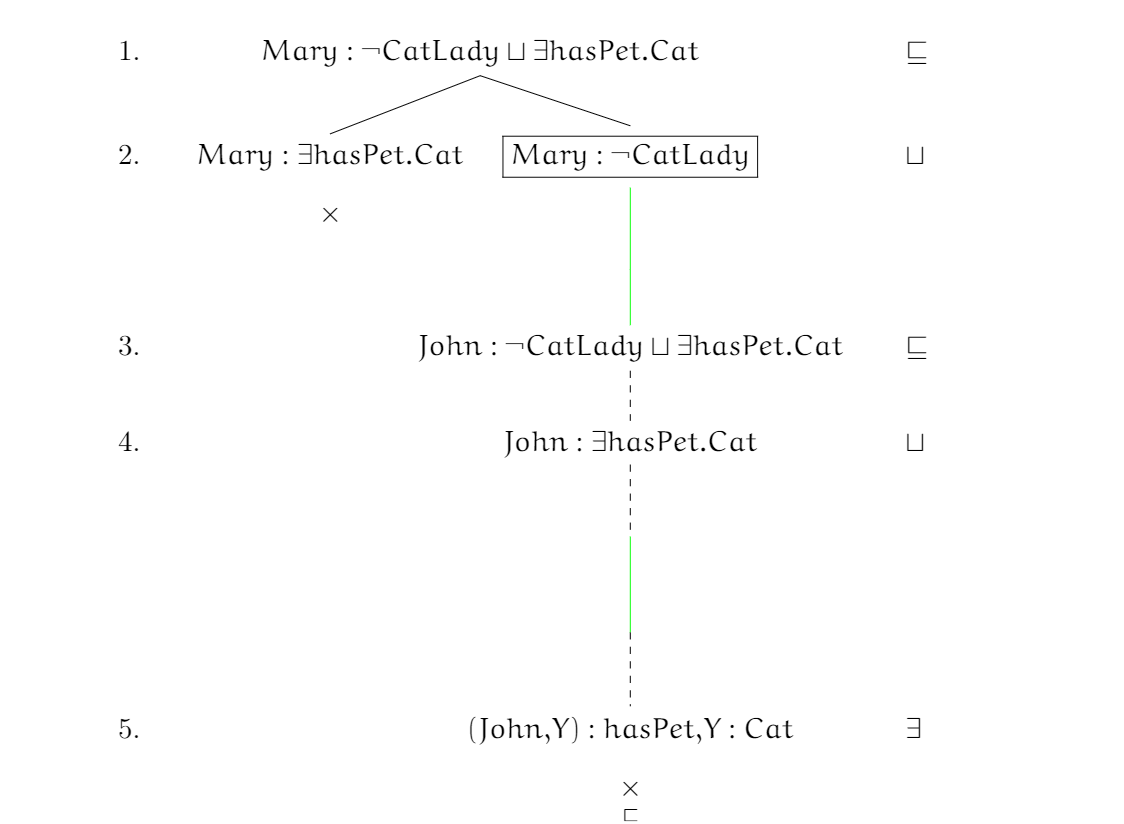 Does anybody know how to prevent the style of the first edge that uses the option "move by" to be copied to other edges that also use the move by option?

Version 0.7 of prooftrees fixes this bug. The update has been uploaded to CTAN and should, therefore, be available shortly. 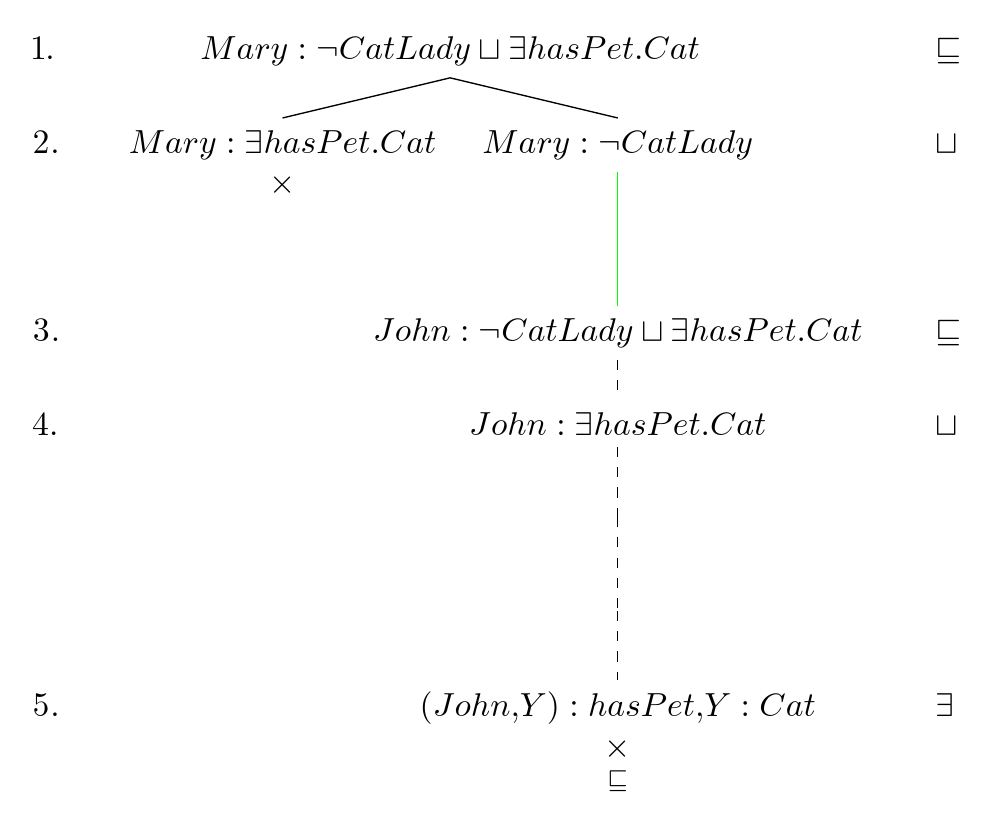 Not the answer you're looking for? Browse other questions tagged tikz-pgf color forest prooftrees or ask your own question.

8
Styles in TikZ trees not working as expected
16
TikZ: Drawing an arc from an intersection to an intersection
6
Problems with nested TikZpictures
10
Branch TikZ graph always on the same side
5
How to rotate TikZ decoration (arrow)?
0
Parallel arrows between nodes of varying size
0
Rationale for the `<` notation for specifying an outgoing edge option as a source node option
7
Tree edges different coloring
5
Tikz: Problem with “sloped” in cyclic tree