I've been looking for a way to use the \abs command in LyX (Version 2.3.0, using MikTex) but unfortunately I didn't find a solution.

For a reason I'm not aware of, this command does not appear as an option in a math box. I tried defining it as a macro:

with \lvert and \rvert, which is ok except for the fact that it doesn't scale. I read that there is something called a "starred" version of a command, which should solve the scaling problem ,but I didn't manage to define the macro as such.

Would appreciate any help!

Include the package AND declaration in your preamble

Insert your TeX compile and enjoy! 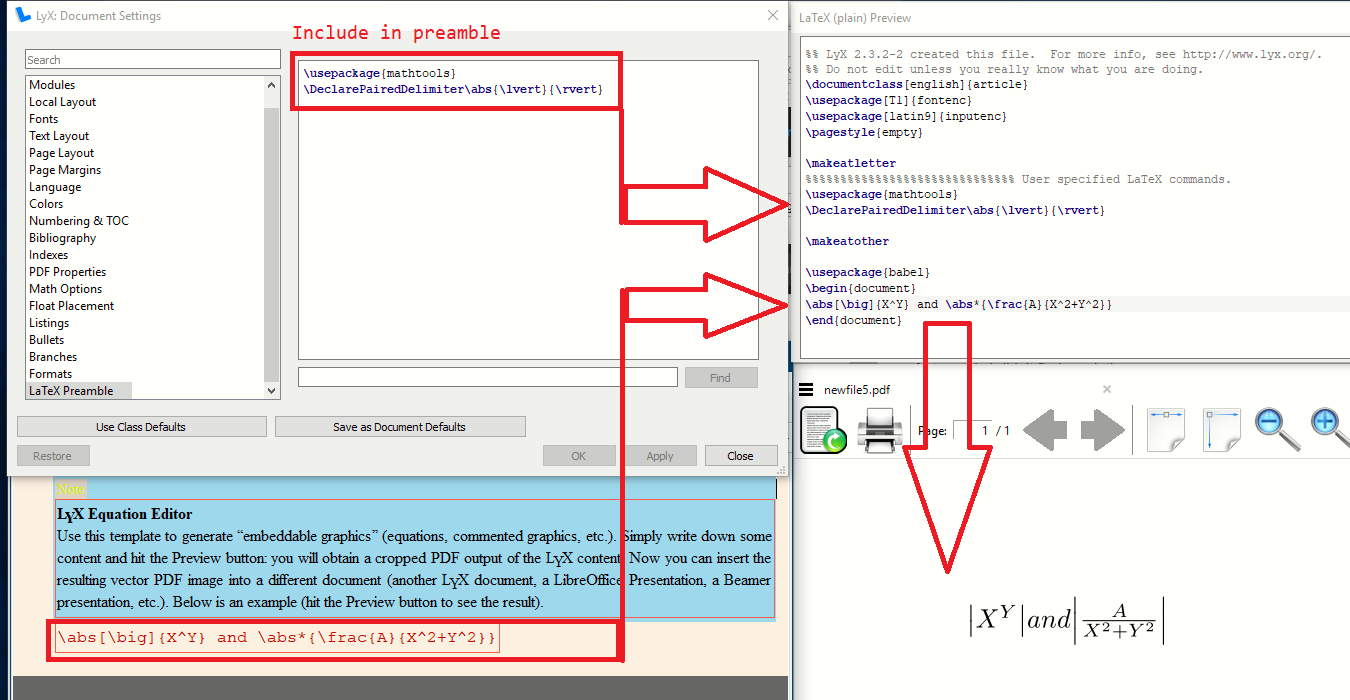