How to adjust the position of a number in an enumerated list?

So I've been experimenting with Latex as it'll apparently be useful for the next year of my degree, and I've come across the following issue with enumerated lists.

Where the third listed item is some probability, that I have in this for demonstrating my issue. With said third listed item, the '(iii)' in the list centers itself vertically alongside the equation, when I would like it to be positioned alongside and to the left of the first line of the equation, not the center, much like it appears for the first two items in the list. How would I go about doing this?

The fix lies not with the enumerate environment, but with the aligned environment: Give it the [t] placement specifier, as in 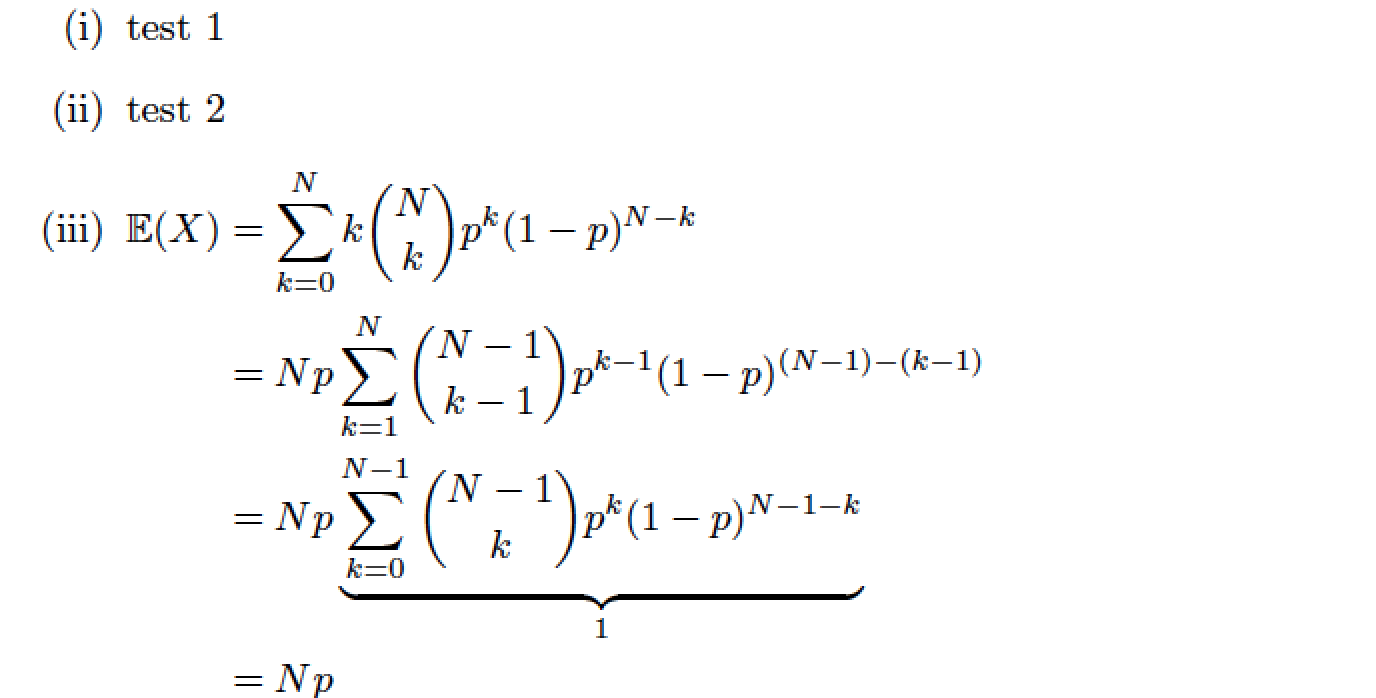 Not the answer you're looking for? Browse other questions tagged vertical-alignment lists or ask your own question.

31
Vertical alignment of align* in enumerate

3
Enumerate and itemize undefined + captions not working
14
aligning a multiline formula with the bullet of itemize
25
Enumerated description list
3
Latex Enumerated List referencing
3
grouping enumerated list
5
How to adjust position of minipage
6
How to adjust the position of subfloat?
0
Align the number of an enumerated list with an equation with cases
2
left brace too tall with top-aligned aligned inside list