I'm using CircuiTikZ and want to draw a SPST switch that has the same style as the included SPDT switch. Something like the following:

I've experimented with a few things:

The default behavior of nos is seen in item 1; it has no connectors, and adding connectors in the to just puts them at the end of the path, as with all such components.

I was able to produce the look I wanted with the code for item 2, but that requires manually specifying the left and right sides of the switch to be exactly 0.5 units apart (the default width of the nos component). I can use it, but it is not always that straightforward and I would like a simpler method if possible.

I thought I could simplify it by drawing the nos as a node using node[nosshape], which looked like it was going to work when I used the code for item 3. Unfortunately, once I changed to to[short,-o] in order to add the connectors, the lines no longer stopped at the sides of the component, but went to its center point instead, as can be seen in item 4.

How can I simply draw a nos with connectors that doesn't require specifying the sides? And why doesn't the method in item 4 work?

This solution adds ocirc nodes to the switch anchors.

This may not be a full-fledged answer but more a recipe to construct such elements. What I am proposing to do is to

This brought me to

In the end, adding the option to configure thickness was quite easy, so I did it. In the unreleased version that will be up on line later today (just the times to build the thing by the CI system), you'll be able to do a thing like this: 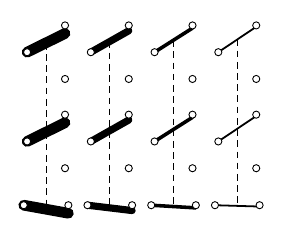 ...and you can use the various kind of switches, obviously... 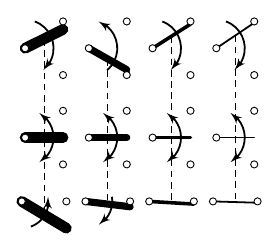 Although I reckon that the solution proposed by @marmot is more general. I have added a (admittedly small) chapter to the manual explaining how to define new shapes.

Not the answer you're looking for? Browse other questions tagged tikz-pgf circuitikz or ask your own question.

7
Drawing switches in circuitikz with connectors (dots)
14
Rotate a node but not its content: the case of the ellipse decoration
45
Creating thicker Tikz mindmap connectors
21
How to define the default vertical distance between nodes?
8
how to draw a diagram that forks out, then joins in the middle then forks out again?
9
Line up nested tikz enviroments or how to get rid of them
6
Problems with nested TikZpictures
0
Problem is drawing a bent line with switch
5
A less hacky way of drawing 2-bus single line diagram