How to do blind endnotes

A "blind endnote" consists of the page number to which the endnote refers, some text that precedes where the endnote number would be in the text, and the text of the endnote. In the text itself, there is no number for the endnote. This structure is used for all the endnotes (in this case, in a book using memoir documentclass). This has become a popular endnote style for books targeted at the general public rather than academics.

The text looks like this (assume the text is on page 3):

This is the text with an endnote that will appear in the endnotes, but no endnote number.

The right side of the endnote text is ragged. The left side is left justified, with the left margin for the text even with the start of the footnote text (in the example, even with the opening quotation mark).

I have reached the limits of my current abilities. My MWE is as follows: 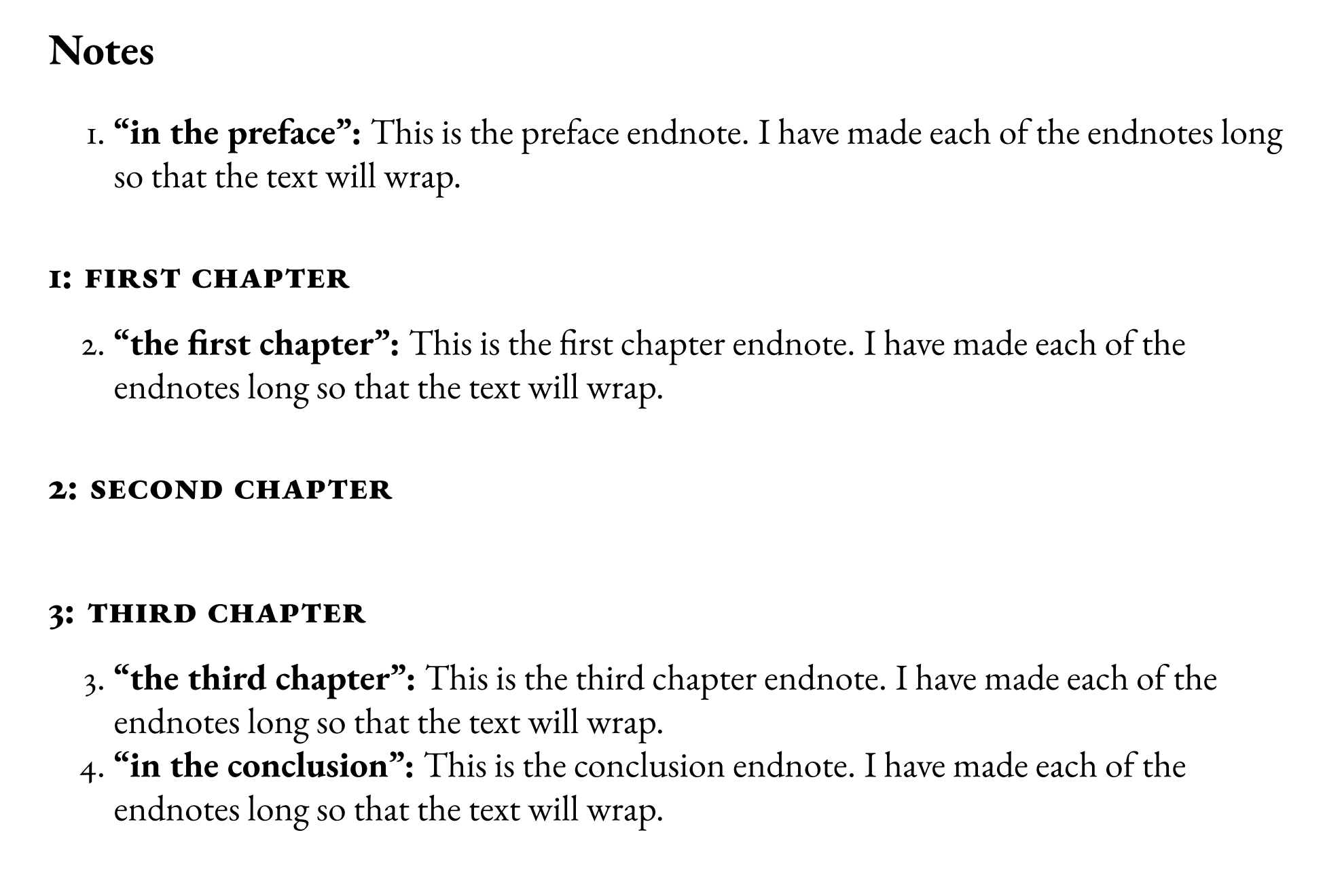 Memoir provides \pagenote as an alternative to the endnote package as a way to create endnotes. By tweaking the code for \pagenote you can get a proper blind endnote. The following code builds on Memoir class endnotes reverse order of \idtextinnotes and \printpageinnotes to get the desired results.

Note that the endnotes have the page number followed by some space, then text that shows where the endnote is keyed to text in the chapter (quoted and in boldface), a colon, and then the text of the endnote. Also note that the paragraph containing the text is left justified. This follows the format typically used by publishers.

This solution also addresses the three problems I raised: 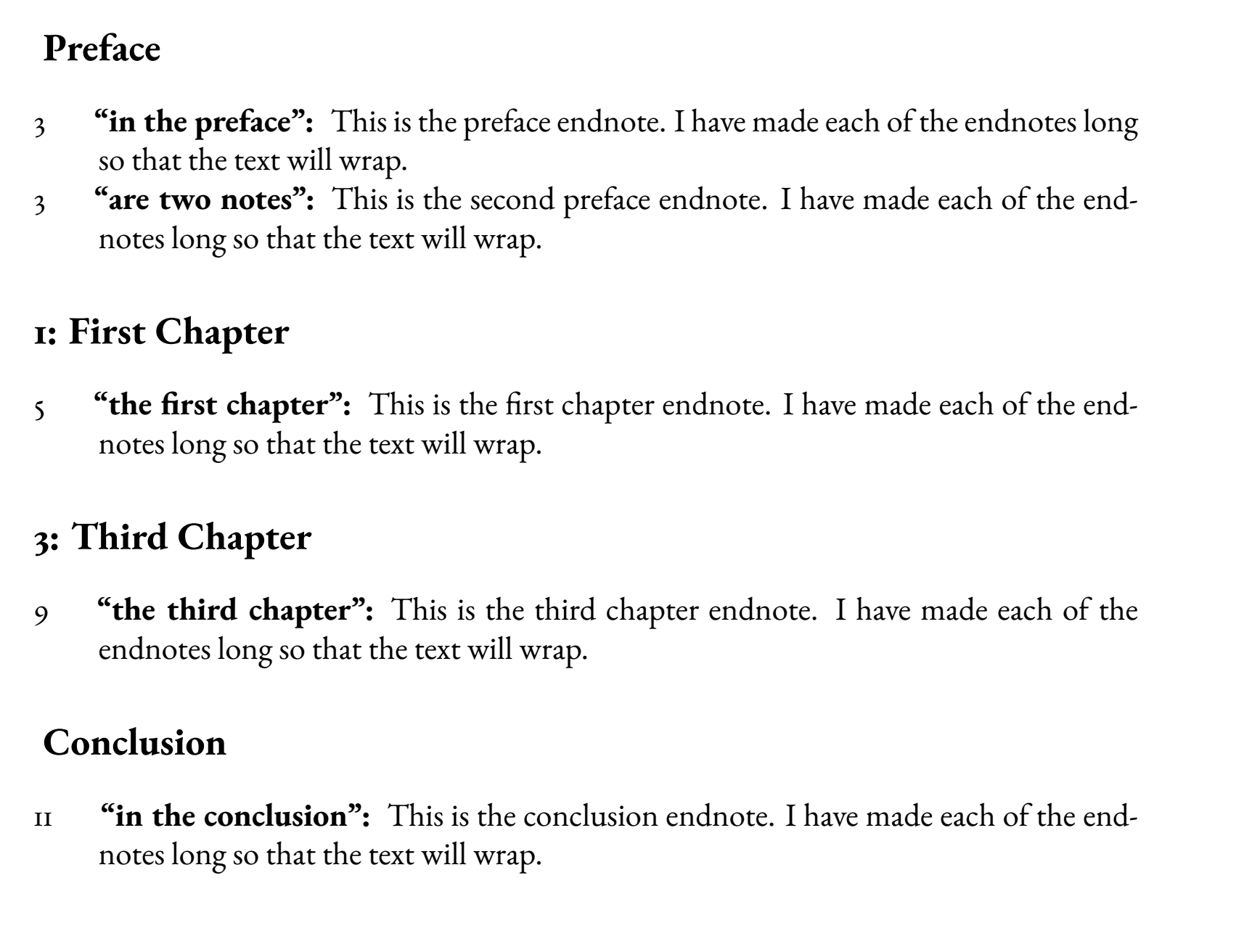 Not the answer you're looking for? Browse other questions tagged sectioning memoir endnotes or ask your own question.