How to get Latex/overleaf to cite in the right order using two column and bibtex? [duplicate]

Ask Question
Asked 9 months ago
Viewed 49 times
0
This question already has an answer here:
How to get sequential references in my paper? (1 answer)
Closed 10 months ago.

I have the problem that I'm using two columns, and cite something at the middle of the page on the left side, then on the top of the right side. The citations on top right gets numbered [1] and [2], and the first citation on the left side gets numbered [3]. This is probably because the citation order is decided by which citation is the top-most one, not necessary the first one you'd read. Its annoying because the first citation you read is then marked as [3].

Any way to fix this easily?

Sorry for the amount of code 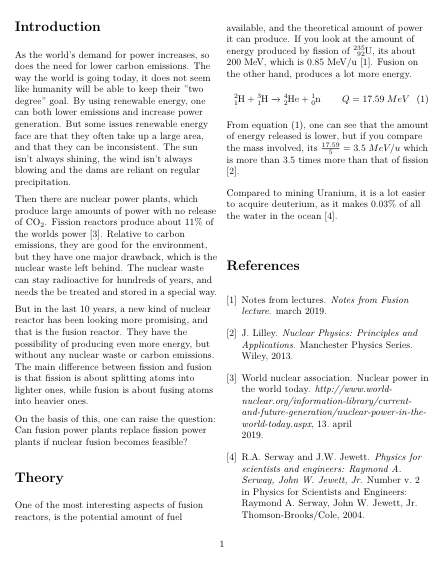 Browse other questions tagged bibtex citing two-column or ask your own question.

20
How to get sequential references in my paper?
0
Overleaf does not compile after using Biblatex
3
How can I compile my overleaf project from scratch