How to force pdflatex to compile in pdf mode? (I am using WinEdt to edit and compile my .tex file)

I have a very simple .tex file:

When I tried to compile this file with pdflatex, it generates a .dvi file instead of a .pdf file. My question is:

How to force pdflatex to run in pdf mode instead of dvi mode? (I am using WinEdt to edit and compile my .tex file.)

This bothered me a lot. Because I have some other larger files need to be run in pdf mode. But now whenever I ran pdflatex, lots of error messages were issued by pdflatex. This happened right after I installed the latest MiKTeX 2.9.7000. Before that everything was fine. Thank you for the help in advance.

The screenshot of the MiKTeX console is shown below: 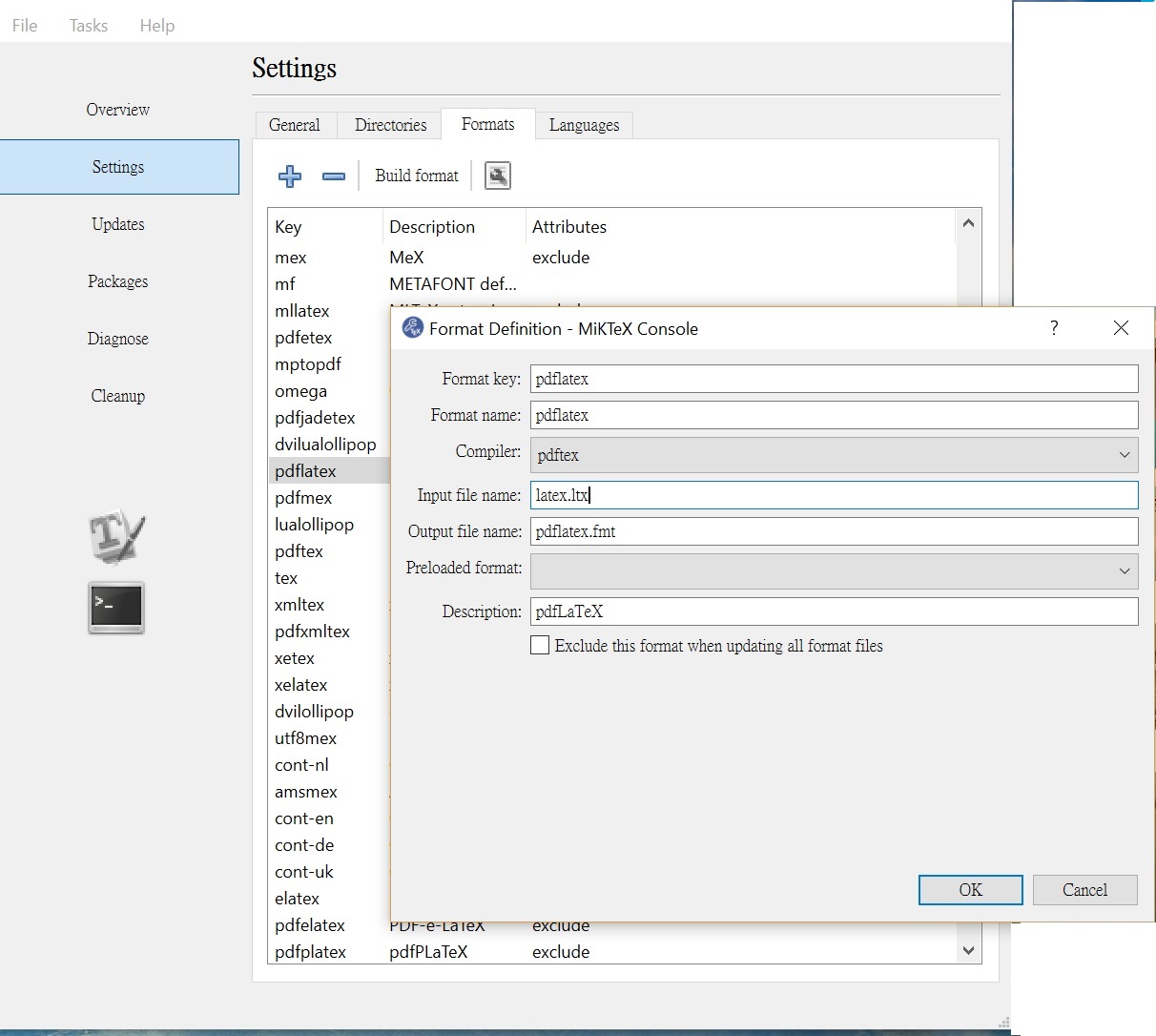 The input file name for the pdflatex is "latex.ltx" instead of "pdflatex.ini". So my question is: how to change the setting of the pdflatex compiler in MiKTeX console? Any suggestion will be appreciated.

I also tried to change replace "latex.ltx" by "pdflatex.ini" manually. But MiKTeX returned me an erroor message "Built-in format definitions may not be changed." Saddly.

Then I uninstalled and re-installed the MiKTeX again, right after the installation, the "input file name" for the setting of pdflatex is "pdflatex.ini". However, just after I ran pdflatex, the setting changed to "latex.ltx". Why this happened? I didn't do any change in the setting.

(To long for a comment because of the picture)

Can you show the first line of your log-file? It should look something like this:

Can you show how the setting for pdflatex looks in your miktex console: 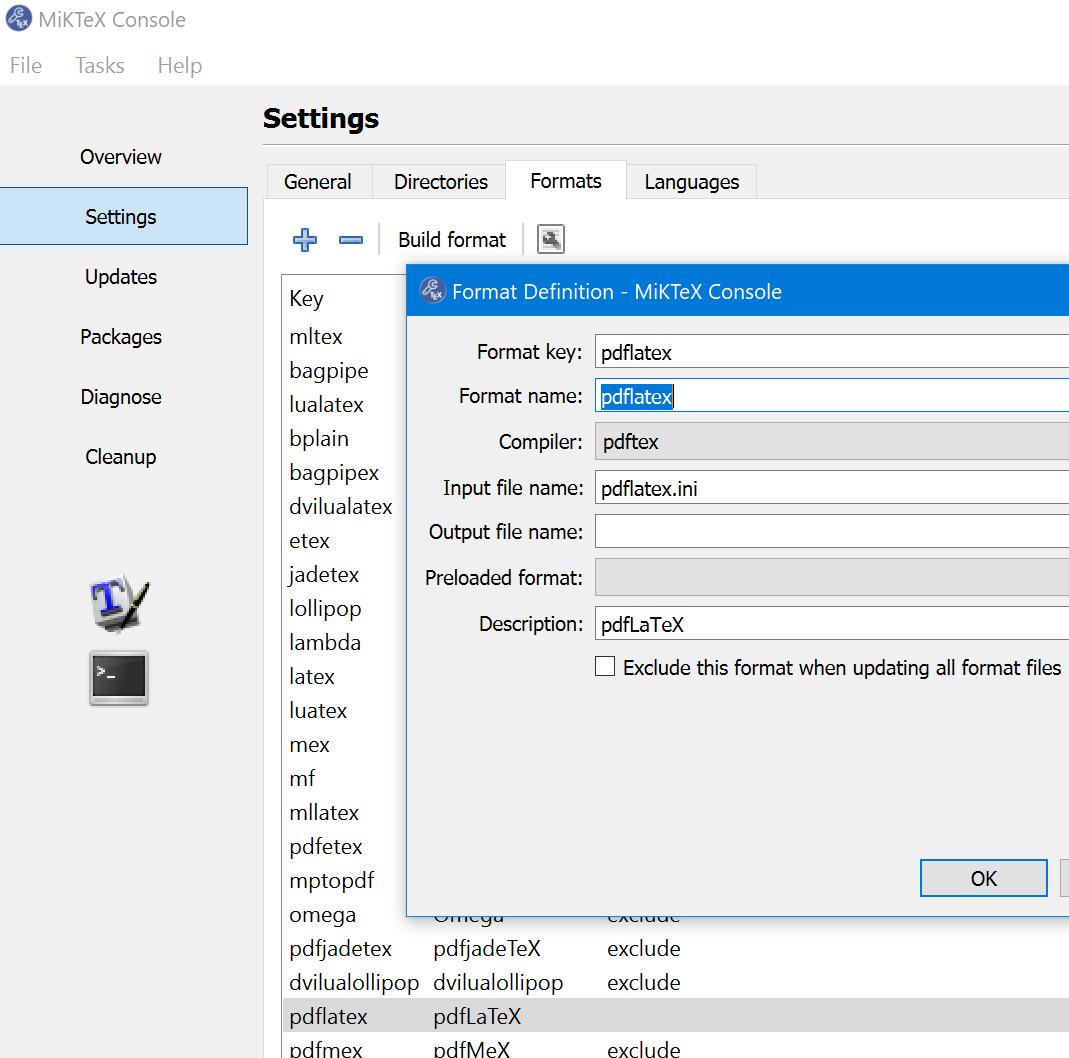 Not the answer you're looking for? Browse other questions tagged pdftex miktex winedt or ask your own question.

3
MiKTeX+WinEdt How to automatically close the current DVI file before opening a new one?
0
Texmaker's internal PDF-viewer keeps file handler to .pdf open and hinders subsequent compilings
9
How to manually configure TeXstudio for Windows in the CTAN package "ProTeXt-3.1.4-020114.exe"?
1
LaTeX Compile Issue: Could not start Build and View: PdfLaTeX
0
Lyx time out exporting latexpdf