I have TikZ code that draws an ellipse. Here is the code that, AFAIK, draws the actual ellipse:

Can anyone tell me how draw actually produces the line-work, i.e., is it behind-the-scenes using an interpolation algorithm to create coordinate points?

I've used Geogebra to generate TikZ code of a graph, and occasionally it simply brute-forces the shape of a line or object by generating tons of individual coordinates, making it rather unwieldy to put into a LaTeX document.

This, however, suggests to me the actual drawing of a shape with just a one-liner like above is some sort of interpolation, i.e. plotting per the ellipse formula a minimum base set of points, then interpolating the rest to fill in between them. I've read that this is typical, since using the ellipse formula to produce all of the points would be very resource and time expensive. Does anyone know what is going on under the hood?

tikz-pgf algorithms draw
Share
Improve this question
asked May 7, 2019 at 4:27

As JouleV points out, the ellipse is drawn in four Bezier curves. If you do not want to look these things up in the code, you can always use show path construction to see how the path is constructed. 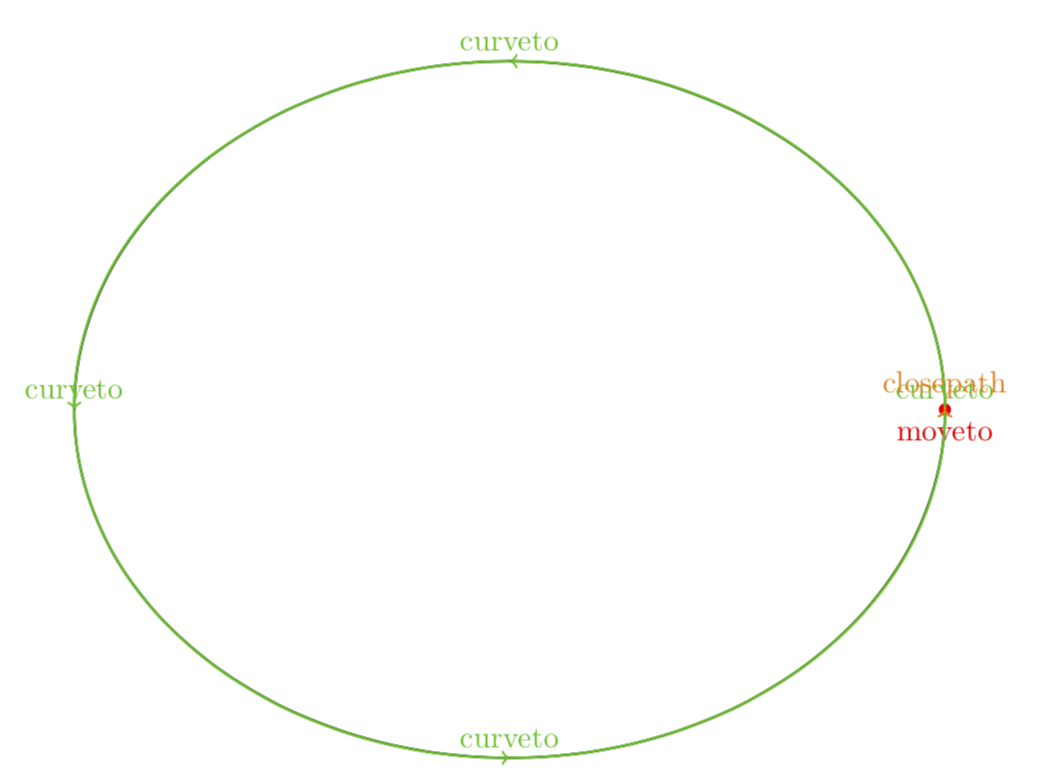 This is also true for circles, which is why rotating a circle can modify its bounding box.

Well, just by reading the comments there you will know that the ellipse is drawn by four different curves (each curve is drawn with a \pgf@nlt@curveto).

Note that the same happens with circle.

Not the answer you're looking for? Browse other questions tagged tikz-pgf algorithms draw or ask your own question.

34
Why does rotating a circle alter its bounding box?

23
Is there a way to draw TikZ lines on the "inside" or "outside" of a path?
18
Tikz-PGF: Draw integral test plot
5
Draw an algorithm graph with Tikz
3
\draw rectangle TikZ
5
Tikz: Draw simplified BLE-Stack
3
Drawing perpendicular lines between a straight path and an arbitrary one
3
Tikz algorithm with several phases