I think this is a relatively simple question but I can't seem to find the answer anywhere.

Suppose I have the following set of parametric equations for a cylinder:

that I can plot using the following snippet of code:

that generates the following figure: 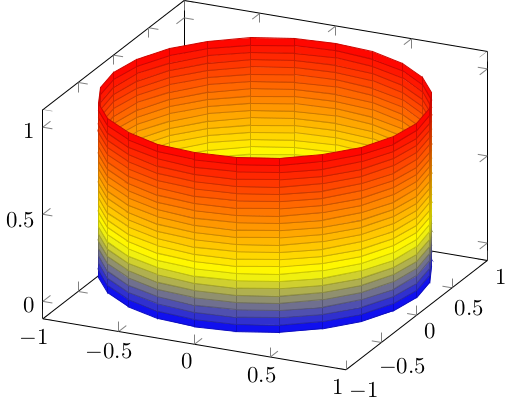 I would like to change the color shading from what is currently the z-value to some other parametric function, say w(s,t)=1+5*s^2+exp(t). I've tried using the declare function feature in pgfplots along with point meta but have had no luck. This seems like it should be something that's fairly straight-forward but it's proving to be quite difficult. I'm also fairly new to tikz/pgfplots which may explain it.

Welcome to TeX-SE! I may be missing something but I just spelled out what you seem to be trying and it works here. 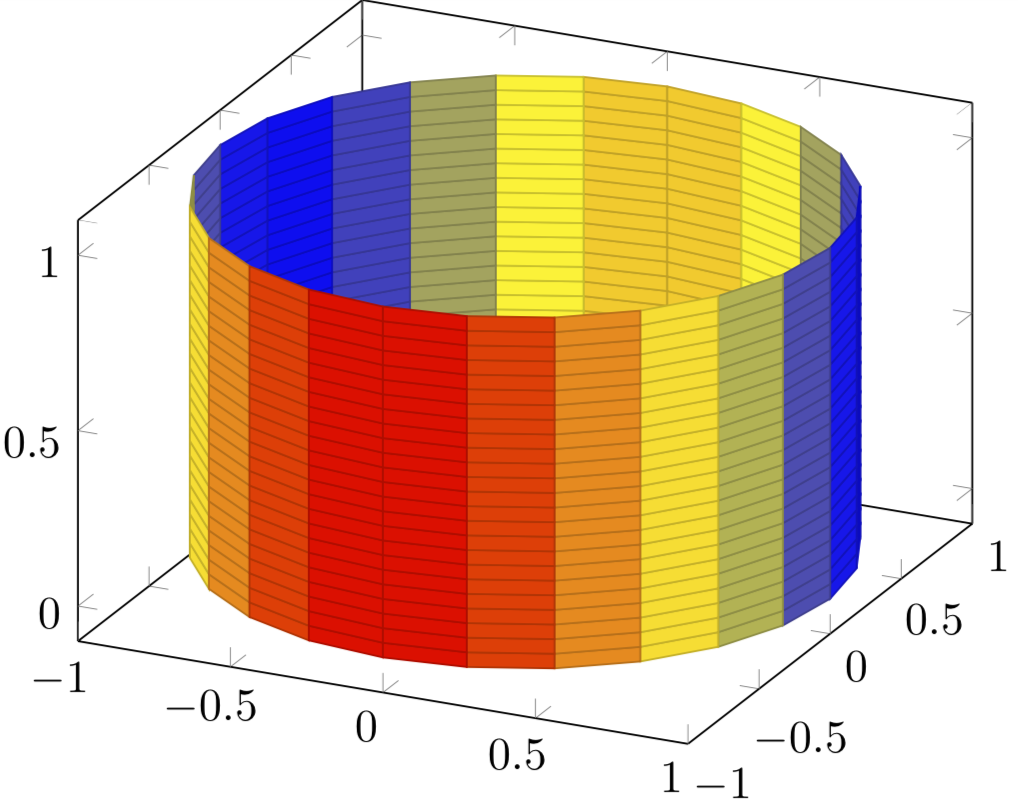