I have some macros I use a lot, mostly just for my digital note keeping. Because of the nature of these macros, I could use a specific versions of these. For example I mention some file names throughout a document such as \workdocument which assigns them a specific url, and I would like to have a list of these files at the end of the document which I can just use to copy paste into some unix terminal tool. I could parse the file with a programming language to get these, but with multiple includes it isn't something I prefer.

The contents of these commands aren't references as one would semantically understand it, so I would like to avoid using bibtex.

If this can be accomplished with a feature that only exists in any of lualatex/xelatex/pdflatex, that is fine by me.

My tex file, in the simplest sense, looks like the following:

In the real document there are more commands and multiple includes. 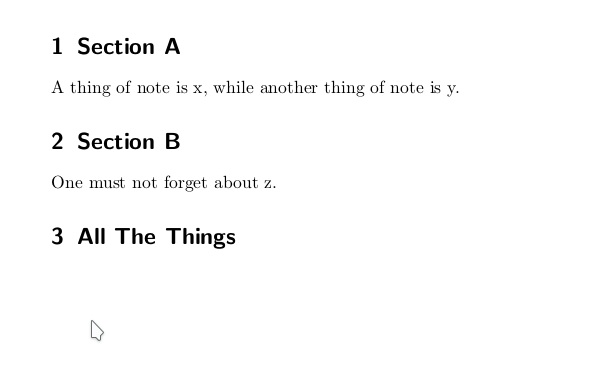 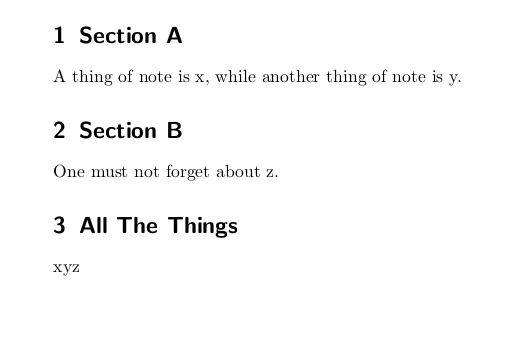 For Dr. Seuss lovers, this approach will actually create macros \thing1 and \thing2! (in \csname form, of course) 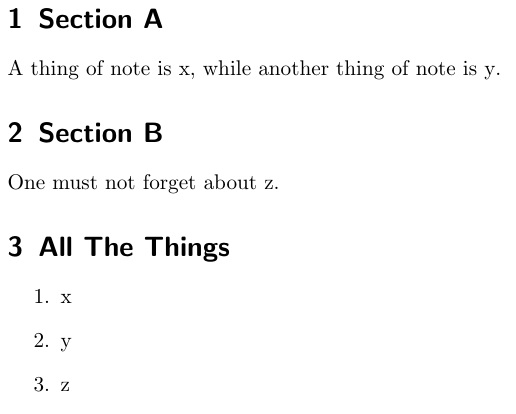 The approach can be generalized to multi-paragraph things of note as follows: 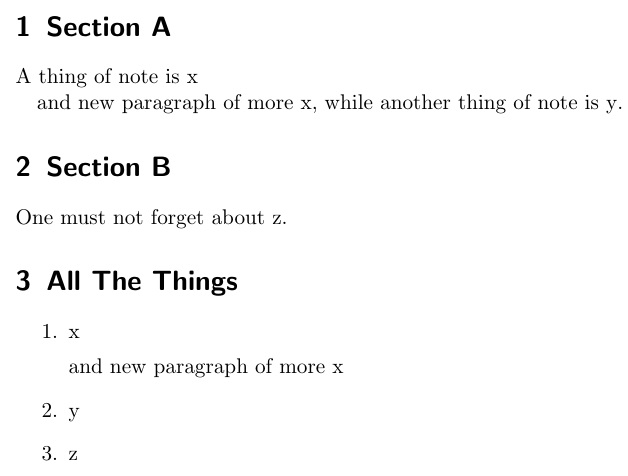 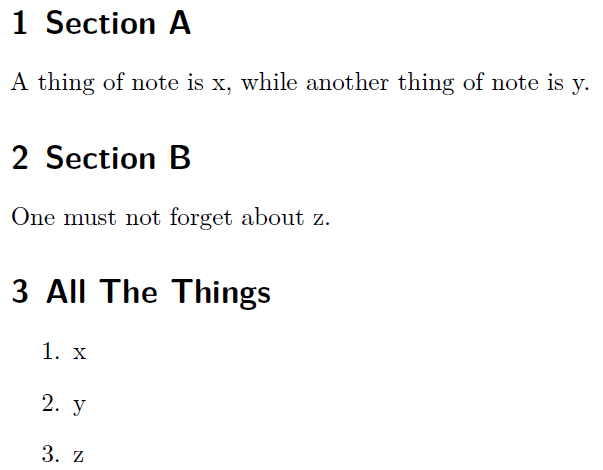 17
How keep a running list of strings and then process them one at a time
5
How to implement the macros style with mixed chars and floats in a csv file?
11
Make a command to mark a text and class them for text analyze
5
Write a macro with \command, {, and } in argument
3
How to make a list of used custom macros
2
Using comma separated list input to call appropriate command
6
suppress single macro from style file
1
Protecting blocks of text and commands, not just one command, from expansion
0
Unique requirement IDs and list of corresponding test method
0
Restructuring multiple files with inputs and macros in it