How is it possible to use square brackets as shorthand commands?

I have defined a command, that is used in text scripts for stageplays.

At the moment, you can write:

where Minka is bold and quietly is slanted and colored.

however, I was asked, if i could provide "multiple square brackets" as they wanted to write:

which should compile to:

My question is, can I somehow parse the text that is given to \says{name}{text} and replace all parts between square brackets with some command?

where the #2 should be the part on the right. I also redefine the command at the beginning of the script:

and probably use more than one line or paragraph of text:

What you asked for can be done with LaTeX3's regex module:

Regarding your edited question, you can use this. In case you are not interested in the old \says command anymore, just remove its definition, then rename \newsays to \says or whatever name you want for the new commmand. 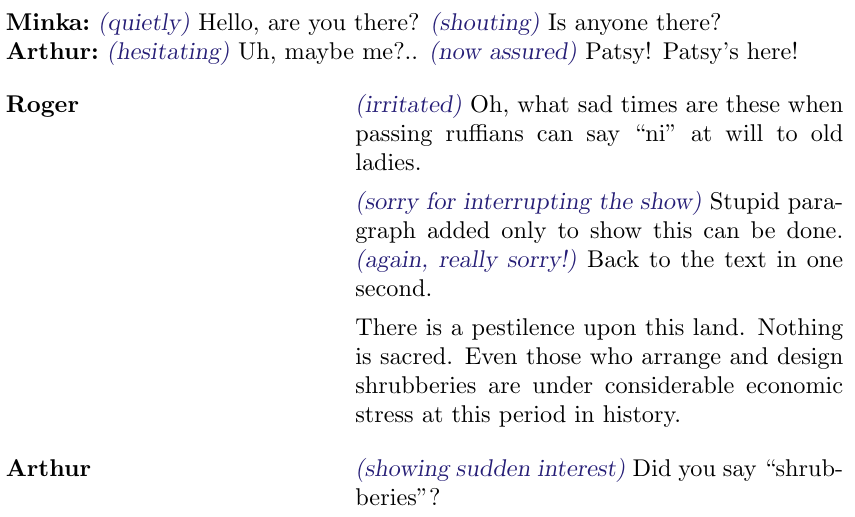 You could use a different macro to indicate 'how' someone is saying something, e.g. as follows:

If you really want this interface, you can parse through the text with TeX: 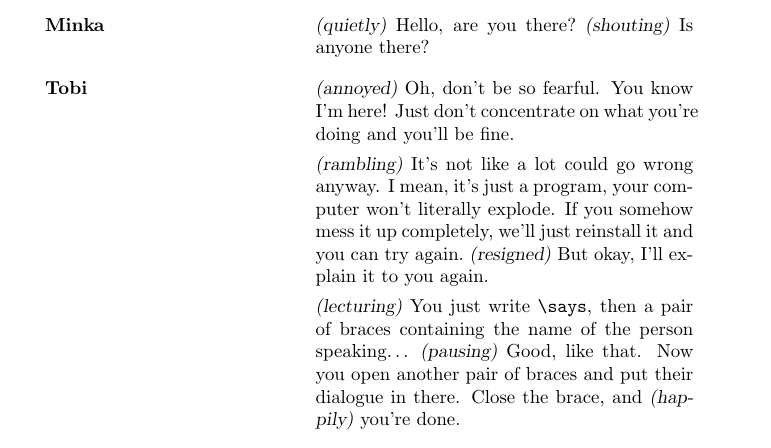 This has some downsides.

A better approach, in my opinion, would be the use of an environment and an active character. We do not want to make [ (or ]) active, because that would break all optional arguments. If you are open to changing the syntax from [instruction] to |instruction|, we can do this quite nicely though.