To get around this I use \fauxsc (Fake small caps with XeTeX/fontspec?), which seems to work in pdflatex.

What would be really snazzy though would be to extend the functionality of \textsc such that when the font does have small caps, it just uses that; then when it doesn't (e.g. as happens with IBM Plex) instead of giving an error, it automatically switches to using \fauxsc

Would such a thing be possible?

Here's a possible solution, but if you really need small caps, use a font that has them.

The idea is to compare what font gets chosen if \scshape is applied. In case LaTeX performs a substitution, \testA and \testB will both point to the same font. 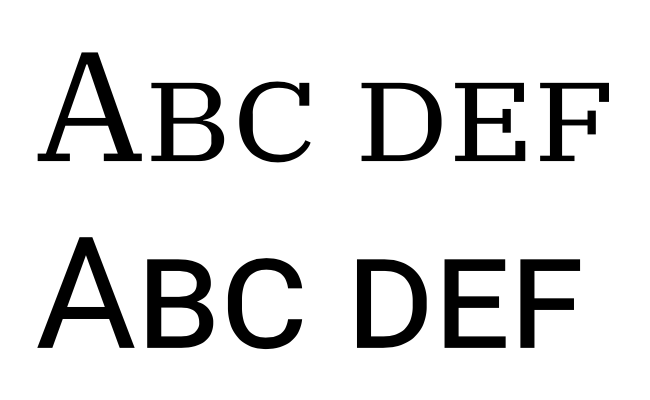 36
Fake small caps with XeTeX/fontspec?
1
Faked Small Caps as style
0
How to add small caps to the headers?

13
Different small-caps in mathpazo and tgpagella - which are better?
7
How to determine current font style
3
Is there a general method for obtaining small caps with custom fonts?
7
Italic small caps not working
2
How to replace italic small caps with upright small caps (using fontspec)?
1
Ignoring Greek text in Small-Caps Titles
1
EB Garamond, and fontspec for "optical bold" with small caps?
2
fontspec + xelatex: won't use small caps TTF
2
Replacing Small Caps When Undefined or Not Available