\underline and \overline spacing problem in the definition of mathematical operators

Disclaimer: I searched the TEX.SE before deciding to post this question since, despite having see several question addressing the spacing behavior of the \overline and \underline operators, no one of them seems giving me some advice on how to solve the problem described below. However, due to tight timing, I may have missed to find the right Q&A.

However, while being nearly satisfied of the result when using the Computer Modern fonts,

Thus my question is: is it possible to reduce the spacing between \overline and \underline operators and the \nabla and \Delta symbols while maintaining the triangular shape and expressing the spacing as a fraction of the symbol height, in order to maintain the feel "font change invariant"?

so the separation and the rule thickness are bound together if I make it over-large for effect you see: 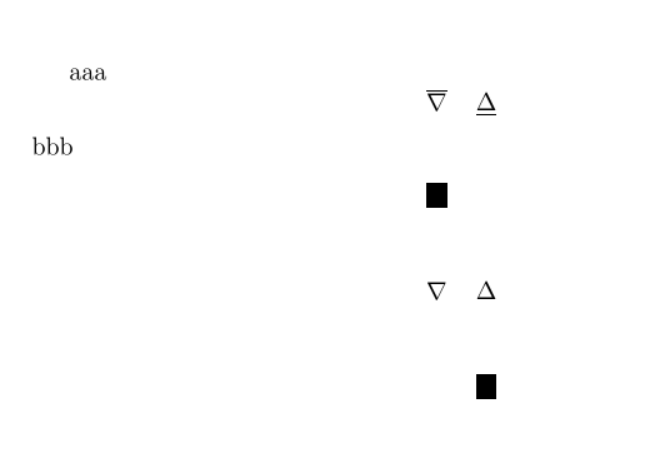 So it may be that by reducing fontdimen8 you get an acceptable setting, but that may make the actual bars too thin, depending on what you want.

The alternative is to avoid the underline primitive and construct the bars by hand using explicit rules.