For my taste, the vertical spacing above and below the fraction line is too small. I'm aware of the various questions that have been asked before (e.g., "vertical spacing in nested fraction"), but I do not find the solutions advocated there to be satisfactory.

What I would like to be able to do is to set either a global factor (for all fractions) or a local factor (for a specific fraction) that stretches the default spacing.

Any ideas on how I could achieve this?

You can use \cfrac, which is thought for continued fractions, which this is a case of: 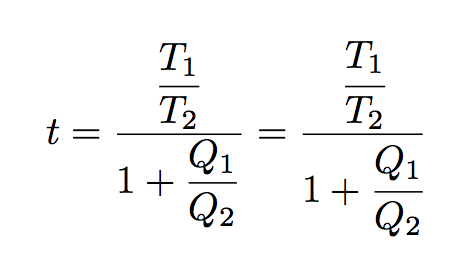 I would use inline-fraction notation rather than stack two \dfrac expressions. The presence of the / characters ensures almost automatically that the numerator and denominator terms are not placed too closely to the fraction bar. 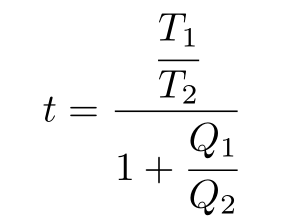 After unsuccessfully playing around trying to find a fix, I searched tex.stackexchange.com once more and found too little space between the bar on the denominator and the horizontal line, where Werner proposed building on amsmath's \genfrac command thus:

This does nearly all of what I want. The updated MWE is: 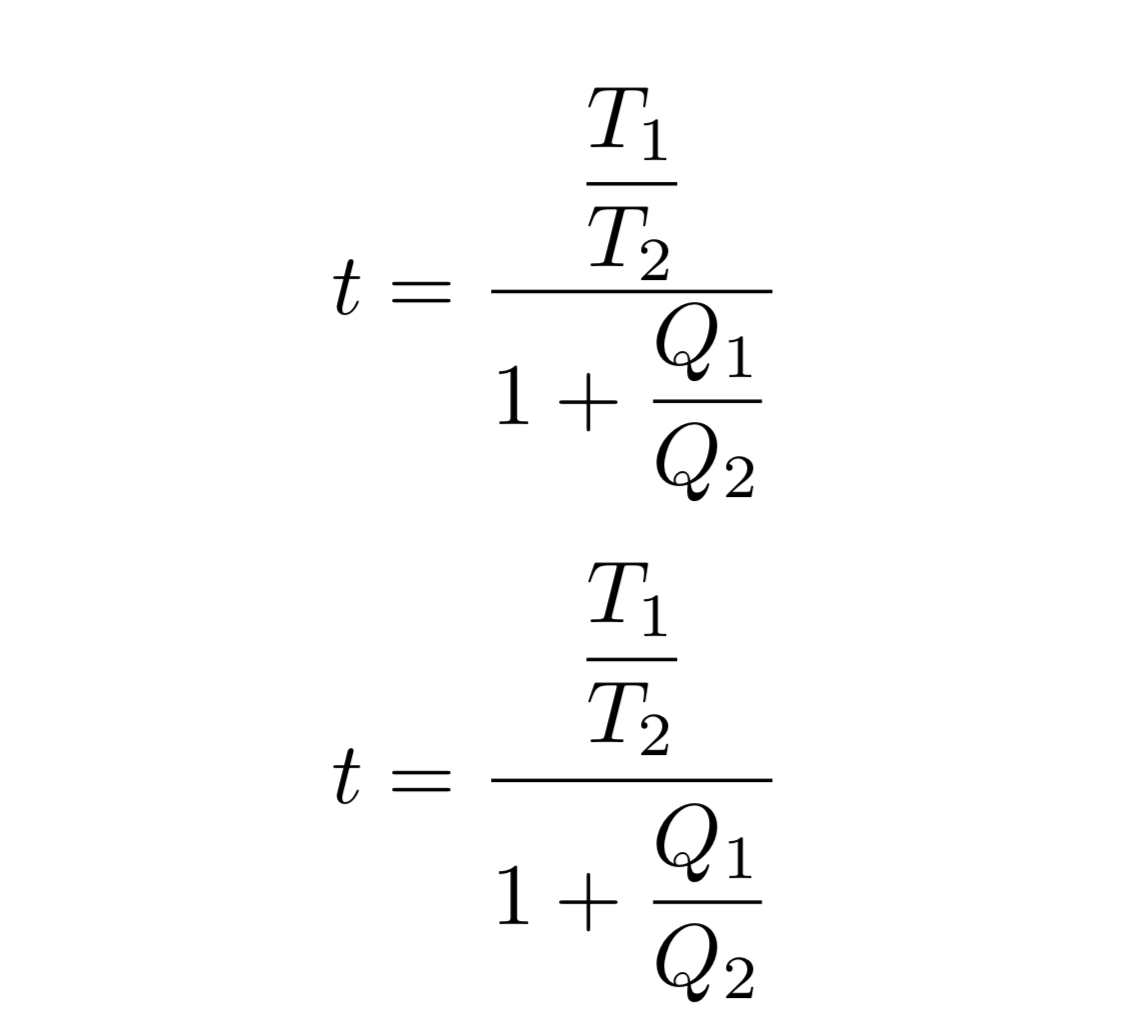 Separating the amounts by which the boxes are raised and lowered is a trivial extension:

This is a little late, but I have been experiencing the same problem. Until now I have been passive about it, but after I made the effort to switch to MathTime Pro II, I decided it was time to try to find a solution. After reading these posts:

Increase the vertical space in a fraction

\frac with mathpazo: bar too close to denominator

Add whitespace around a box

I came to the conclusion that the amsmath command \genfrac would probably meet my requirements if I could find a way to redefine/fine-tune the division line. According to the User’s Guide for the amsmath Package (Version 2.0), the signature of \genfrac is as follows:

Hence, if one could patch the existing definition with a new API that splits the thickness parameter into three sub-arguments, namely:

it would give me enough degrees of freedom without (I believe) endangering the typography of either TeX or mtpro2.

In words: I would like to be able to define a visible part of \genfrac's division line, that can be centered ("c") or moved up ("t") and down ("b") within the total height (thickness) of the line. Today, visiblethickness = totalthickness => only one degree of freedom.

Regarding the details, I am vague since I have no experience with programming in TeX at this level, so I leave the idea here for a while to see if someone who is more skilled than me picks it up before I make an attempt myself.

To increase the vertical spacing above and below the fraction line, we can use TikZ to customize as follows.

Not the answer you're looking for? Browse other questions tagged math-mode spacing amsmath or ask your own question.

14
too little space between the bar on the denominator and the horizontal line
11
Add whitespace around a box
4
\frac with mathpazo: bar too close to denominator
9
vertical spacing in nested fraction
4
Increase the vertical space in a fraction

18
Vertical position of punctuation following fractions in display-style equations
77
Vertical Spacing within align environment accounting for fractions
20
How to define the default vertical distance between nodes?
4
Adjusting the width of a displaymath environment
6
Defining new split environment with reduced spacing
6
A "fraction" with three stories and two bars (of equal length)
1
Adjusting vertical skip between equations
2
Adjusting vertical spacing in nested lists
0
How can I limit how much LaTeX can stretch the vertical spacing between definitions, theorems, lemmas, corollaries, proofs, etc.?