I have a figure I'm trying to insert which is in landscape and I'm using the following (snipped) code:

When I compile this with pdfLaTeX the output behaves as I'd expect – page in portrait with the caption at the bottom but the figure in the "wrong" orientation.

However when I compile using LaTeX, the page is turned landscape with the figure now in the correct orientation but with the caption at what is now the left of the page rather than under the figure, which you should get using \begin{landscape}.

When I do use the landscape environment and compile with LaTeX the caption the whole page is turned upside-down and everything is wrong.

Any ideas how I can get the correct orientation of landscape figure on landscape page with the caption under the figure (attached for reference)? I also need to use LaTeX rather that pdfLaTeX for another package to function.

This should work for you, without removing "unnecessary" packages:

This is a general minimal example using rotating

You can use the angle=90 option provided by graphicx package. 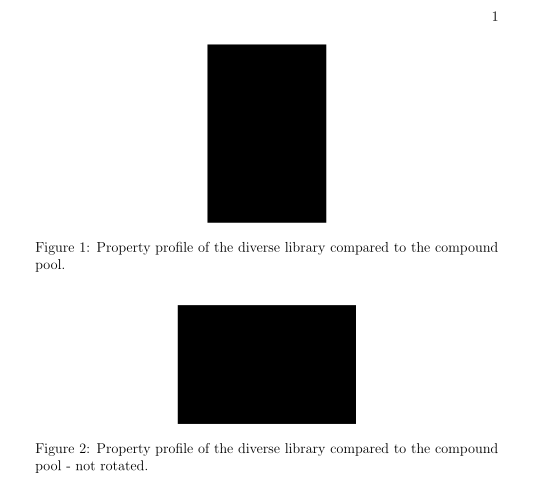 This way keeps your caption at the bottom. In addition to the rotation, I also need to scale the image: scale=0.6.

If the rotation is not in your desired direction, like Sideways figure always rotates clockwise

You may try to add figuresleft option to package

Not the answer you're looking for? Browse other questions tagged floats landscape or ask your own question.

0
How to place a picture in sharedlatex as landscape instead of portrait
329
How to change certain pages into landscape/portrait mode
15
“Extra }, or forgotten \endgroup” error
18
sidewaysfigure and landscape
5
Sideways figure always rotates clockwise
4
Including large images in landscape formatting
3
How to limit the size of figure+caption?
2
make caption alone in landscape
0
Rotate & center landscape table in document containing \sidesubfloat

2
Problems with alignment with landscape table
14
TikZ: anchors of special node “current page” seem to be incorrect in landscape
4
Landscape figure float obscuring text
4
Caption at the side of the PDF figure in landscape orientation
2
Figure on an even page and caption on the following page
8
Full-page landscape figure in middle of document
3
Rotate a large image and its caption
2
LaTeX, memoir, caption figure problem
1
Wrapping text around sideways table
0
figure in landscape in appendix