I want to format my chapter headings so they look something like this:

Here is the title for chapter 1

I can use the titlesec package to create most of this, but I can't get the first line I want, i.e. the chapter number surrounded by raised horizontal rules. I can almost get it right with \hrulefill using:

but the rule produced is at baseline height, and I cannot figure out how to raise the \hrulefill command. On the internet I stumbled on an alternative by using leaders:

but this also does not produce quite what I want. It successfully raises the line, but the result looks more like a series of concatenated small lines(of 1pt length, I guess), instead of a unified rule. I've tried to reduce the size of the individual units by setting it to something like \rule[#1]{0.1pt} but that seems to significantly slow down the rendering of my PDF viewer (in one instance it even crashed it). I'm not sure why.

I've also tried the xhfill package, but including two xrfill commands next to each seems to introduce a small gap between them.

Any ideas on how to achieve this, either by modifying \hfillrule or introducing some other commands ?

I don't think you need a hammersledge like TikZ to crack this nut. Is it something like this you're after? 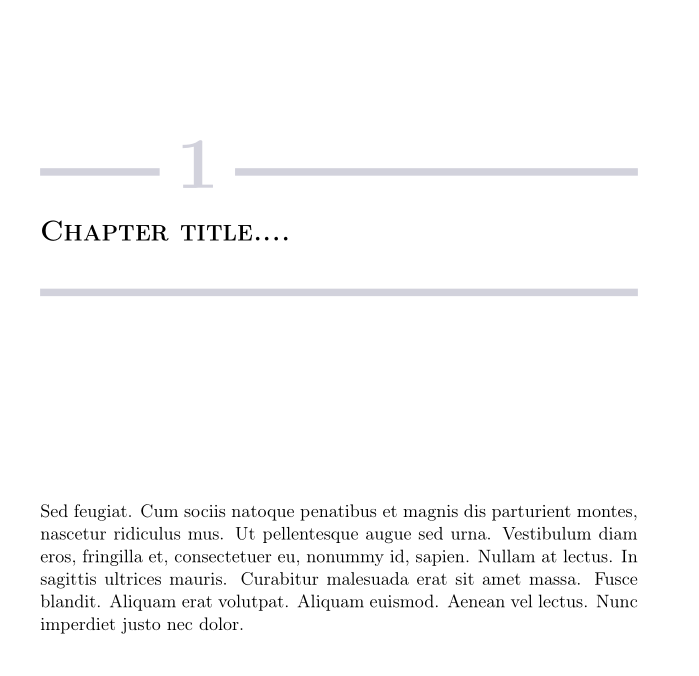 Not the answer you're looking for? Browse other questions tagged sectioning titlesec rules or ask your own question.

5
How to get a properly centred horizontal rule?
2
Start text on second page (without \chapter) at same position as on first page (with \chapter)
4
Help understanding Rules and Leaders in a memoir chapter head
1
\titleformat (in titlesec) doesn't show any horizontal line for chapter
2
How to center section when using \titleformat{\section}?
0
Rule after small caps subsection
1
How to fill section on titlesec
0
Get back standard title format with titlesec
3
Horizontal Rules Before and After Multicols
1
double or triple rule to the right-justified chapter heading