Tikz: The position of a label change step-wise and not in a continuous way

Consider the following MEW. I do not understand why the position of the label of i2 change step-wise and not in a continuous way. With 178-180 I get 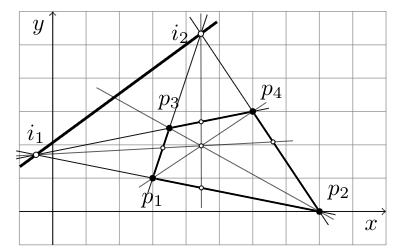 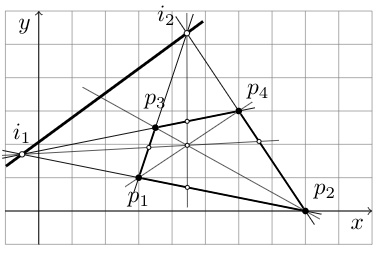 The first is too low, the second too high... It's an error of mine or a weakness of the system?

The behavior you encountered is duly documented in the TikZ & PGF manual, precisely on page 247 for version 3.1.4b. Relevant quotes:

So, to achieve precise positioning, either use the suggestion given in comments (like \path (i2) ++(160:1.5em) node{$i_2$} ;) or apply what the last quoted sentence says using the anchor option, as in

Here, the 177 corresponds to 〈angle〉 in the above quote from the manual and is relative to the empty node created by \node (...) at (i2) {}; (the default is above, i.e., 90), whereas the anchor=357 concerns the node created by the label option. I kept a difference of 180° between them so that they face each other. Here is the output with: 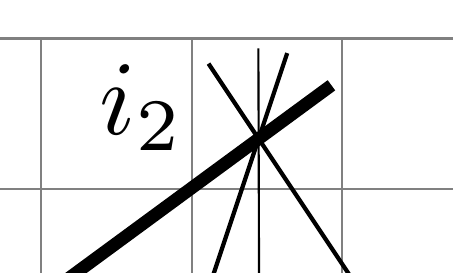 To understand the positioning well, I suggest to try something like this: 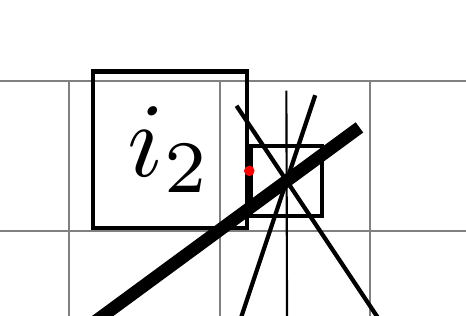 This way, the function that maps the angle to the $i_2$ label is continuous (modulo the limited precision of floating point representation), but as mentioned in the comments, one can make the function even more regular by using the circle shape for both nodes: 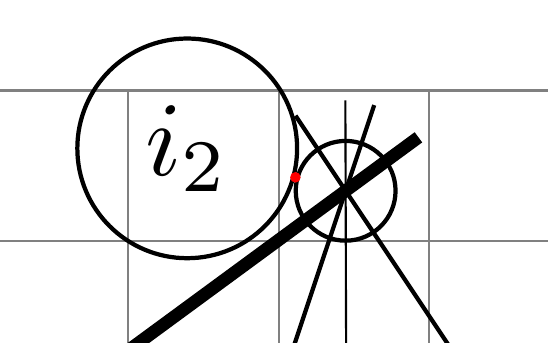 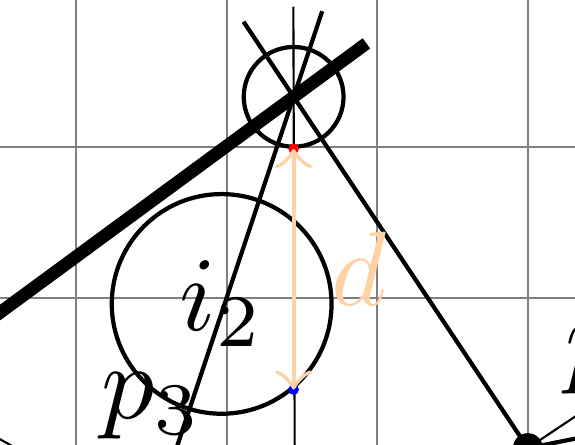 Too long for a comment.
Continous variation can be seen for higher label distance.

Not the answer you're looking for? Browse other questions tagged tikz-pgf formatting or ask your own question.

11
How to define the default vertical distance between nodes?
5
Calculate the intersection between a path enclosed by a `scope` and another path
12
Numerical conditional within tikz keys?
6
TikZ/ERD: node (=Entity) label on the inside
3
Size relative to line thickness/invariant under scaling
13
TikZ: Drawing an arc from an intersection to an intersection
3
Adjusting edge alignment and positioning of fitted node
8
Line up nested tikz enviroments or how to get rid of them
3
Marking a point on parabola (like ellipse)
4
Tikz set label position using pgfkey