I'd like to use a short(ish) quote, of a paragraph, within my article. However, if I use an environment such as {quote}, there's a massive indentation - something like 25% of the entire column text width is taken up by the indent, making it feel rather awkward, and take up a lot of space.

I was wondering how people idiomatically format or lay out such block quotes in the more narrow format of two-column (A4 or letter) text.

I was thinking of elements such as a background hatch, italicizing the font or changing its family; using a frame; using a bar on one or both sides; using some graphical element at the beginning and ending corner (top-left and bottom-right for LTR languages); or some combination of the above. But - I don't want something innovative or novel, and certainly not something which would attract too much attention or seem garish.

If the question seems too general: I'm using the acmart.cls document class - the ACM's master document class - with the sigconf option (here's a sample document); so, you can answer assuming that's how the document looks like in general.

What I've done as a sort of an easy default is use the quoting package, like so: 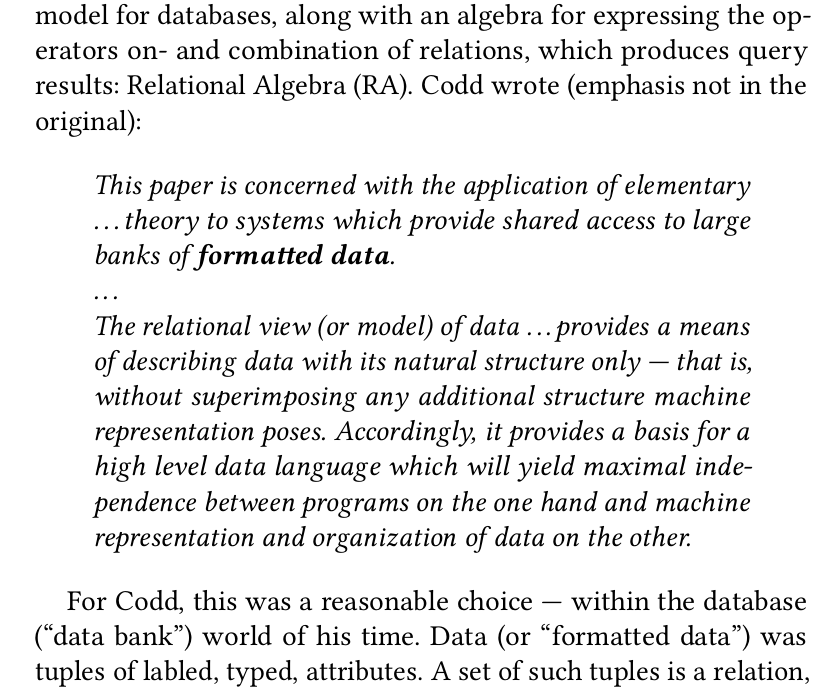 I would have reduced the margins even further, but then the left side of the quote seems sort of flush with the nexr paragraph's indent.

Not the answer you're looking for? Browse other questions tagged two-column acmart quotation or ask your own question.