I'm typesetting a book for which I use twocolumn declaration in the documentclass (it's a very long science book with many tables and figures so I didn't want to redeclare the twocolumn env. after every fullwidth image/table so I chose the document class way).

At the start of each chapter, there's a quote which I would like to keep onecolumn (ie. at the width of \textwidth), so I don't have it only in the 1st column but rather above both of the columns. So far I've tried minipage environment and \parbox which both do give me a box with width of \textwidth, but the second column isn't pushed lower beneath the quote box so it overflows it. When I've tried a hack using

the quote displayed as I wanted above both columns but at the next page, not right under the chapter heading. When I've tried to use \Floatbarrier from placeins package, the 2nd column overflown the quote as with the other solutions.

My current setup (posting only MWE here, I have lots of other packages loaded which, I believe, are irrelevant to this) which gives me the undesired result of the quote being in only the 1st column, not above both the columns, is this:

Which results in this when compiled in Lualatex: 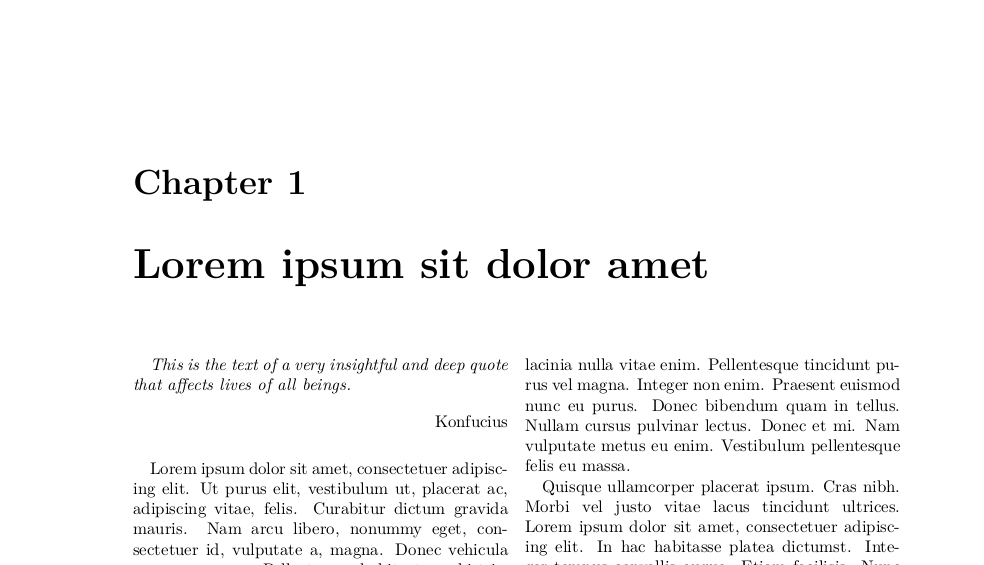 Is there any way I can produce this desired result in Latex? 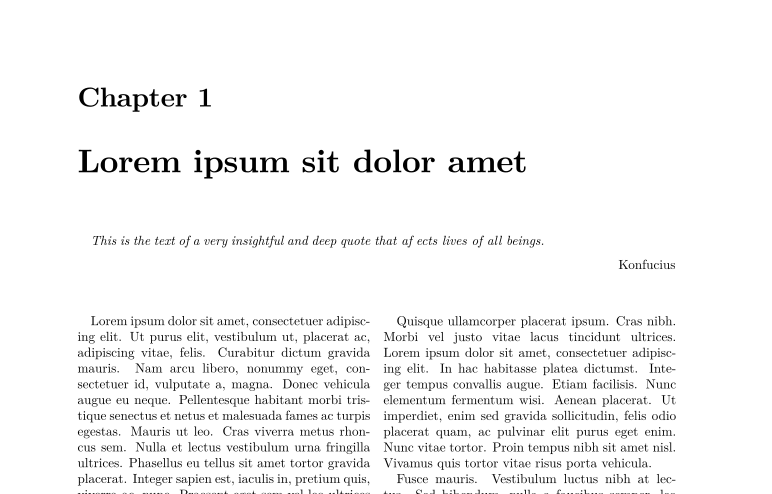 Thanks a lot for your help.

With use of the macro strip from the package cuted: 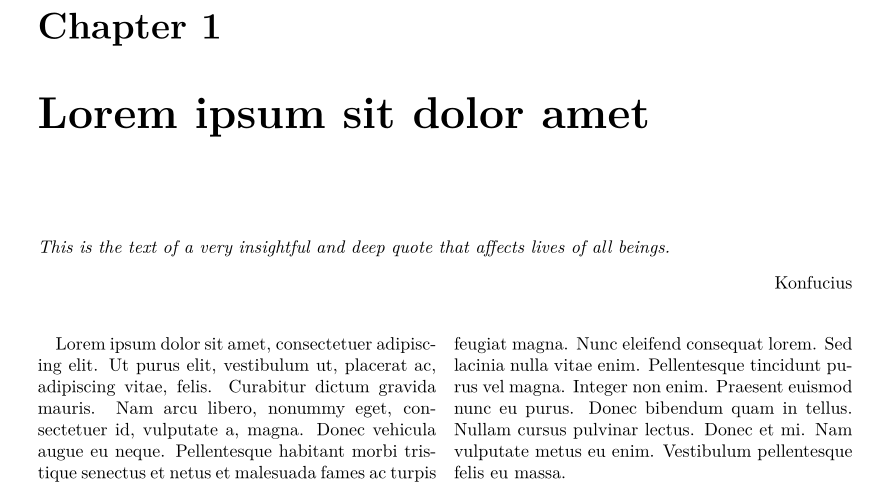 In addition to the strip environment, I would recommend using the epigraph package, which can easily be adapted to your taste: 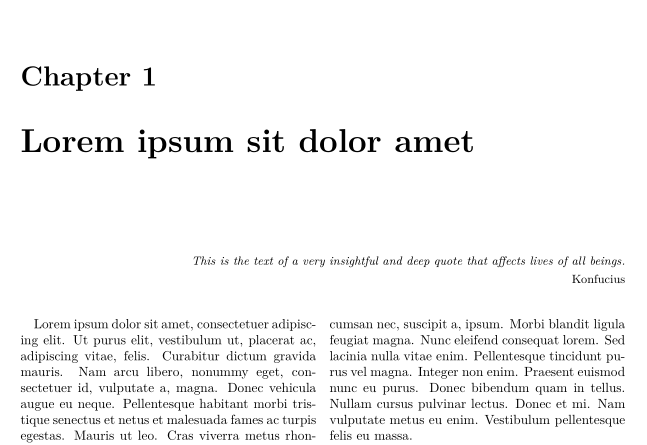 This solution modifies \@makechapterhead to include the quote, which is stored in a savebox ahead of time by \chapterquote.

Note that flushright is a list and adds extra space above and below, where as \makebox does not.

One can simplify the code somewhat by using the etoolbox package to edit \@makechapterhead.

Not the answer you're looking for? Browse other questions tagged two-column or ask your own question.

45
What are vertical and horizontal modes?