How do I prevent poor formatting when using ltablex package and nesting tabularx environments?

I'm preparing a long table (> 1 page, so I'm using the longtable package) that is set to take up the full \textwidth of a page. I aim to produce both letter- and A4-sized versions of the document, but as these standards have different sizes, the table with have different widths in each of the documents.

I expect to expand the table some in the future, and I'd like to avoid manually adjusting the relevant length parameters whenever I switch back and forth between the letter and A4 formats. Thus, I am using the tabularx package and (for the rightmost column) the X column type it furnishes that expands so that the table has the designated width. In order to use simultaneously the features of longtable and tabularx I am using the ltablex package, which is designed for this purpose.

! Extra alignment tab has been changed to \cr. <template> \endtemplate

In an answer to a related question David Carlisle gave a workaround for this issue, defining a command restoretx that restores the ability to nest tabularx environments.

This allows, for example, one to create nested tables, so that, e.g., this m.w.e. compiles and produces the expected results: 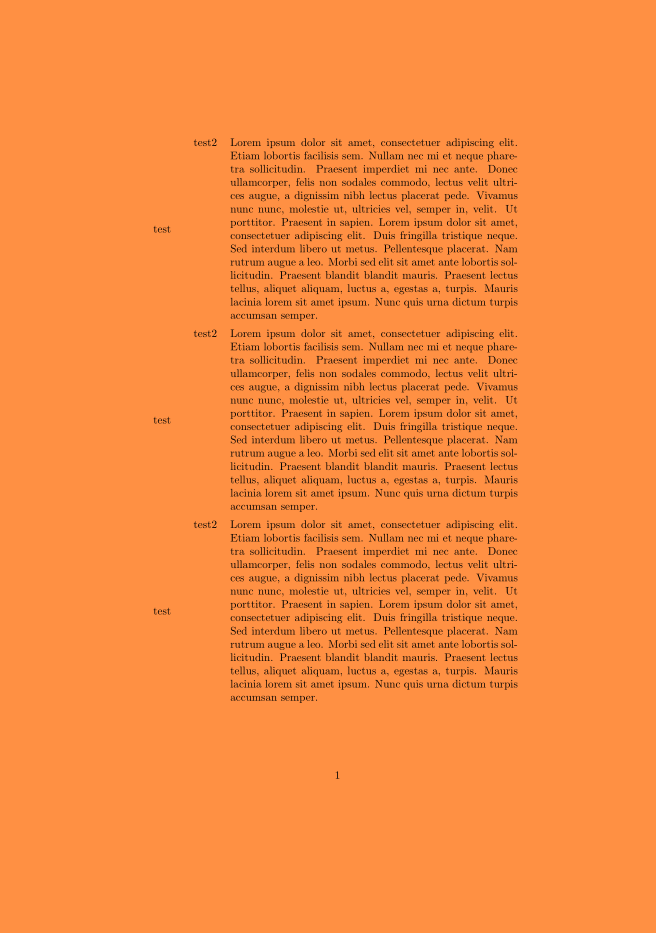 The number of rows in the above example is not accidental: If we add a small number of additional copies of the row test & \innerTable{test2}{\blindtext[1]} \\ then the file will still compile, but the formatting breaks badly. In this case a typical page now looks like 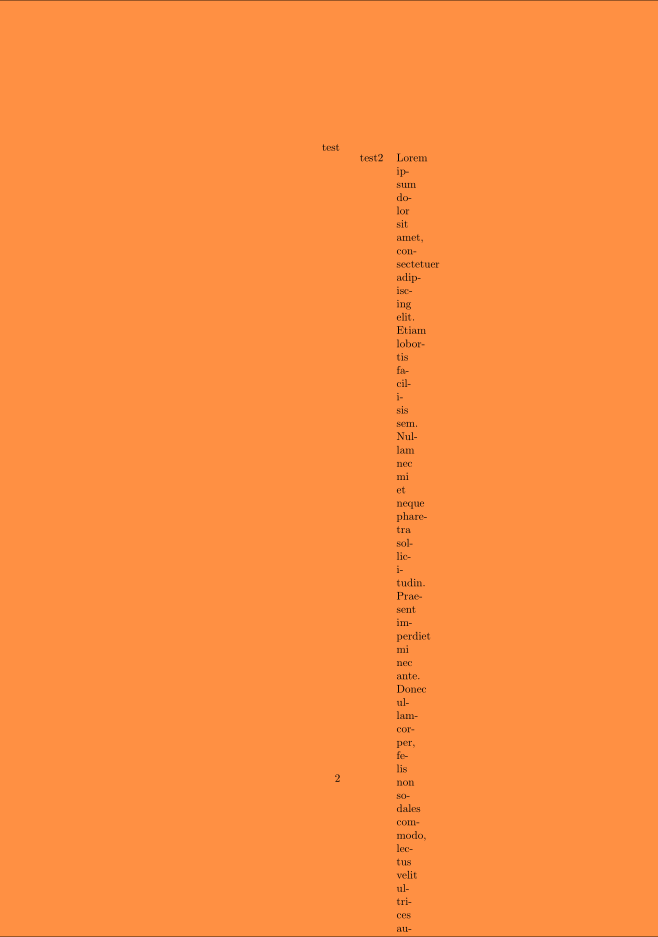 Worse, this behavior is inconsistent across runs: Sometimes a file with 40 copies of the line will compile correctly, other times not.

I know that the tabularx package (and so probably the ltablex package) tries to compute for each column of type X an appropriate width by some iterative process, so I suppose this warning means that the package gave up on trying to find a good width.

Is there a way to compel ltablex to try harder to find a good width for an X column, albeit at the cost of time/memory? (The table I'm actually working with is much longer than the one above, ~170 rows.) Or is there another workaround that still uses nested xtabular environments with X columns? If this is hopeless (or even if it's not), what other methods can be used to achieve the same end?

Some possible solutions---and the reasons I initially rejected them---which I might have might have to settle for:

This question is similar, by the way, but the OP's aim there is evidently somewhat different from mine, since the accepted answer thereto (also by David Carlisle, incidentally) uses columns of manually defined widths, which is exactly what I aim to avoid.

Edit A posted answer suggests using the xltabular package instead of the ltablex package. This package has the apparent advantage that one doesn't need to define a command like \restoretx in the m.w.e. above, but using the package it does not resolve the issue in the question. In fact, it produces output whose formatting is broken in essentially the same way: 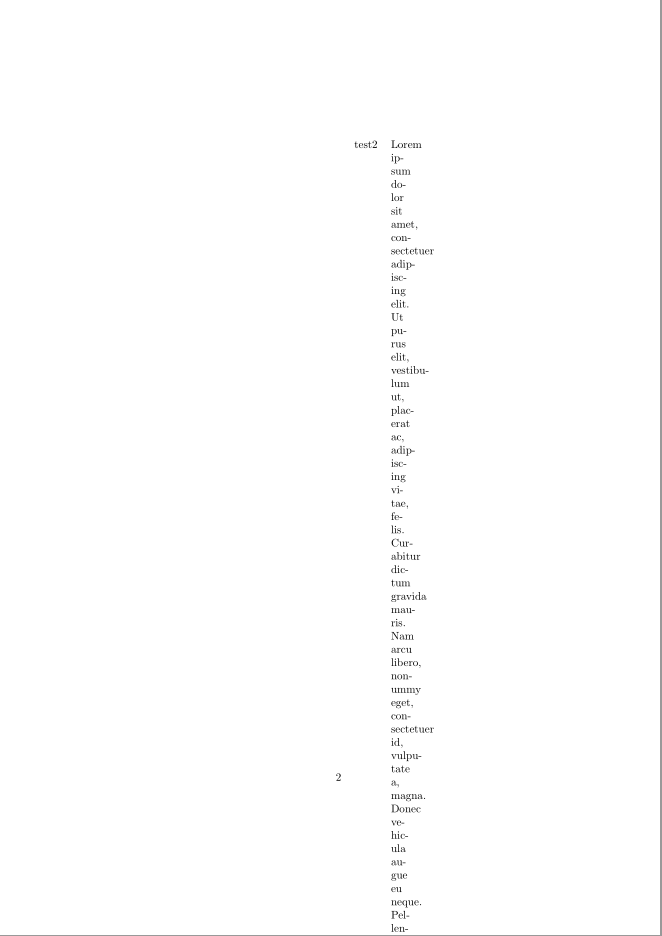 Edit. The tabularx package is not suited for use as nested tables in some other table. As some test show, it can be nested up to 45 time, than the calculation of X column width (in each nested tabularx doesn't work any more.

If this can be resolved is question for package authors.

Meanwhile this limitation can be avoided on two ways:

In both cases I would instead ltablex (which redefines abularx in lots of ways one is that, by default it turns X columns into l columns for small tables) rather use xltabular. For the second case, the solution can be: 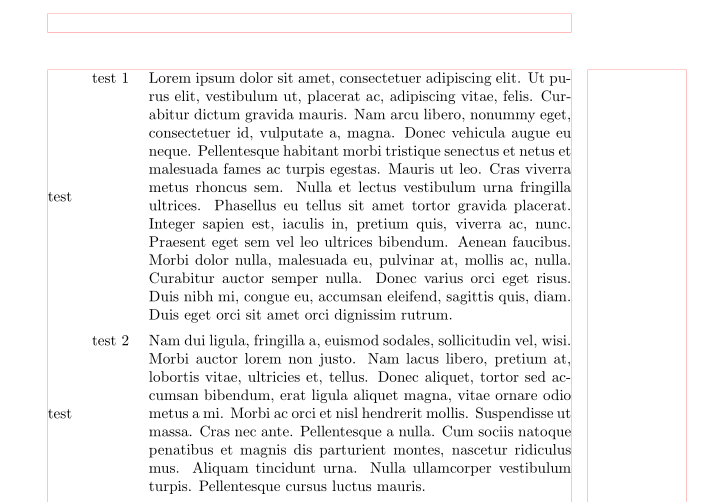 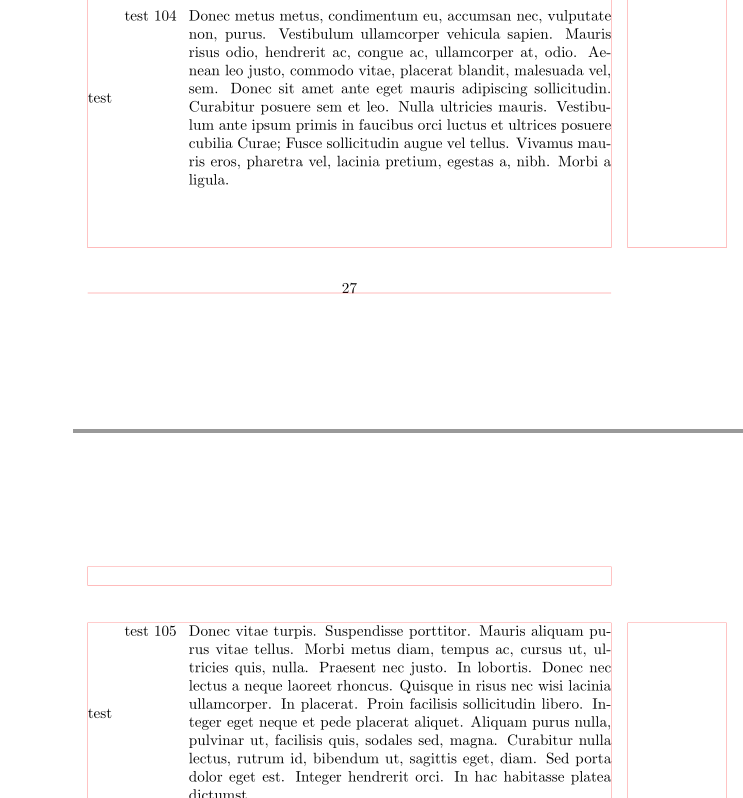 Addendum: You can elegantly avoid all problems by aligning of the cells' contents to their top. In this case, table nesting is no longer required, and the table record is shorter:

which gives (to my opinion, of course) nicer, more professional looking result: 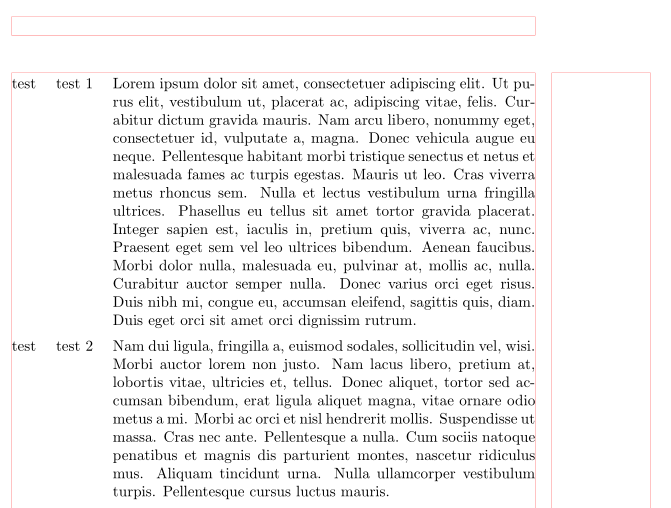 Not the answer you're looking for? Browse other questions tagged tables longtable tabularx ltablex or ask your own question.