How to set two tabular environments, horizontally aligned, to the width needed for the larger?

I tried setting them in a single tabular, but then both columns got too wide, making the total both too wide and unpleasant to read. In other words, it won't do have both tables share a first column, because that column will be too wide for the first table to be readable. And they can't share a second column, because the second table won't really have room for a second column of that width.

However, if they have the same total width, everything should look good. But I don't know how to find that total width other then playing guessing games with tabular* and explicit widths.

Is there a way to change the following MWE so that the second table is set to the width of the first table? (With suitable \extracolsep). 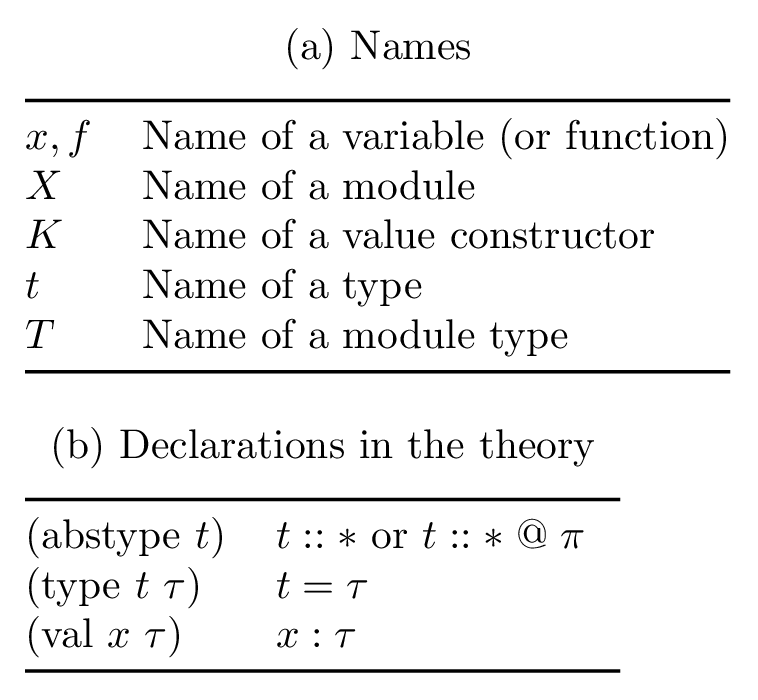 I'd set the captions and the rules in the outer (main) tabular and use two inner tabulars for the actual data: 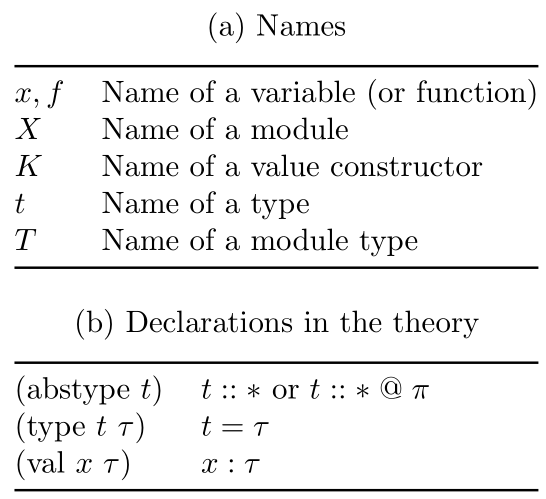 REVISED: Here it is, WITHOUT tabular*.

I took the OP's MWE and enclosed the larger width tabular portion in its own sub-tabular, using \multicolumn to place it. 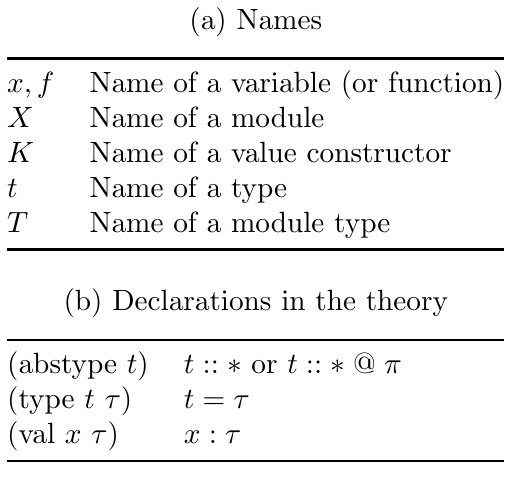 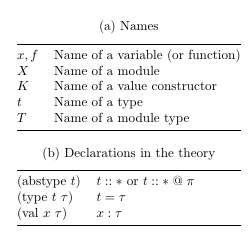 Not the answer you're looking for? Browse other questions tagged tables horizontal-alignment or ask your own question.

1
Manual column spacing in tabular environment and centering
6
Tabular fixed width
4
siunitx table with separate-uncertainty is too wide
14
How to align horizontally two tabular environments
3
Table Width Issue in {Tabular} & Table Column Width Adjustment Issue in {Tabu}
3
Adding column to table in Latex and optimizing columns width
0
How to center a two-column table's separator on a page, not the entire table