I am currently writing a report (documentclass: scrreport) for my University. I'm pretty close to the deadline and I'm only polishing the formatting at the moment but there's one problem I can't get a solution to.

I want to include a list of abbreviations (LOA) (which I have produced manually) in between my TOC and the introduction. But whichever way I try it, there's always a problem. The current setup (the one closest to what I need) is that the LOA is a chapter but without the counting:

The LOA now shows up in my TOC as it should: its page is a roman numeral. However, the problem is that the TOC shows my LOA as chapter 1, but when I click on it, it jumps to the introduction which shows up as "2" in the TOC but still as "1" in the text. Also, the header for the LOA now says "Contents", instead of "List of abbreviations".

and assigning it to only my LOA but it didn't work and the new pagestyle has been adapted to every page - apart from the pages whith new chapters on them, which use the "plain" style afaik.

I've got to say that I don't really understand the fancyhdr package, even though I read the manual. I assume the problem has something to do with this package but I don't see what it could be.

Note that in the original document I use 'subfiles' which I couldn't implement in this example but might have some effect because now, the LOA doesn't show up in the TOC and the chapter numbering is correct...

Unfortunaly there is no MWE in the question. And I am not sure, if I have understood, what you want to do.

With the KOMA-Script class scrreprt you can use \addchap to get an unnumbered chapter with TOC and header entries: 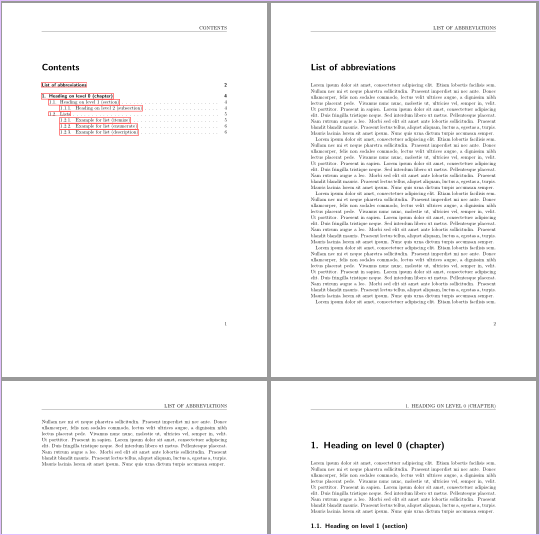 If the chapter prefix should be in header (like in your pictures) then remove the redefinition of \chaptermark: 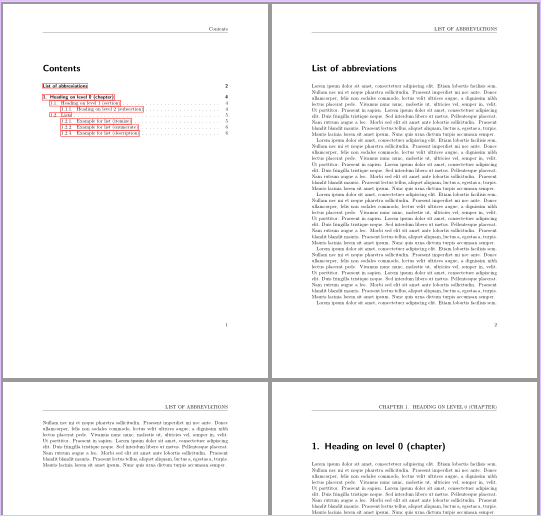 Not the answer you're looking for? Browse other questions tagged table-of-contents chapters fancyhdr scrreprt header or ask your own question.

4
Change pagestyle to plain for first page of an unnumbered chapter
12
Problem with \chapter* and fancyhdr
2
How can I make pages after the first come out correctly with fancyhdr?
2
How to show Mini table only sections in a chapter not other chapter?
0
Page number is centered even though it should be left/right
1
Defining a New \pagestyle Using Fancyhdr
2
Remove the page number at the bottom center of each new chapter start page