Can someone give me a hint how do I obtain hieroglyphs numerals 1--1000 in XeTeX? I'm using this package:

I need a macro with

\hg{\n} which prints \n in Hieroglyphs.

Your solution is good, but for the fact that it already uses incorrect character at number 1!

I need to accomplish these both things at once: to correct the starting number according to the snippet below and to extend the following sequence of roman,arabic,babyloniannum to hieroglyphs. My base will be 10. 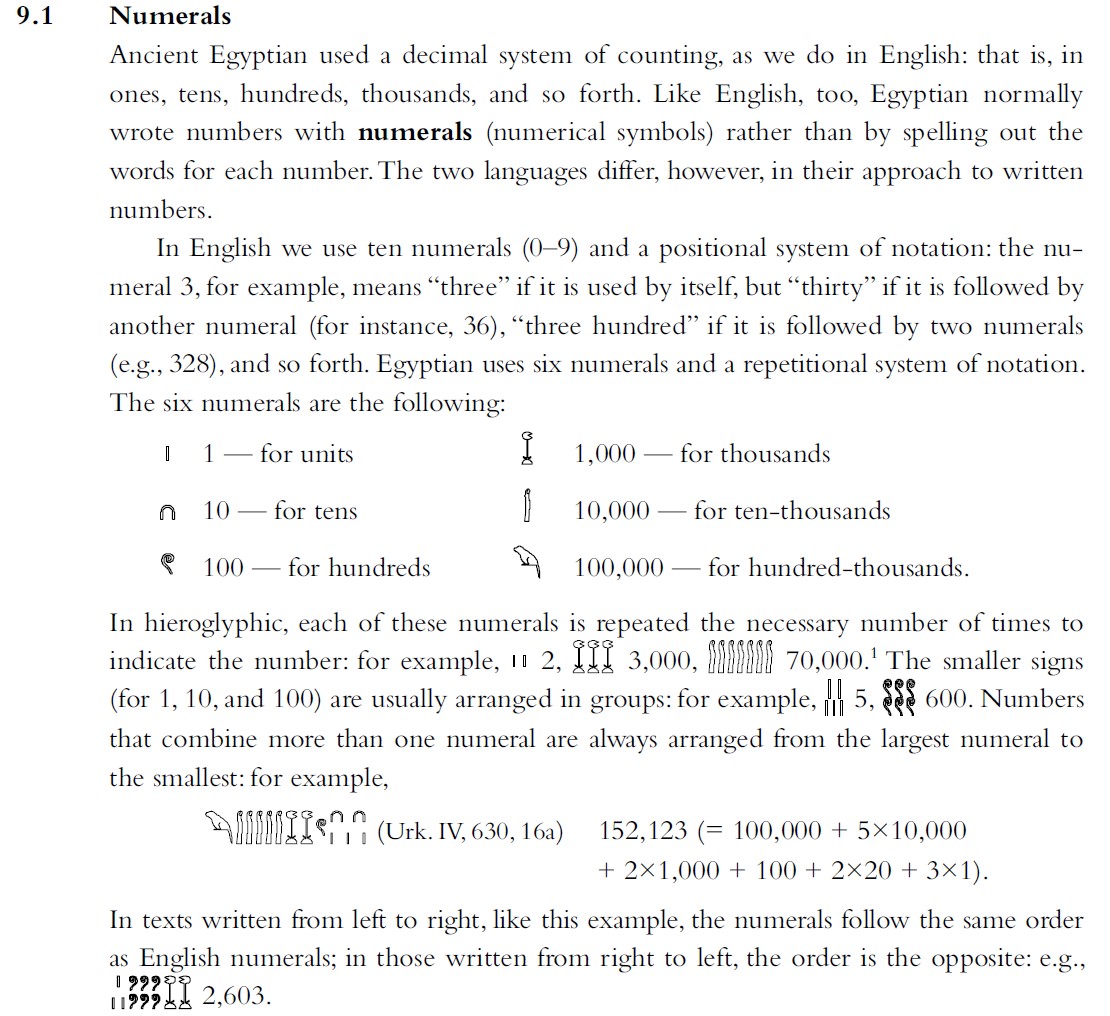 UPDATE: Thanks for posting an MWE. Here is something that does that. 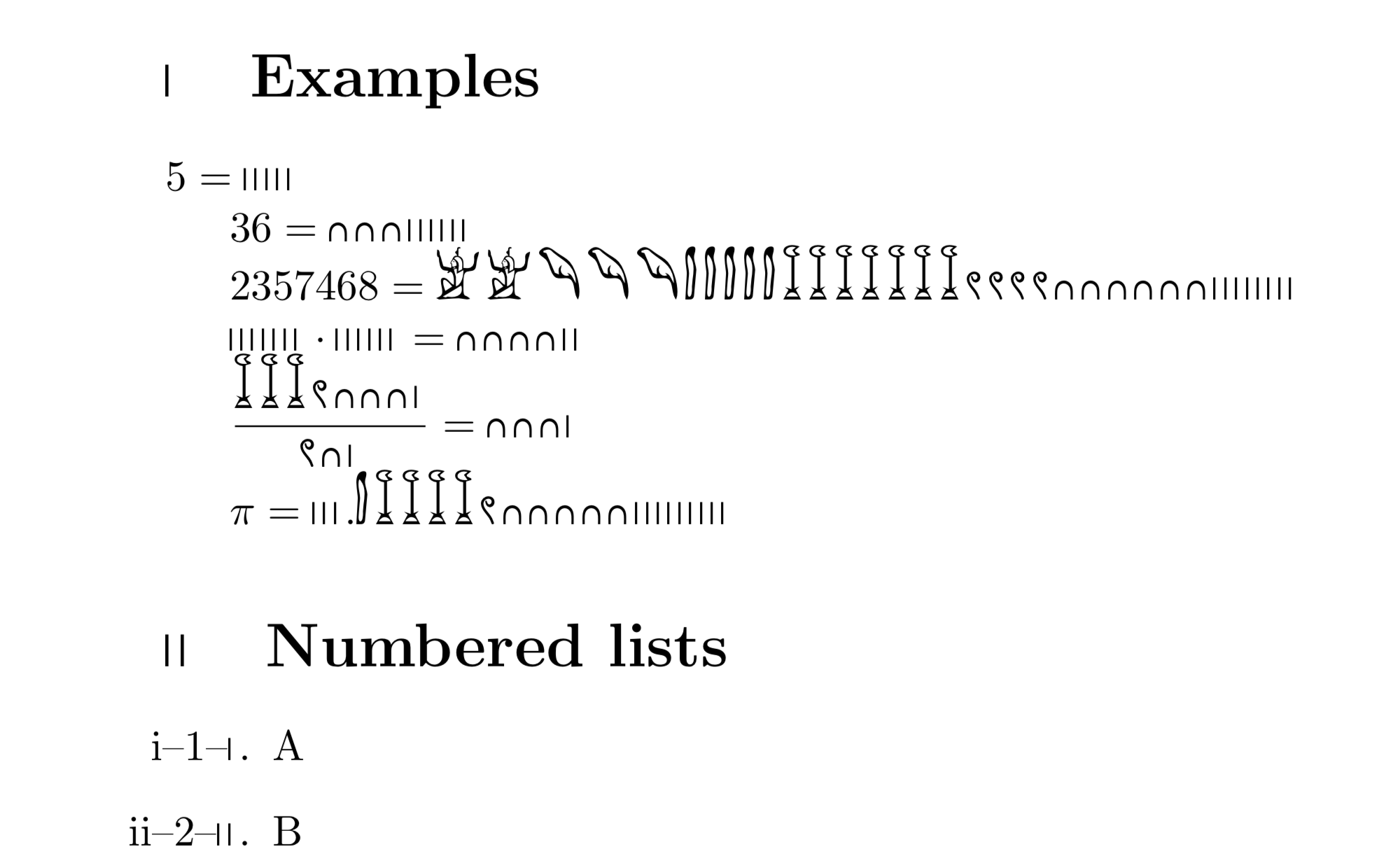 OLD (AND COMPLETELY UNEGYTIAN) ANSWER: I'd like to start by saying that I have no idea whatsoever about hieroglyphs. This is just for fun. I copied some of the hieroglyphs from the hieroglf package source. Since there was a block of 74+1 of them, this gives you numerals with base 74. If you want another base, please provide an MWE from which I can learn what the appropriate digits and base are. Other than that I added a clumsy modulo and int function that does not need extra packages. If you want to make this more elegant, you may want to specify if you are OK with loading xint or pgf.

@user2925716 sent me an email about this and I responded with some information and suggested asking here, not realising that he had already done so. This is not a complete answer but might help others give one.

The Egyptians used the decimal numbering system. The hieroglf package provides glyphs for numbers, \Hone for units, \Hten for tens, \Hhundred for hundreds. The Egyptians repeated the glyphs to make up the required number.

I don't know how the number, say 39, should be represented. I understand that the representation of 234 should consist of 2 of \Hhundred, 3 of \Hten and 4 of \Hone but how the glyphs should be ordered within the document I do not know. I guess that it is a matter of aesthetics and may well depend on how the adjacent glyphs are laid out.

It seems that you might need some code that converts a number into the required number of glyphs, which I assume somebody can do for you, but then these need to be assembled into something that the Egyptians would recognize as a number. Perhaps up to you?

Here is a solution using fontspec and expl3. It’s not very compact, but in my opinion, it’s a lot more readable than the legacy solution.

Not the answer you're looking for? Browse other questions tagged numbering enumerate counters or ask your own question.