I would like to plot a graph of this function:

Either way, it's a symbolic expression, and as far as I'm aware, LaTeX can't solve it for me. Wolframalpha can't solve this either. Unfortunately, I don't have access to Mathematica to plot it.

Failing an exact plot of the function, I tried to simply capture its behaviour, as I know it should look similar to 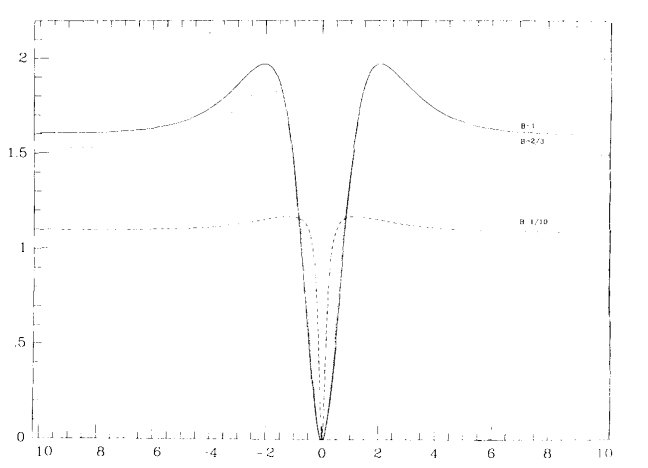 The numbers on the axis and graph aren't important, I would simply like to be able to draw a graph like in the image. I can't think of a function that captures a similar behaviour however. Is there a way to literally draw a curve in LaTeX?

Welcome! I am sure you can tweak the parameters to find an even better fit, but to very first approximation this is just a linear combination of two Gaussians of opposite signs, different amplitudes and widths (plus a shift by pi/2). You can play with the widths and prefactors to get a better fit. 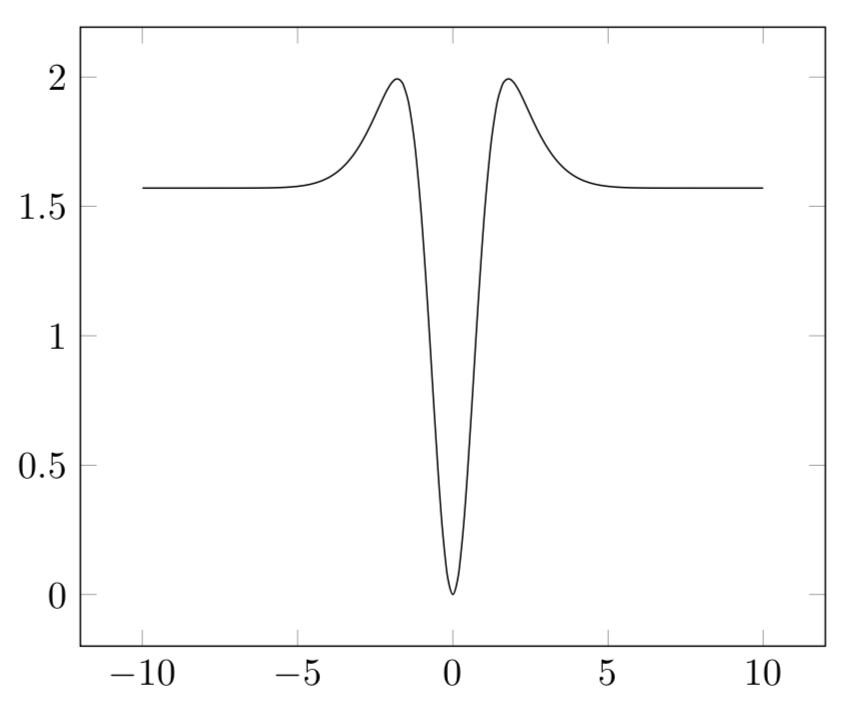 Not the answer you're looking for? Browse other questions tagged tikz-pgf pgfplots plot or ask your own question.