I'm trying to create a a bipartite object that has the \textwidth at most, and doesn't overflow from the right, but has the width of the separator given as an argument.

I attempted to achieve this by scaling the left side with the first optional argument and then subtracting the same amount from the right. Problem is, this doesn't compile. The error message vaguely mentions that \relax is expecting a number, but I don't understand why doesn't it work.

A workaround would be to add another optional argument and always do the computation myself, however I don't like that, among other things, because I would need to renumber the arguments.

I changed the algorithm: the vertical line has 0.15in to either side (your had a standard interword space on the left and 0.15in to the right).

The width of the other minipage is computed as “the complement to one of #1 times \textwidth minus 0.3in (the paddings) minus 0.4pt (the rule).

I also added vertical spaces at the top and bottom, rather than just the bottom. 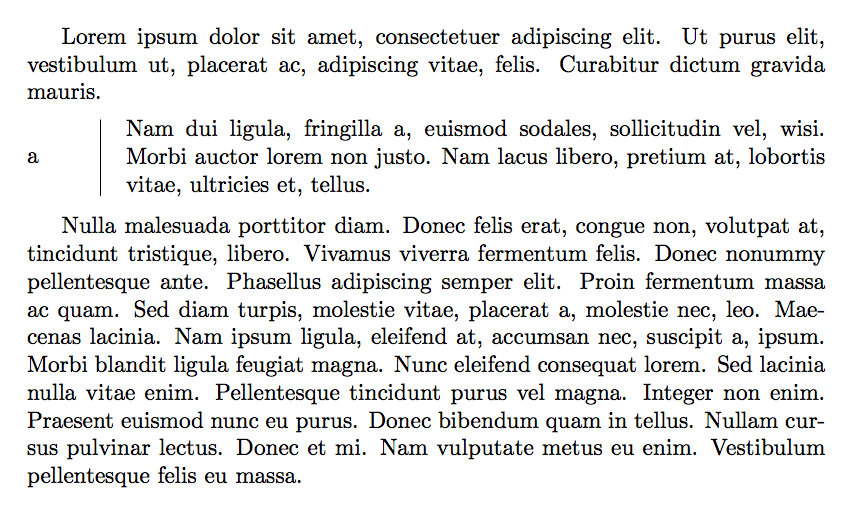 Not the answer you're looking for? Browse other questions tagged lengths arithmetic or ask your own question.

10
Displaying rubber lengths in arbitrary units
2
Arithmetic in tabular lengths ( p{...} )
2
Difference of lengths
7
Notation for lengths
7
How to link 2 lengths
10
Divide two lengths
5
Adding lengths with the plus and minus syntax
1
Problem with lengths
1
Lengths not as specified