Simplest way to place cropped image on other image (Tikz)

(I'm sure lots of ppl have had this exact same problem before, but I could not find it anywhere.)

I have two PNG files, A & B. Image A is like a frame, so it has an empty area in the middle. In this area I want to put some part of image B. I probably do not want to change the "aspect ratio", so same scaling of this part in both dimensions. 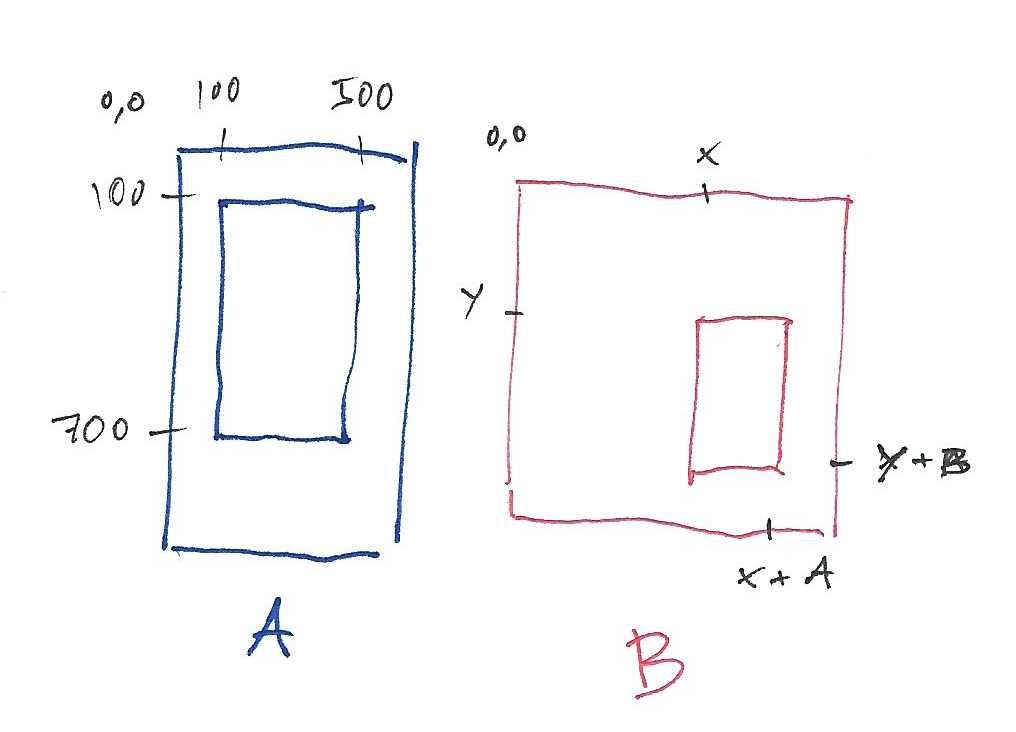 I also want to scale image A arbitrarily. Currently I have (e.g.):

How can I add the bit from image B (image_b.png) most easily. I have the feeling it should be possible without defining any new commands, or introducing any named variables.

Clarification: I want to be able to change the distances X,Y,A,B easily, so preferably they should each occur exactly once.

More: the cropped and scaled part from image B does not have to fit exactly in the area on image A. Also, the lengths do not have to be pixels. It can be metric or fractions or whatever. I just want a reasonably compact piece of code.

This shows one way to insert a cropped image into a hole in another image.

The saveboxes give us the dimensions of the images in something other than pixels. The scope is used simply to make the clip local. The \fill is there just to show were the hole is.

Note that the clip is defined an terms of the hole in A. All you have to do is move image B around and whatever is over the hole will be cropped to fit.

Not the answer you're looking for? Browse other questions tagged tikz-pgf scaling crop png or ask your own question.