I need to output some .pngs of the whole page (in fact, I need the left and the right page sticked, I am currently doing this by imagemagick). I am aware that this can be done with the standalone class, but I need to do this with whole books in the memoir class (like this one).

I could do this by getting the pdf and then using some pdf utils but I was wondering if there were more efficient ways to do this (as I'll do this thousands of times). Closest I get to my ideal result is using dvipng, using the -T bbox option, which sadly leaves out some margins. Any other options that work directly with the .tex file or the .dvi output?

For an specific case, having as a source file this:

And then using the command dvipng -T 5.675in,8.5in example.dvi shows a really different image than what was expected. The 5.675in,8.5in part was taken from the memoir class doc table 1.3. Notice how the left part is cut too. 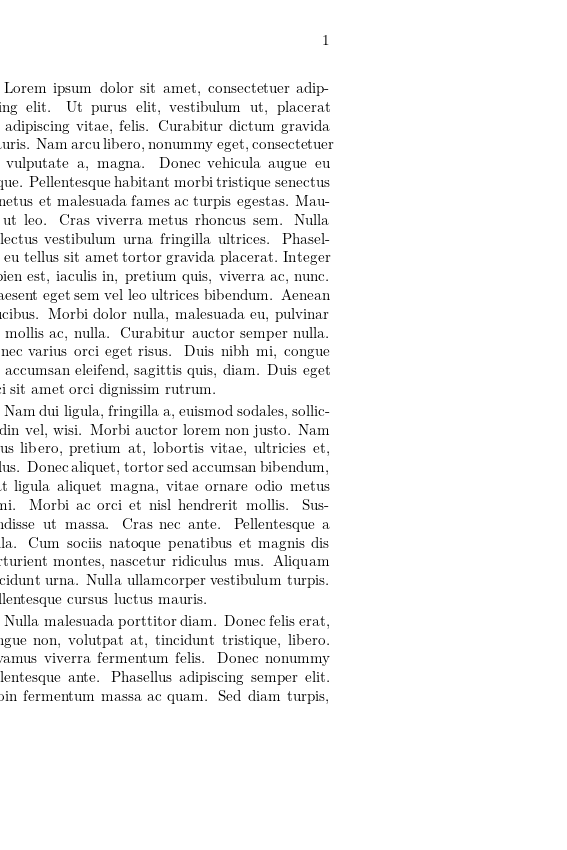 If you have access to it, I would use the pdftoppm util which is part of the poppler utilities for manipulating pdf files.

(I am not sure what you meant by having the left and right page "sticked".)

Taking your example file (which I name as testpng.tex) I can run

which generates the pages as PDFs. Then I run

(the -png switch asks to output in png format, and the tpn argument sets the prefix of the output png files) This command generates three png files (since you started with three pages in the PDF output) named tpn-1.png, tpn-2.png, and tpn-3.png. The second page, for example, looks like 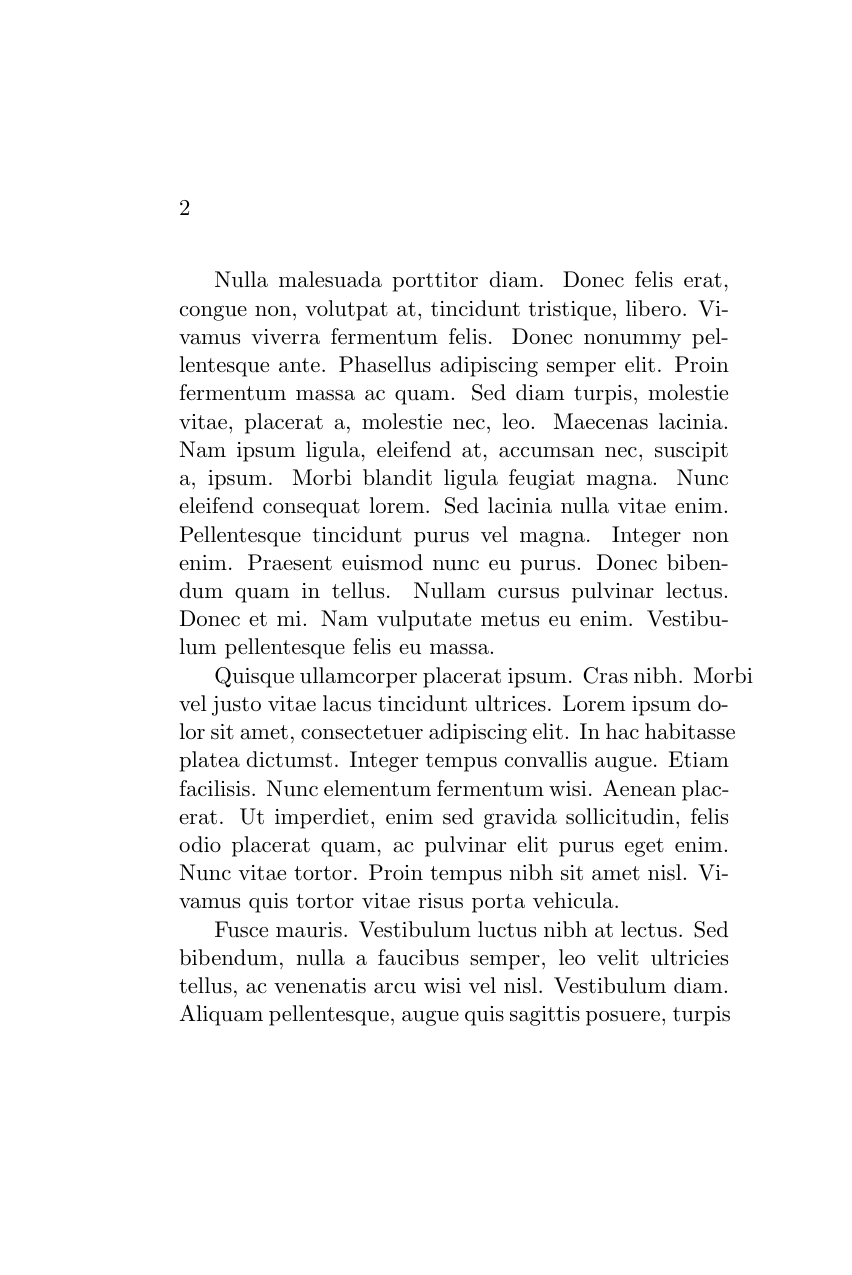 which I think has the correct margins. You can read the man page to see what else it can do.

An alternative is to use the dvipng tool, which, as the OP noted, runs faster. The problem the OP observed is that after specifying the paper size, the margins appear incorrectly.

This is because how dvipng outputs based on the -T parameter:

To illustrate this, consider the following TeX source

This has heavily unbalanced margins. If you use dvipng -T5in,7in, what you see for the first two pages are: 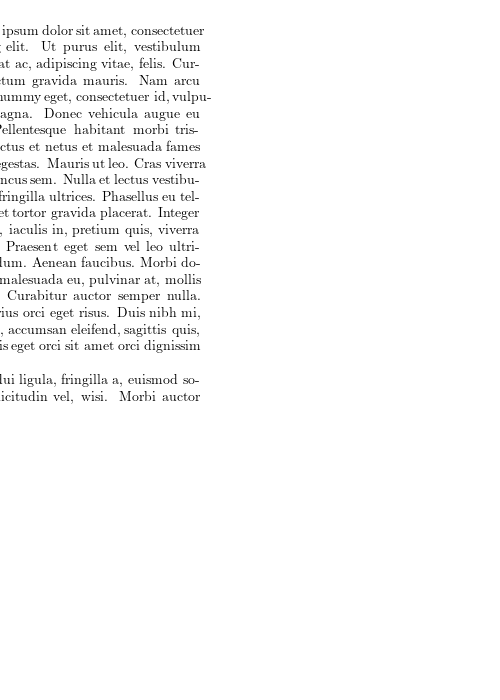 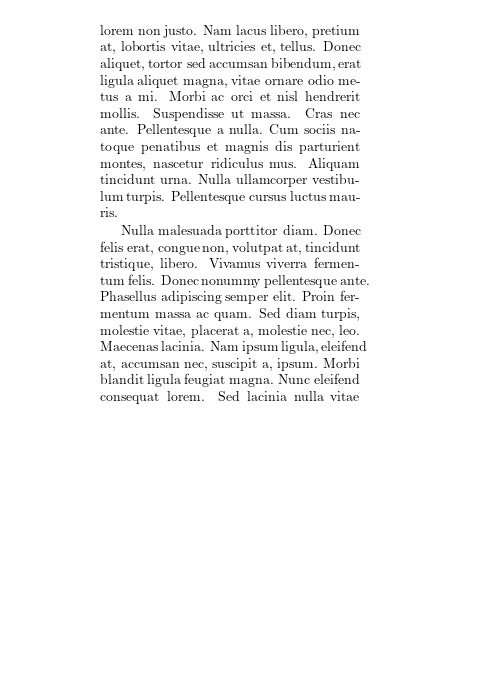 You see that part of the text on page 1 is truncated, that is because the inner margin is set to be 0.4in which is less than 1 in from the edge. You can also measure if you wish to find that in both cases the remaining top margin is exactly 0.2in, which means both page numbers now disappear.

To get the full page as intended, all you need to do is to shift the dvi origin by exactly 1 inch both horizontally and vertically, so that it now lines up with the top left corner of the page. Note that no guesswork or eyeballing is required. Here is the outputs for the same two pages using dvipng -T5in,7in -O1in,1in; note that the heavily asymmetrical margins are respected and unlike what David suggested, no fiddling around with the document's actual margins is required to set the offset parameter. 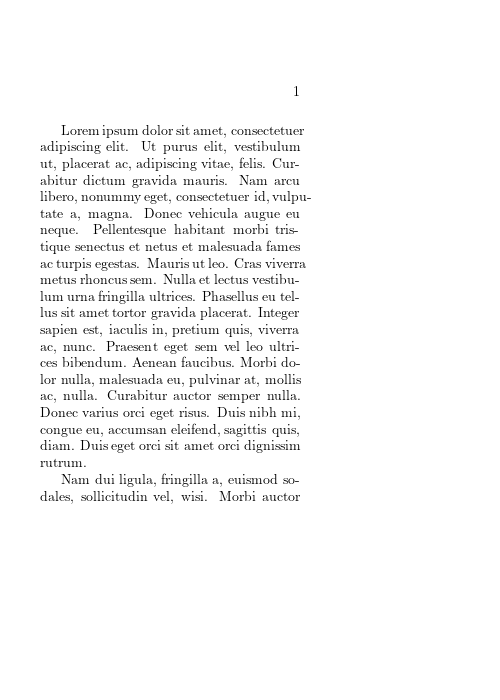 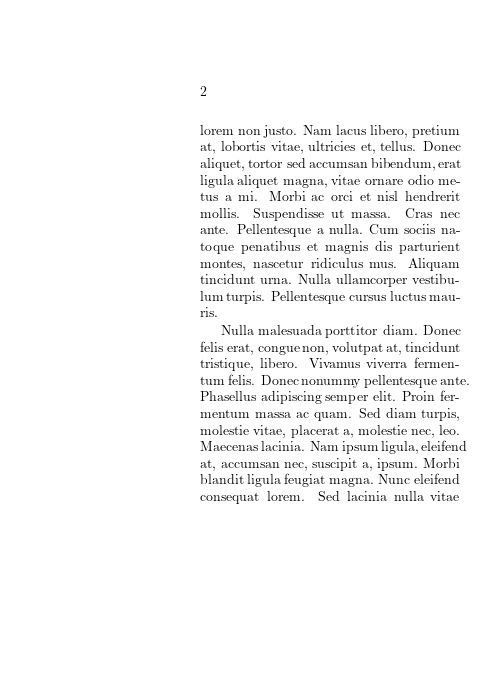 Not the answer you're looking for? Browse other questions tagged png or ask your own question.