I want to model the marriage of second cousins in the genealogytree package. The following MWE illustrates the case. The code for the left tree is analogous. 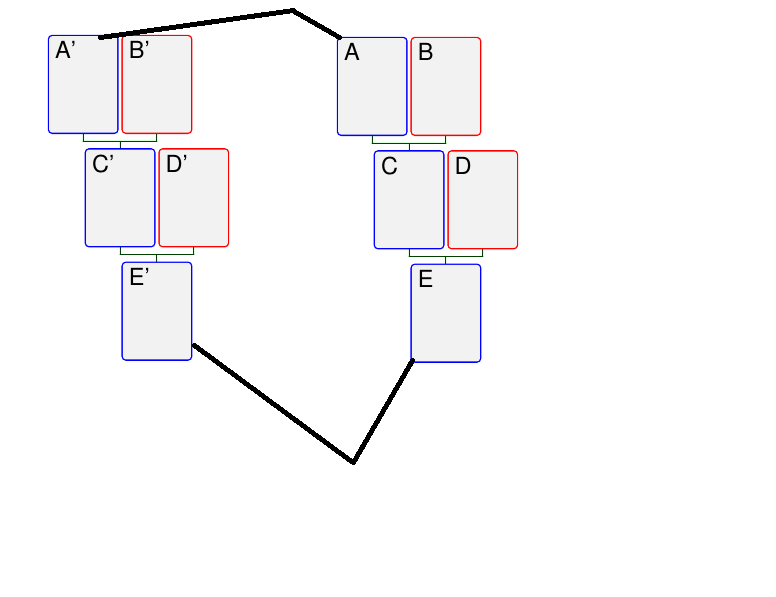 I want to join the two families at both ends, indicated with the bright lines. Joining two genealogy trees at one end, i.e. including ancestors of husband/wife is easily done with the set id option. For example, the trees going up from the intersection of E and E' to the separate trees of E and E' are easily modeled with the set id option. But how do I join the trees again at the top, i.e. such that A and A' share the same parents but are part of different genealogytree{ ...} commands?

After the answer of Schroedinger's cat, I want to rephrase the question. I do not want drawn lines but instead I want to add a tree within the options of genealogytree to incorporate the relationship described above. Let me spill it out as detailed as possible what is given and what I intend. I see three separate genealogy trees here:

1) I have a set of parents, 0M and 0F, which are not shown in the figure and have ancestors as well. 0M and 0F have a child A which has a grandchild E. I want to model this as tree 1.

2) E has children, grandchildren etc. on its own. This I call tree 2. The ancestors of E, i.e. 0M and 0F and their ancestors, are added to tree 2 by 'set position id' options in genealogy tree.

The difficulty now arises with the third three.

3) The other son of 0M and 0F, A', also has a grandchild E'. The tree of A' shall be called tree 3. His grandchild now marries E of tree 1 which is his second cousin. The problem I want to solve is how I position tree 3 both at 0M and 0F of tree 1 in the upper part and tree 2 in the lower part. How do I do that?

This is basically a repetition of @cfr's answer of your previous question. Give the nodes ids, and use them. What is new here is the use of scopes and the calc library. 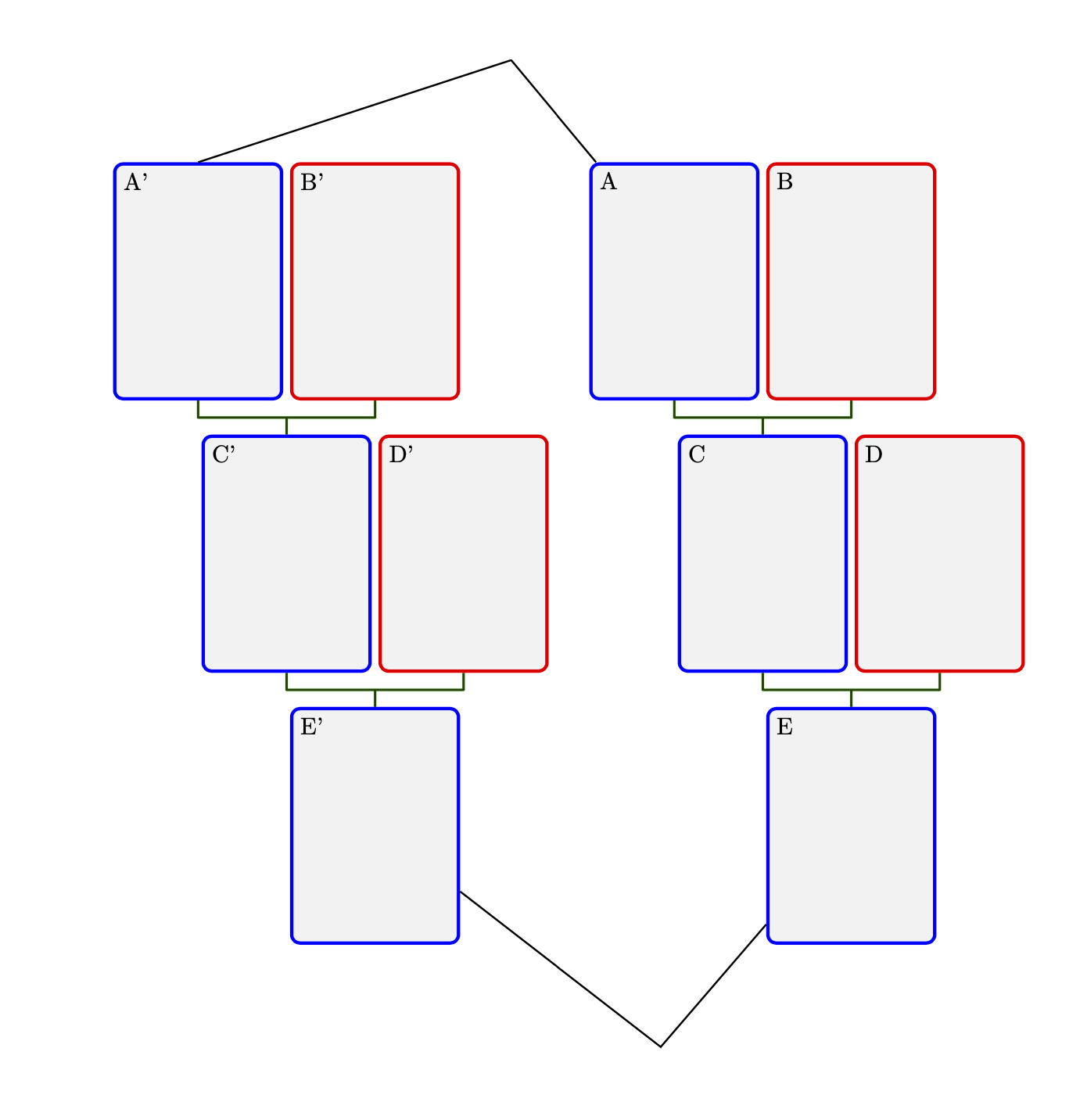 Please note that as of now the figure is a bit too wide for the basic article class, but I am assuming that you will, like most of us, make the pages a bit wider with the geometry package.

Not the answer you're looking for? Browse other questions tagged tikz-pgf tikz-trees genealogytree or ask your own question.

1
Custom edges between two nodes in tikz and genealogy tree

4
Forcing a node or a tier to be set below a certain other node in forest
7
Aligning nodes in tikz / genealogytree package
2
TIKZ Tree: Change angle between Nodes
2
Siblings in top-level of genealogytree, without extra space
1
Combined tree with several marriages
4
{genealogytree} How to model my Cousins
4
Horizontal line to join married couple in genealogy trees