How to remove line number from \tcc comments in algorithm2e

I am trying to write an algorithm using algorithm2e. I have to use \tcc comments at different phases of the algorithm. When I am adding \tcc comment in the code, in the output, each \tcc comments are appearing line-numbered. An example code is as below and the output is also attached herewith.

Can anyone please suggest me, how to remove line numbers from \tcc comments. In the image, I highlighted those 2 \tcc lines, where I do not want any line number. Rather I want line number starts from "Initialization", that is appearing step 2 instead of step 1 in the output. 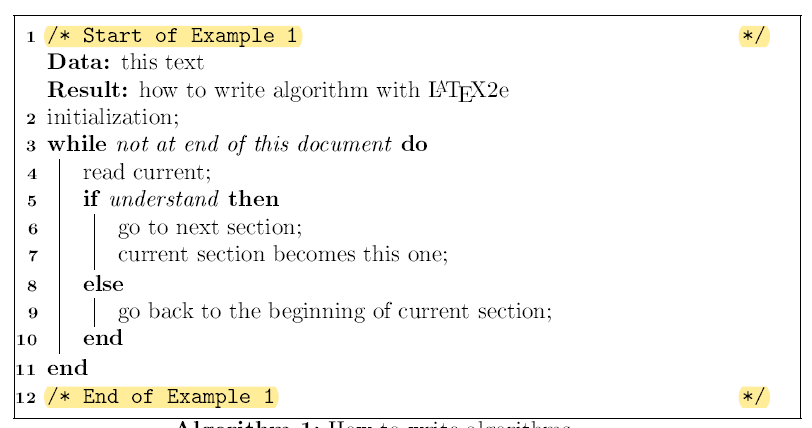 Based on your previous question you're using the following algorithm2e options:

Remove the commentsnumbered option if you don't want the comment lines numbered... 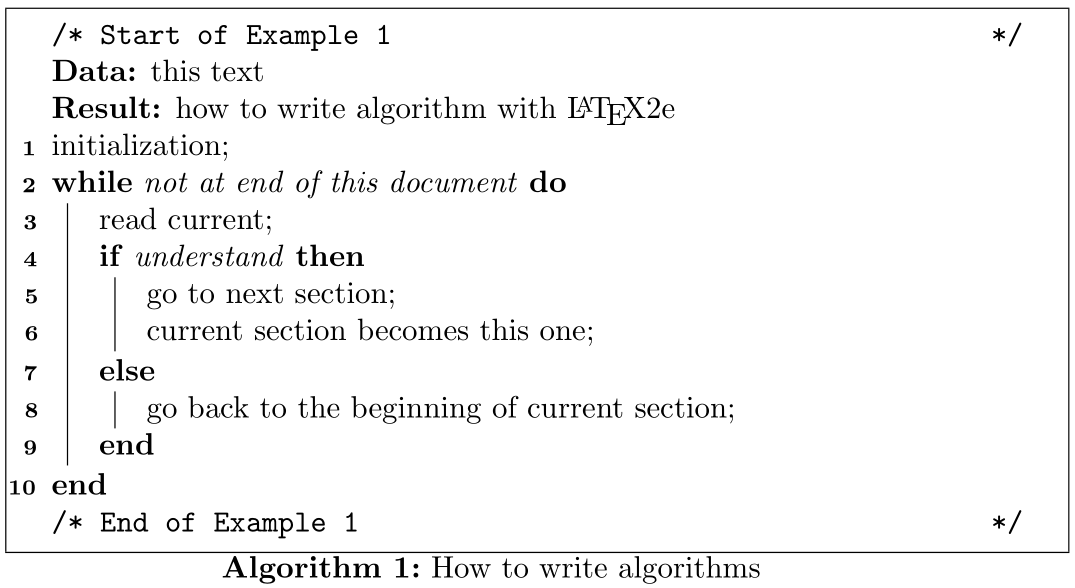 Not the answer you're looking for? Browse other questions tagged algorithm2e line-numbering or ask your own question.

11
How to customize the number in the caption of an algorithm in algorithm2e
5
Line number error using "Require" and "Ensure" in package{algorithmicx}
6
How to avoid the number line for comments under algorithm2e
26
Algorithm2e - Disabling line numbers for specific lines
5
How to reinitialize the lines counter for algorithms?
0
Algorithm2e line breaks missing
1
Writing an algorithm using algorithm2e in LaTeX
0
algorithm2e options algonl and boxed seem to clash