I want to run this code in order to print all lines (including each of the blank lines) of the argument inside \PrintAllLines{}. For that, I would like to use the parselines package, because it recognizes well all blank lines. \obeylines is not an option, because it doesn't recognize multiple blank lines under each other.

Does someone have a good idea how to handle this?

Is it maybe possible to pass an argument through \PrintAllLines{}, but using something else then the code #1, so that the internal #1 of \begin{parse lines}[\noindent]{#1\\} works well?

A MWE would be great, as I'm new to LaTeX and still learning.

Since parselines was only a means to an end (retaining each linefeed), here is another means. Using listofitems, with a macro definition. 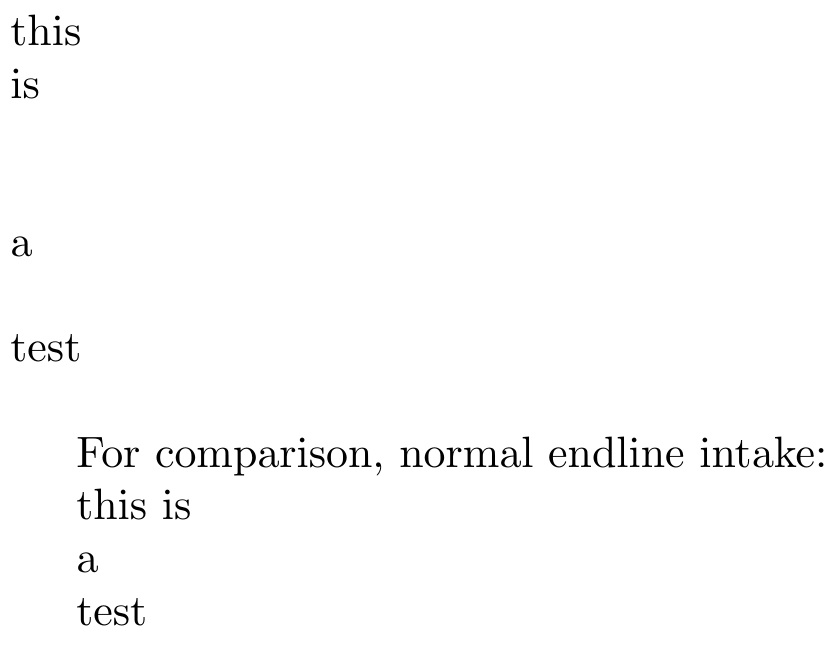 Customization is easy, just by changing the \foreachitem argument. For example, if \foreachitem\z\in\mytest[]{\noindent\makebox[2em][l]{\scriptsize\zcnt:}\z\\}% is used, this is the result: 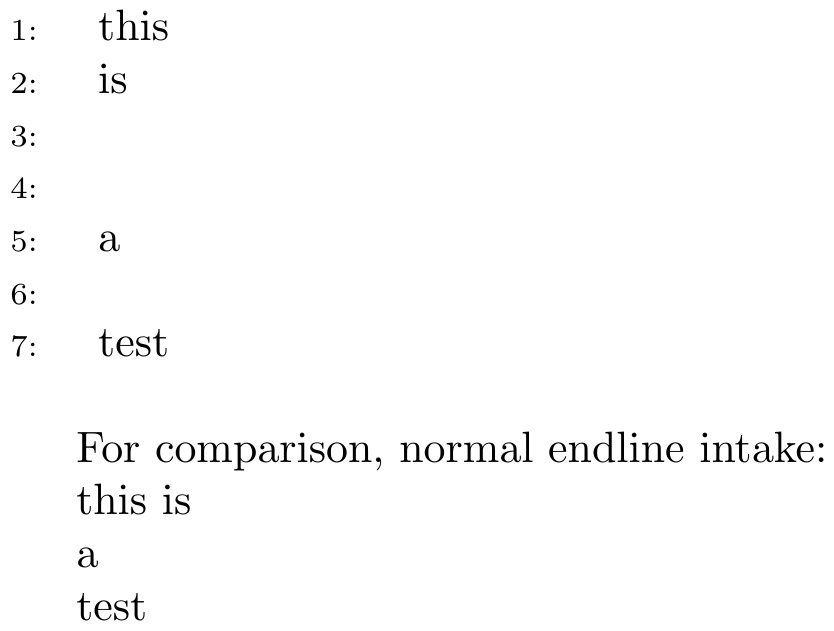 As write Phelype Oleinik you can't use parse lines environment in \newcommand because of implementation features.

But you can define own environment for simplify your work, like this:

Not the answer you're looking for? Browse other questions tagged macros arguments or ask your own question.

3
Macro to allow for alignment points within its argument
6
listings package and latex3 variable
9
Custom verbatim that sets all spaces (“ ”) as visible spaces (“␣”) that can line-break
3
A mysterious blank line come from an \hskip?
2
Reset a sub-macro at every run of the macro
2
LyX | change macro argument order
0
How to remove trailing space from the argument in this href-url_encode
4
Define macro whose argument is a word
8
Macro that takes any latex code as an argument