Why is there no space after my minipage but before my text?

When I compile it with pdflatex it produces the following output. 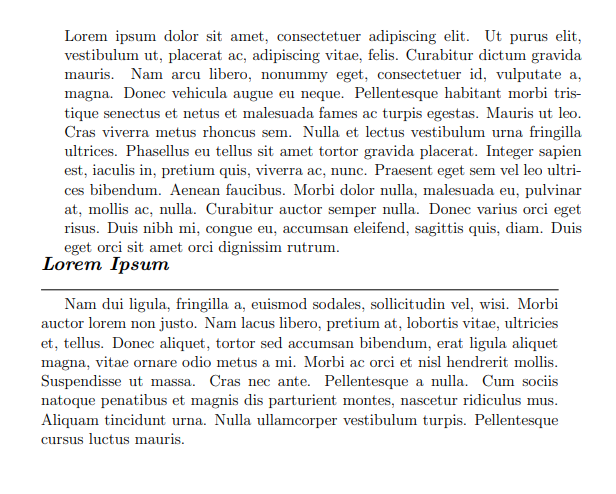 Why is there no space after my minipage but before my text? I put a \medskip in between them.

It seems that the \medskip before and after the text is being combined into one. How do I fix this?

A minipage has no special spacing rules, it just acts like a big letter, so it is easier to see how \medskip (or \vspace) works just using letters: 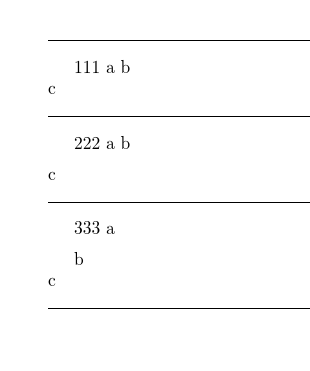 If you add a vertical space command mid-paragraph then it is saved in a special place (a \vadjust node) until after the paragraph has been broken in to lines, and then the extra space is inserted after the line that contained the original node. So in the 222 case the extra space comes after b even though \medskip is between a and b.

Beside the missing paragraphs: you should also be aware that a minipage with [t] alignment is like a letter with a rather large descender (a large depth). This means that following lines are glued to the bottom at a fix distance (1pt by default). If you want the normal distance between lines you should end the text in the minipage with a \strut:

Not the answer you're looking for? Browse other questions tagged spacing pdftex minipage or ask your own question.

13
\footnotemark and \footnotetext in minipage
14
Conflict between color, graphicx and libertine
17
How to define the default vertical distance between nodes?
6
Libertine fonts: spaces in PDF files
4
Adjusting the width of a displaymath environment
0
How to add date on the title page while using jcappub.sty?
1
Align all text in bullet
3
Arrow between BTrees
3
How to make Page background Light in color