I'm trying to write a document where I use AMPL, Python and I would also like to be able to show some of the outputs.

I want the different languages to be independent, a different counter and caption for the AMPL scripts, for the Python scripts and for the outputs.

Is this possible? Thank you in advance

Based on this answer to Listings: different counters for different listing environments I think this might be what you're after: 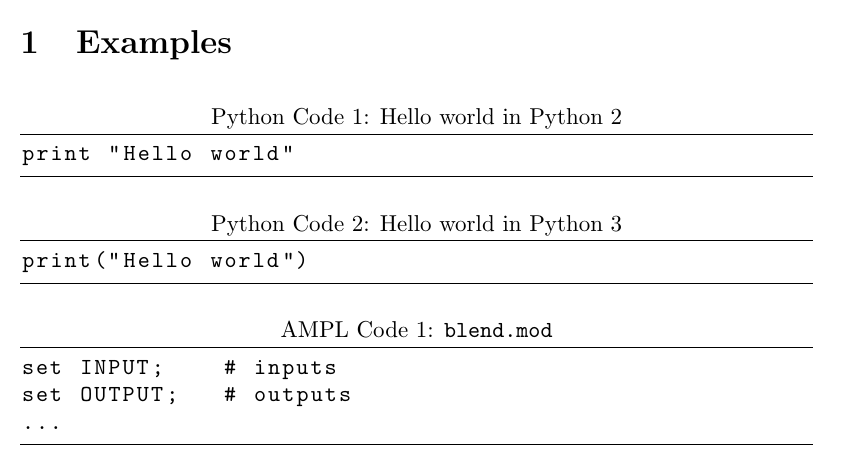 Not the answer you're looking for? Browse other questions tagged captions listings languages code or ask your own question.

12
Listings: different counters for different listing environments
1
give a document input to lstnewenvironment

4
Figure caption and reference formatting
6
Different caption alignment on different longtable pages
4
How can I apply different custom caption styles to different listings?
2
Adding keywords to multiple languages in `listings` package
1
How to make label numbers consistent in lstlisting?
5
Footnote in caption and in the same page of caption
5
How to highlight numbers only outside a string in lstlisting?
1
give a document input to lstnewenvironment
2
How can I make label and caption as in the snapshot using package "caption"?
0
LstListing caption number setting