I'd like to customize windycity, which is a biblatex implementation of Chicago Manual of Style's 17th edition. If for some reason, windycity is very difficult to customize, I'd settle for customizing the default biblatex-chicago style.

(If anyone cares, this is basically the style for Oxford Studies in Ancient Philosophy. See sections 6 & 7 on their submissions page if you're even more curious.)

I've read several other questions about customizing biblatex, and my guess is that I need to create a personal biblatex.cfg, but I am not sure what to add there.

Since windycity is an extremely modular style it is enough to redefine the bibmacro longtitle. Its original definition doesn't contain the \iffieldundef{short\xtitle title} block (see ll. 1167-1173 of windycity.bbx in version 2019/07/17). 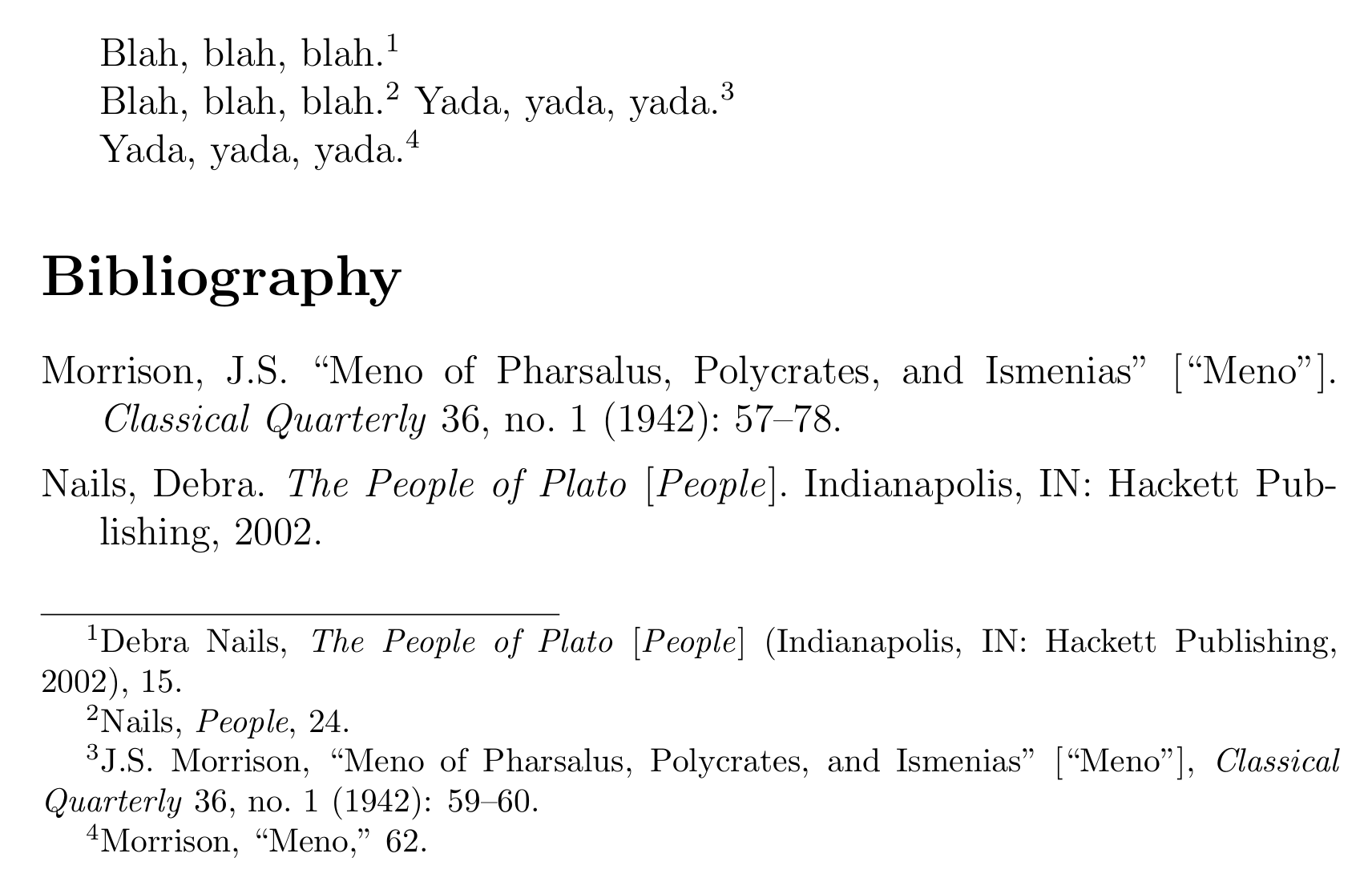 It is enough to simply add this redefinition to your document preamble. If you want to, you can add it to biblatex.cfg, but that seems more hassle than it is worth.

Not the answer you're looking for? Browse other questions tagged biblatex windycity or ask your own question.