Are there commands for entrances, exits, and exeunts, while employing the dramatist package?

So this is one scene of the play:

Now, just after 'because of his betrayal', and 'Oh dear, I think we should go', I've added linebreaks and want to add a command with which I can easily show

There are no such commands defined in the package, but you can add them yourself.

In the MWE below I have defined three commands \enter, \exit and \exeunt. The \enter command has an optional first argument to add and X to the output. Each command starts a paragraph, then contains some spacing commands based on the indentation and line spacing settings of the dramatist package, and then the template text (enter, exit, exeunt) and the argument. The previous speaker continues after the command. 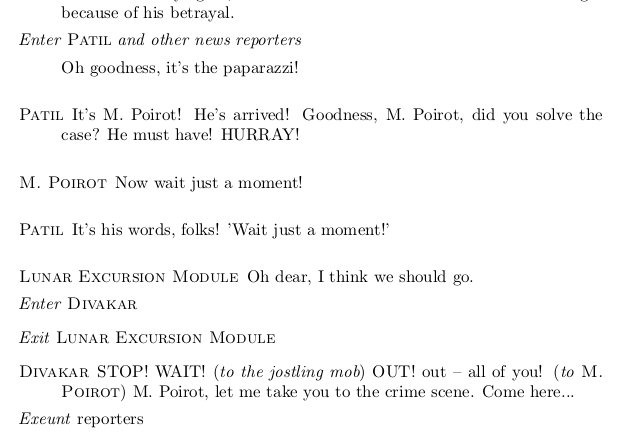 1
Spacing between paragraphs and lists