I am new to ConTeXt, and would like to ask if vertical typography, such as with Japanese or traditional Chinese, is available. It seems to be alluded to several times in the documentation as well as this post in the mailing list, but I can't really find any examples of it being used. The chinese typesetting manual (PDF) also only mentions that it exists without providing any examples (p.14), and seems to only work in MkII.

Has anyone had any experience with this?

Section 6 of followingup sketches a preliminary support for CJK vertical typesetting in ConTeXt for LuaMetaTeX (aka LMTX). Unlike LuaTeX, which supports four directions, only two of which are properly implemented, LMTX only supports two directions, 0 (left to right) and 1 (right to left). In order to get vertical typesetting, LMTX recurs to a new and more customizable mechanism of orientations applicable to boxes with the following syntax:

In turn, there are four orientations with two anchors which are specified via numbers 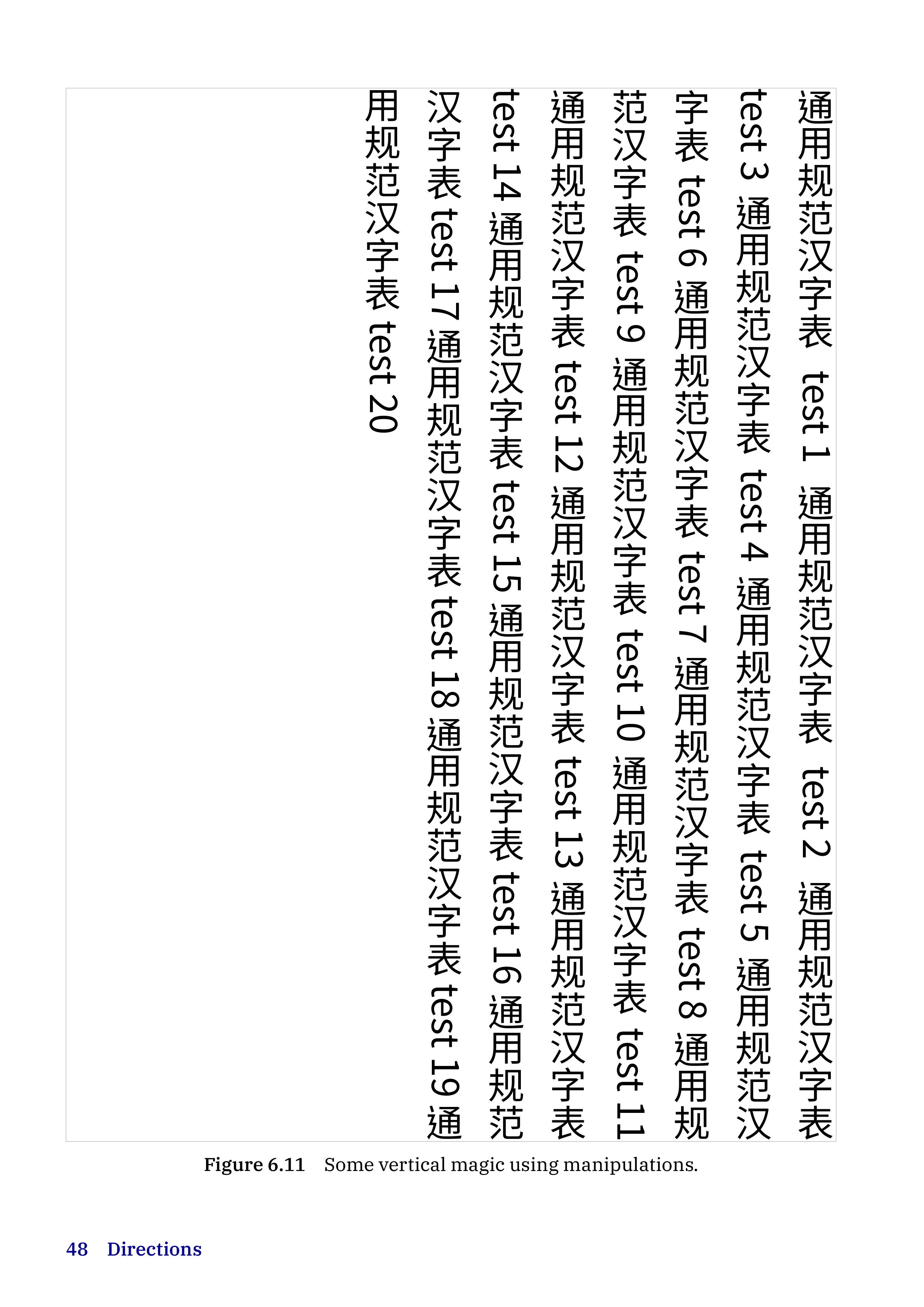 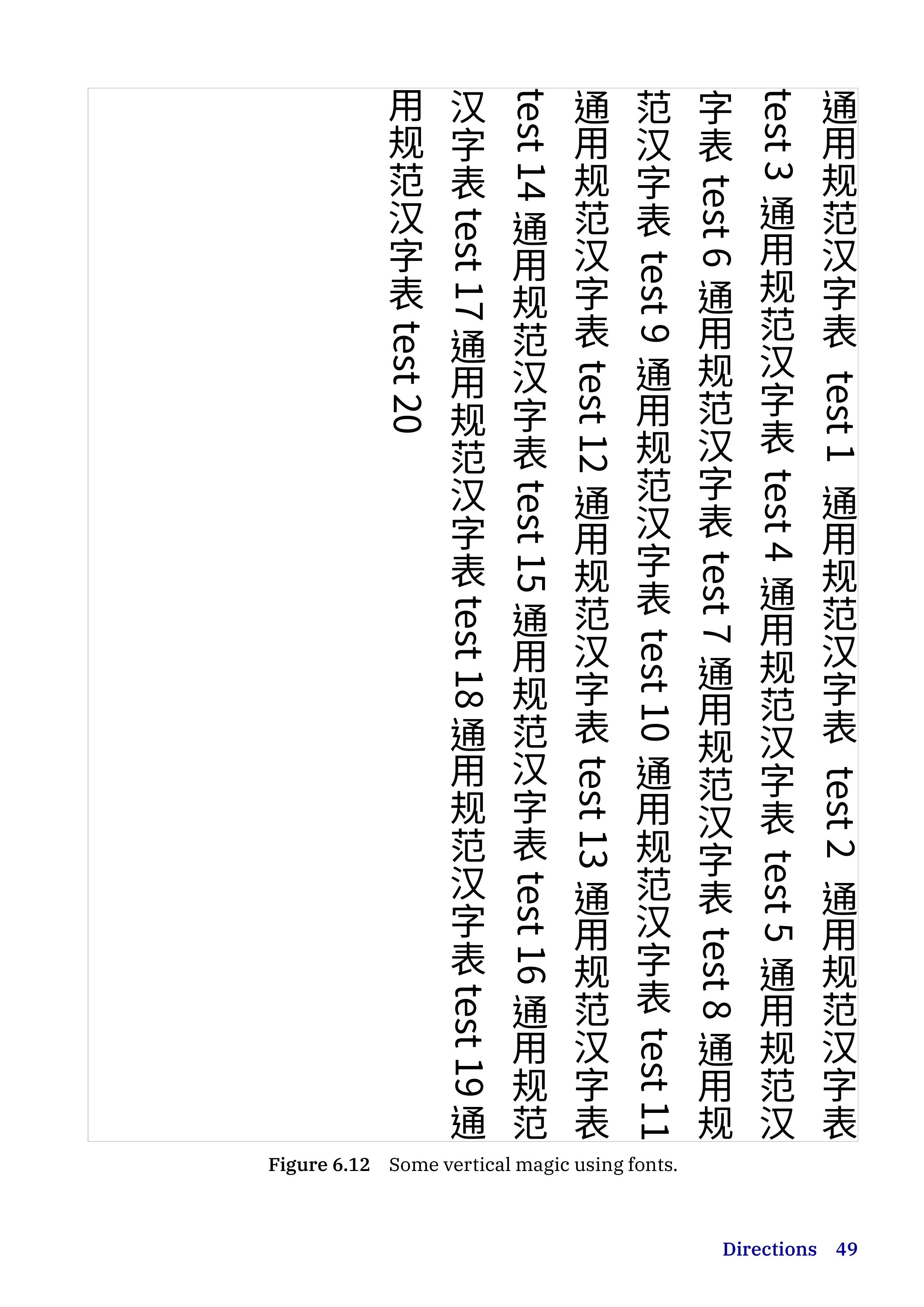 I guess they are a decent starting point.

Not the answer you're looking for? Browse other questions tagged context chinese japanese or ask your own question.