Extending table of contents dots up to large page numbers

My question is very similar to How to extend the dots in a table of content up to the page numbers?, but the answer doesn't work in my context.

The dots don't reach the numbers in the table of contents

I would like the dots in the table of contents to go as close to the numbers as possible, but I have a few pages where the numbers can be quite big, and I don't want the dots to overlap with the numbers. Some of the back matter uses Roman numbering, and as I want this flush right, I am using the tocloft package as this answer on latex.org recommends. This involves setting values for \cftsetpnumwidth{} and \cftsetrmarg{}, which in turn set values for \@pnumwidth, in a similar fashion to this solution to Right justify roman page numbers in list of tables. Doing this so it is suitable for very large numbers (not unreasonable in real life if using Roman numbers, but exaggerated here) gives an ugly appearance. 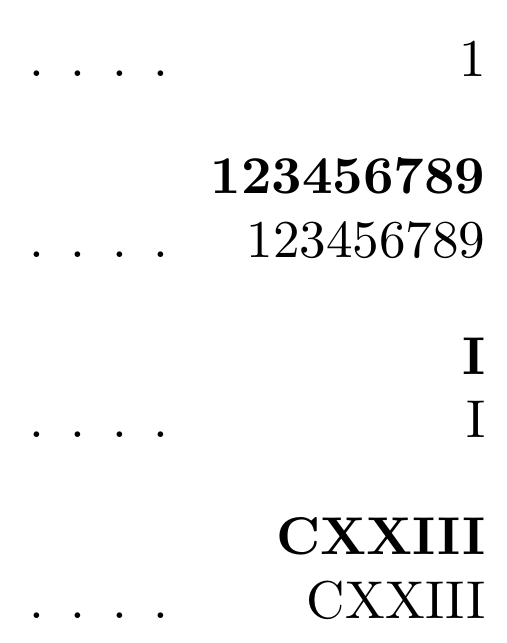 Ideally the dots would fill close to the numbers (perhaps stopping no further than about 1em before seems reasonable), but never go into the numbers. 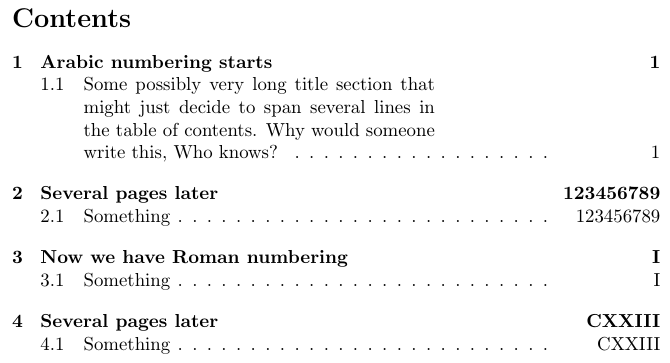 Ideally, I would like any solution to also work with the other following tables (in order of importance) in order to maintain consistency in the front matter:

I do not know if this can be done with package tocloft, so here is a suggestion using tocbasic. Note, that you can use only one package for TOC and the lists: either tocloft or tocbasic or titletoc etc. 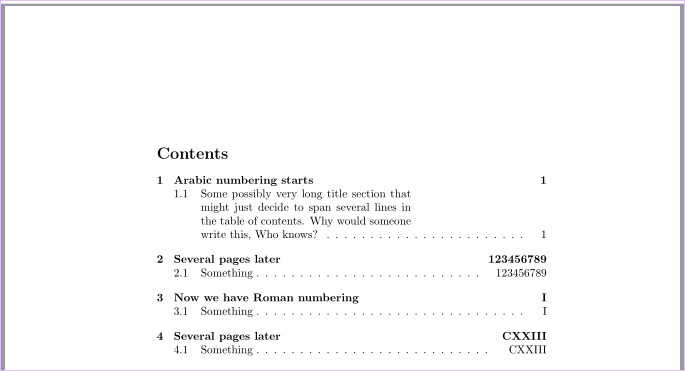 Not the answer you're looking for? Browse other questions tagged table-of-contents tocloft tocbibind or ask your own question.