dvilualatex with microtype is supposed to support expansion, even in DVI mode. And indeed it seems to work when producing the DVI file. But then the generated file does not actually include expanded fonts: the characters are located as if they were expanded, but are not actually stretched in any way. In normal circumstances, the expansion is minimal, so this is not noticeable unless you look very closely. But using a document with some more extreme settings the problem becomes apparent. 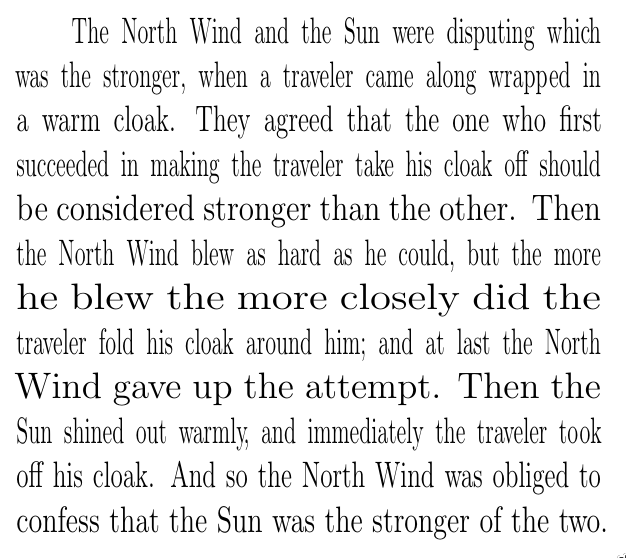 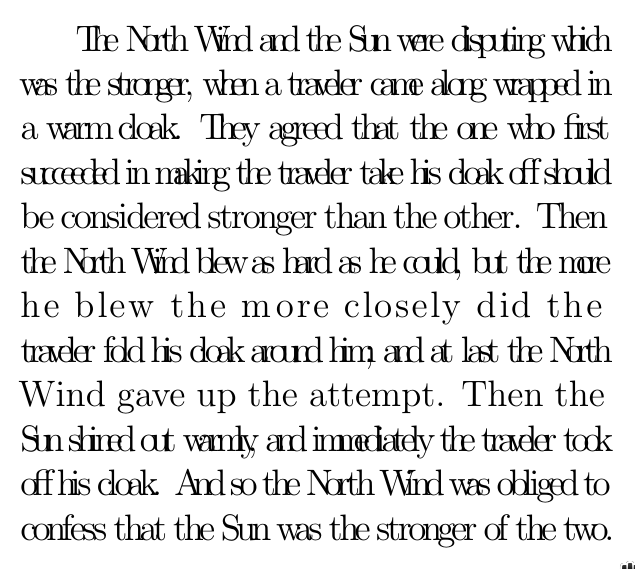 So, you'll notice that the characters are placed as if they were stretched, but are not in fact modified at all.

Is there any way to compile a DVI to PDF with this kind of expansion? Otherwise lualatex's support for it seems useless.

5
microtype font expansion and DVI output; problem with kpathsea
10
How to fix “Package hyperref Error: Wrong DVI mode driver option `dvips'”?
2
Is example-image-a compatible with DVI mode?
4
What's the difference between tex.pro and texc.pro with dvips?
6
Biblatex: URL-breaking not working in DVI-mode
2
Include both eps and png figures, problem with dvipdfmx
6
Asymptote with lualatex and otf fonts
1
Problem with sansmathfonts and dvips