Too much spacing after exponent

I was trying to improve the visual on a double exponant (text associated to a tilde) and found the following solution online. The problem is that the spacing after seems a bit odd, any help would be appreciated!

There's not too much space, as far as TeX is concerned. 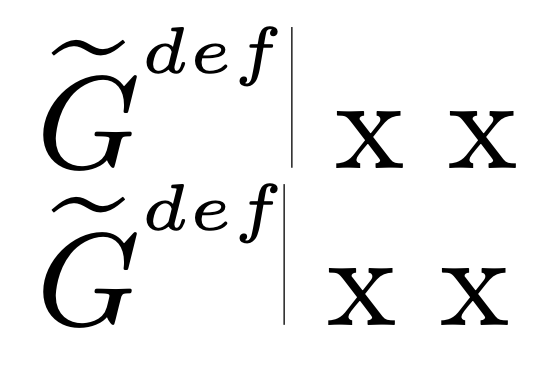 What's the difference between top and bottom? At the end of the superscript, TeX, by rule, adds the italic correction pertaining to the last math letter. As you can see in the log file, from

by explicitly inserting a negative kern. The difference is very tiny even at the big magnification in the picture.

The visual problem is due to the shape of the math italic “f”. If you deem the produced hole is too big (I don't think so), then add yourself a negative kern after the formula.

With a proper setting of the “def” text, upright, you get 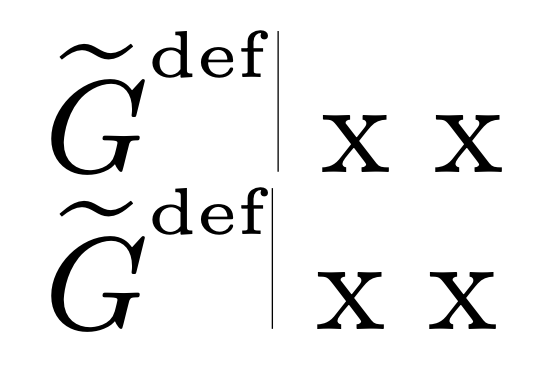 and the problem is much less evident. The italic correction is about 0.44pt (that is, 0.14mm).

The space after the exponent can be reduced using a negative \thinmuskip, which can be done with \!: 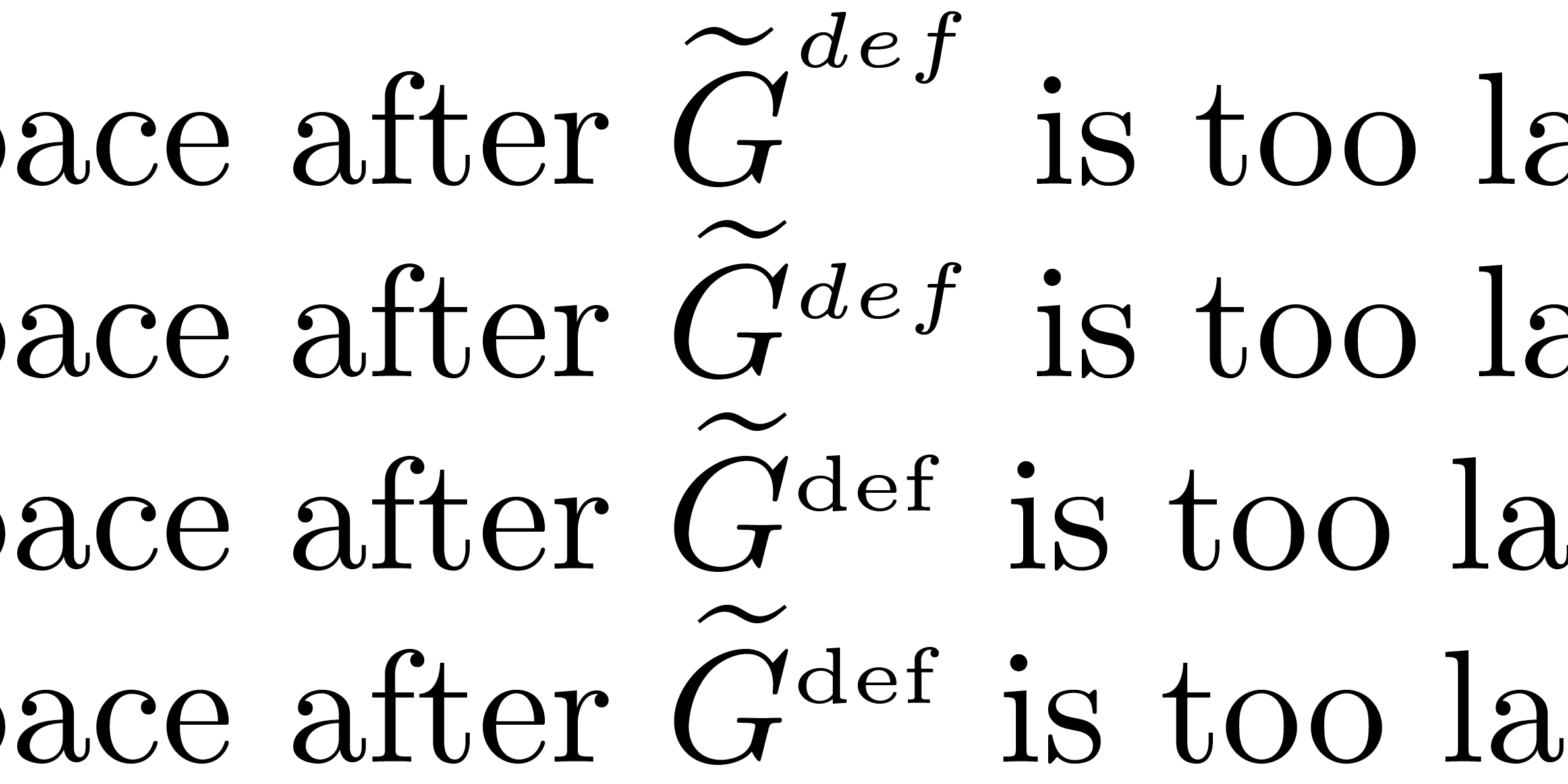 The first two terms differ only in the height of the superscript term "def" above the baseline; in both cases, the "def" particle is rendered in math mode. It is known that the letter f has very pronounced side-bearings when typeset in math mode. That's why you're getting the large gap to the next word ("is") -- as well as between "e" and "f". Speaking for myself, I wouldn't use (pure) math-mode "def", regardless of any horizontal spacing issues.

I'm assuming that you will prefer the look of either the third or the fourth term. The former uses math mode -- specifically: \scriptscriptstyle\mathrm{def} -- whereas the letter uses text mode -- \textup{\tiny def}. Observe that the trailing gap generated by the text mode approach is ever so slightly less than that of the math mode approach.