I would like to define a math operator that looks a bit like this, which I mocked up in an image editor from the amsmath \square symbol:

Sometimes there will be a different letter than lambda inside the box, or an expression like \lambda', but the box should always be the same size, and always be square - it's meant to be an inline operator with a symbol drawn on it, not a box around part of a formula.

I don't mind if I have to manually position the formula inside it, as there will probably only be a few different letters that I'll use.

It doesn't have to be based on \square. In fact I think it would look nicer if the baseline was a bit lower, to match + for example.

Is there a reasonable way to achieve this?

Here's a solution using a \framebox of fixed size. I thought it would look better if the symbol in the square was smaller, in \scriptstyle. I think it looks reasonably good with any lowercase latin or greek letter.

You may also want the big version. 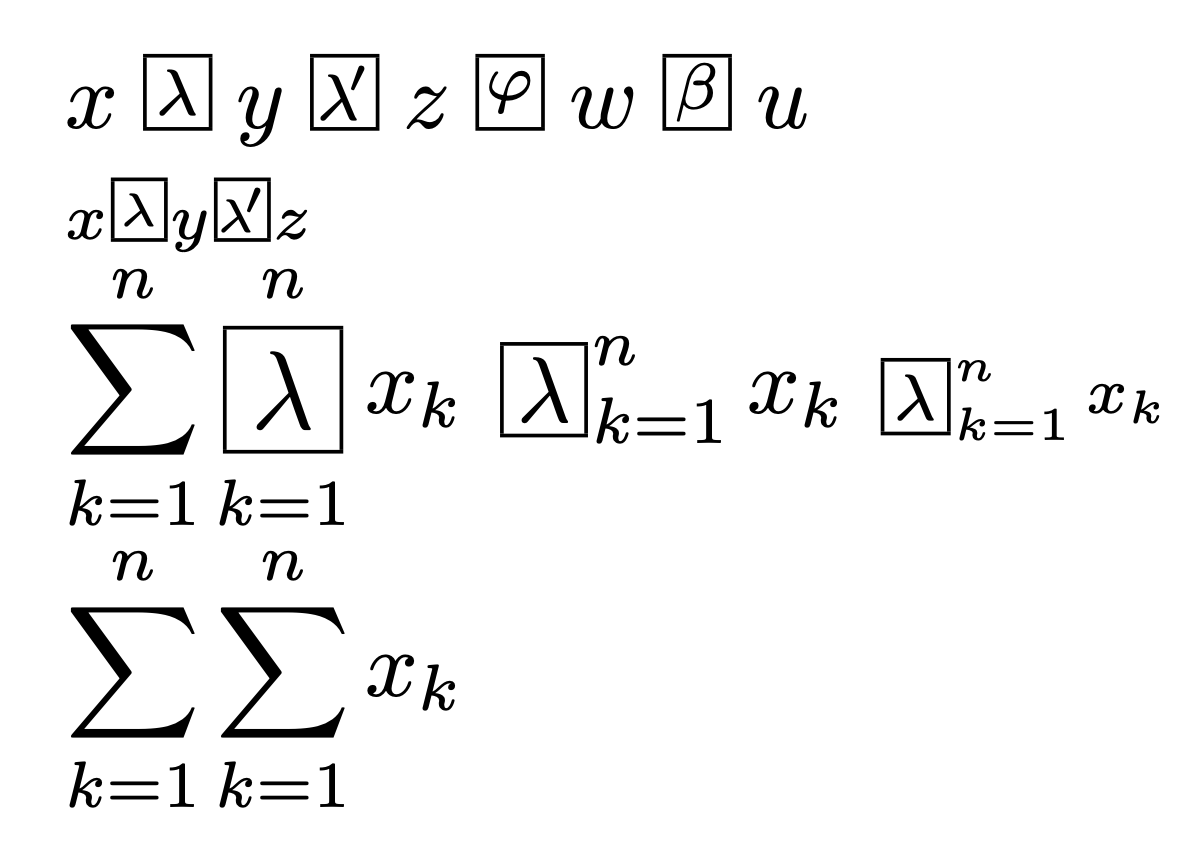 Using youngtab that I not knew with the symbol inside math operator. It is right to write that the square has the same dimension.

8
Automatic repetition of mathematical operators after a line break
16
Interior product (contraction) symbol
23
Percent sign in a box
12
How to write a nice # symbol
4
Lowering text inside math formula, without raisebox
5
How to redefine infix (binary, relational) operator spacing so that precedence can be communicated visually?
2
Alternative to using inline math mode for single letters?
4
Set the symbol horizontally \square (and more closer) using mtpro2
1
How can I fit a table in a page with an long inline math expression inside?
3
Customising spacing of a binary operator