I am a Newbee on Emacs and AucTex. I just get started several days ago and installed some packages as some tutorials go along.

I installed some packages: company, swiper, auctec, auto-complete-auctex, and counsel. In particular, auctex has version 12.2.0.

I installed it yesterday, and I could do C-c C-a to preview it entirely. However, I cannot do preview-latex (C-c C-p C-p). It gives me error with lots of "under construction triangles": 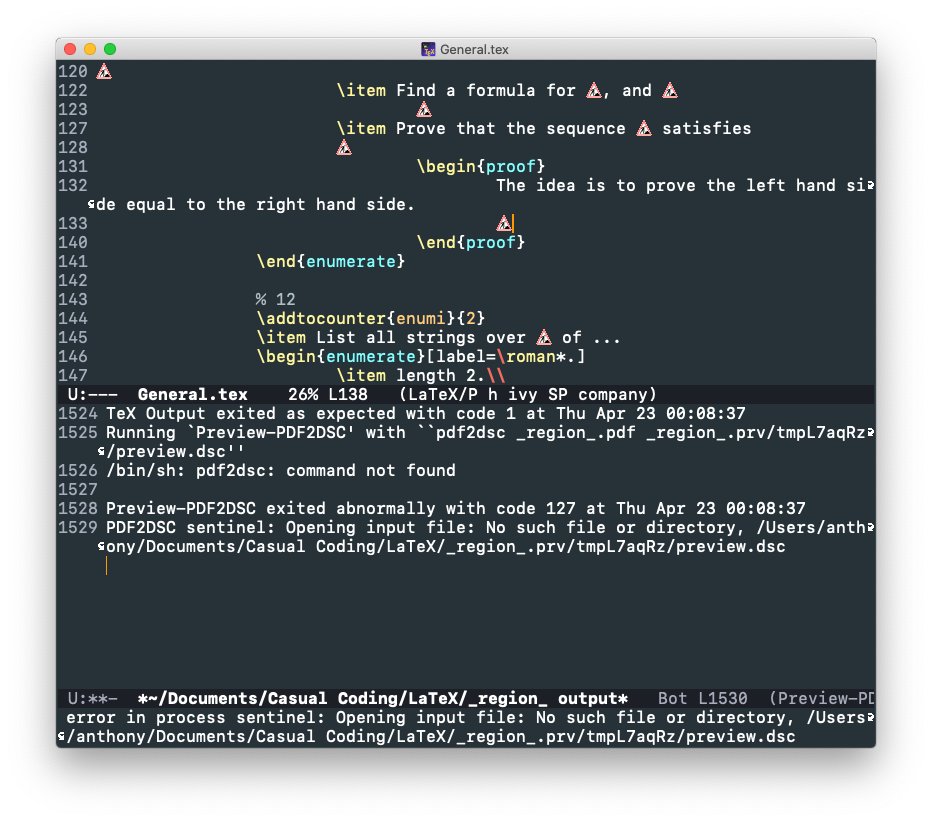 It generates several files in my working directory: 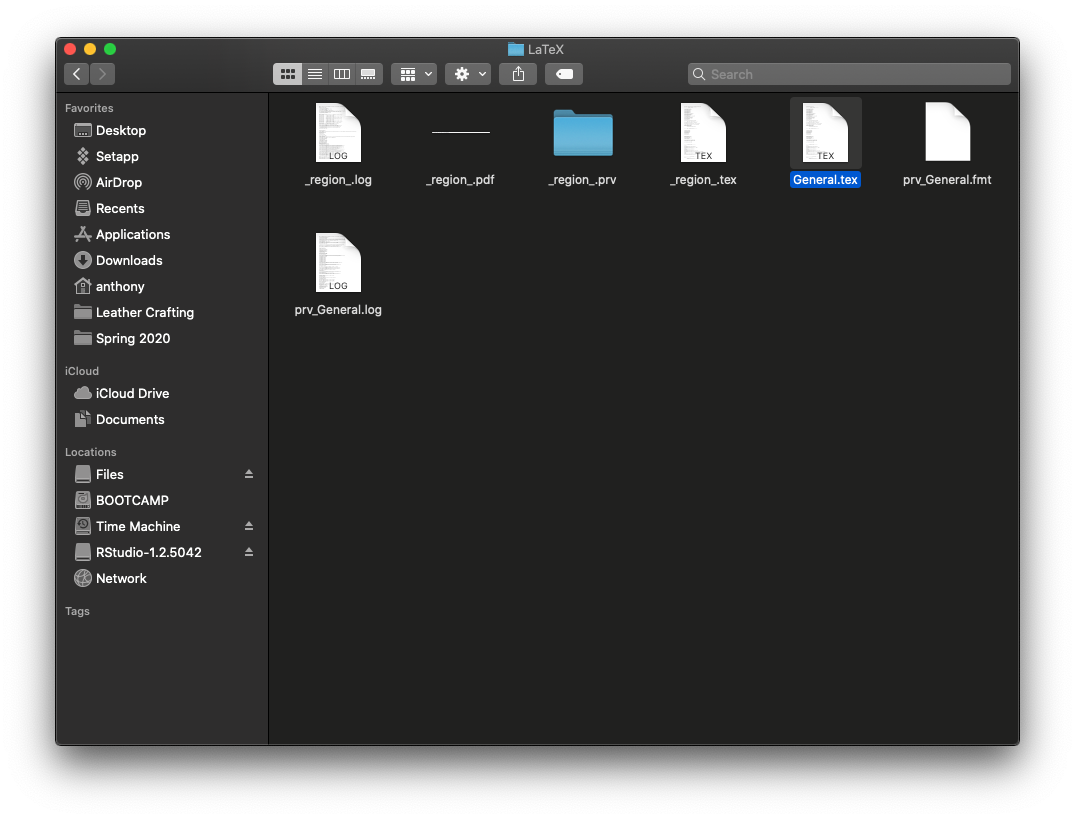 The directory it referring has no file in it. And this is the corresponding elisp code, and yes, I checked latex is in that folder path.

I did not install ghostscript. After I installed, the problem is still exist.

I found this answer really helpful How to use Auctex in MacOS El Capitan? At least for Mac OS Catalina, one shall use

to set the environment path.

Shout out to @frougon for his patience on me! His code also works

Browse other questions tagged emacs auctex elisp or ask your own question.

8
How to use Auctex in MacOS El Capitan?