\linewidth plus \cline plus centering using tabularx does not work out

I am trying to create a table using tabularx to stretch a table to over the full page width. Usually, it would not need the full width but I like it better if it's like this. In my table, I have some multirow cells, therefore I use \cline{2-9} instead of \hline at some points. Finally, I would like to have the content of my cells centered. However, I seem to be unable to combine all these aspects.

Can anybody help me fix this? This would be great!

PS: I posted this question also on reddit but haven't received an answer yet. If a working solution is found there, I'll let you know.

Here are four ways to do the table.

First and foremost: you have to specify at least an X column in tabularx. But you don't really need it, as table 2 shows.

On the other hand, \multirow adds nothing to clarity, rather the converse, see table 3 (where also the left and right paddings are removed).

I'd simply use the natural width, unless the final size is not so different from the global text width. 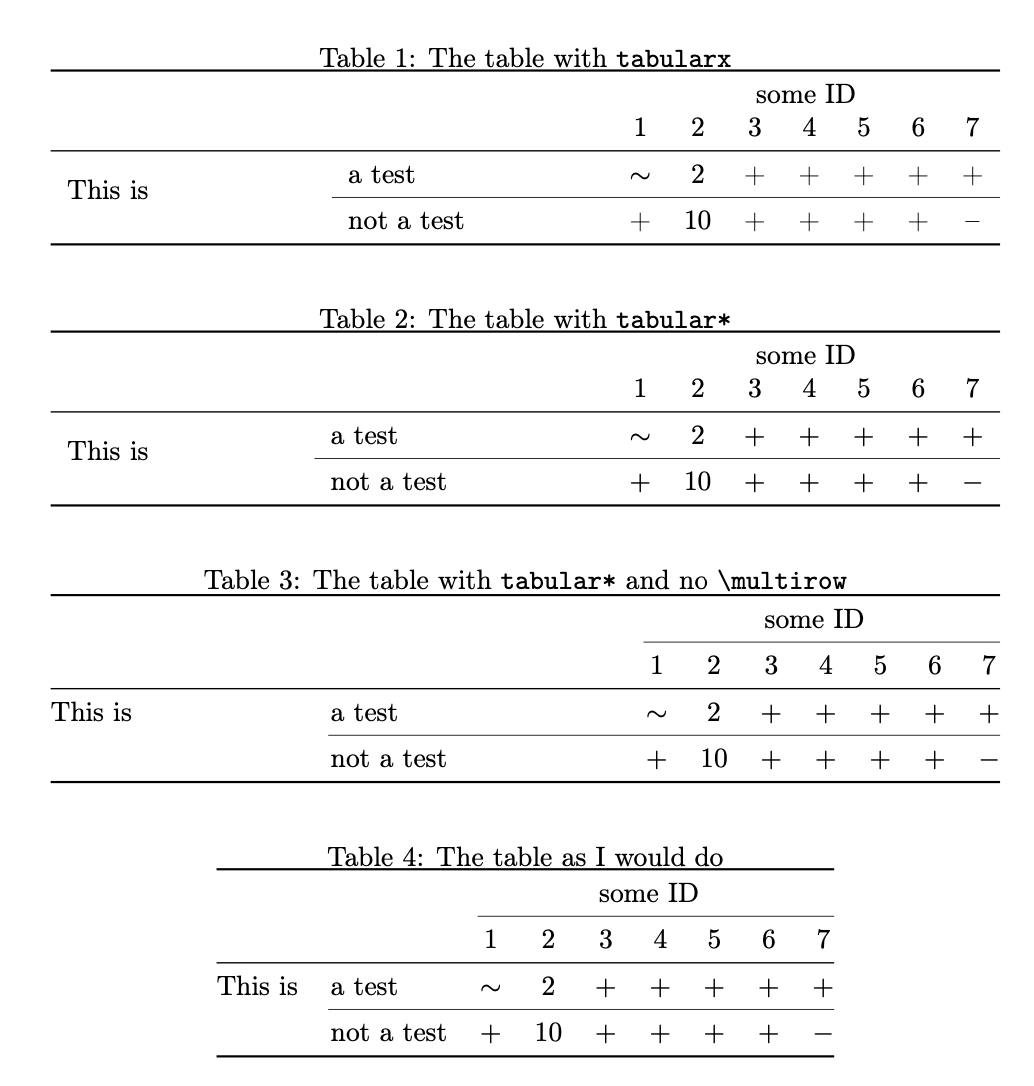 As was in the meantime suggested in the comment, I added the following column type

so that the content is centered. I then changed the ccccccc columns with *{7}{Z} (syntax to define 7 consecutive columns of Z type).

I also added the \otoprule separator so that you can have the same line thickness of \toprule but equal spacing between the rows for the headings:

A MWE is as follows:

Not the answer you're looking for? Browse other questions tagged horizontal-alignment tabularx cline hline or ask your own question.