Show only chapter number (and not name) as chapter heading?

The chapters in the book I'm working on are all named. However, while I want the names to show up in the TOC, I want the numbers and the numbers only to show up as the chapter headings. (I know that sounds weird, and I'll be happy to explain why if it matters.)

Is there a way to do this? If I need to I can use titlesec to redefine the title format, leave the numbers out entirely, and do eg \chapter[De Puero Superstite]{I}, but there's got to be a more elegant way to do it.

For them to be different use the memoir class:

The memoir class enables you to have different entries in the ToC, the page header, and the main document for all the divisional commands (\chapter ... \subparagraph) 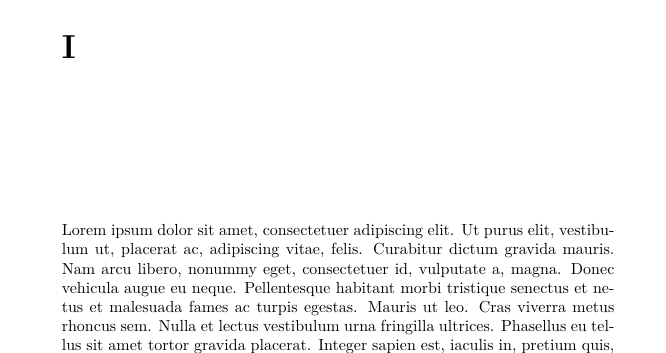 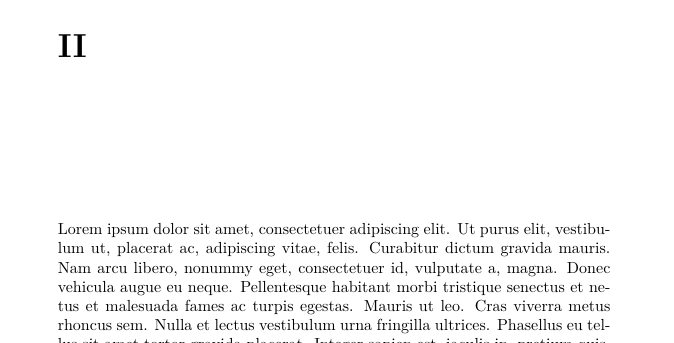 Not the answer you're looking for? Browse other questions tagged sectioning chapters titlesec or ask your own question.

4
Suppress page number from Chapter side titlesec
0
Suppress part and chapter number in headings on LaTeX
11
Start a new chapter without heading
2
Suppress chapter number but keep section number in section headings
0
How to format Chapter Heading appearance on pages
3
Change heading alignement on a per chapter basis
0
What creates the white space between the top margin and TOC heading?
0
Using Roman Numerals and Suppress Number for Introductory Chapter Only