Merging a fractional number of columns in tabular

in the following manner:

So far, I've tried to use the following piece of code

Note how "Pre-deployment" joins the columns for 2 and 3 and "All-up" the columns for 4, 5 and 6. This leads to an unequal horizontal spacing in the crew size line, which is what I'm trying to avoid.

but \multicolumn only accepts integers as an argument.

I'd also like the possibilities for "Cargo deployment" to share the available space between themselves instead of one occupying two columns, and the other one three columns.

Here is a hand-drawn version of what I'm looking for. I've also added red dashed lines to symbolise the separation between cells.

tables horizontal-alignment multicolumn
Share
Improve this question
edited May 22 '20 at 16:08

With thanks to this and this question, without need for fixed column widths, just adding \hspace*{\fill}s inside a multicolumn:

This uses David's suggestion of a two-column approach and spreading things out evenly via \hfill: 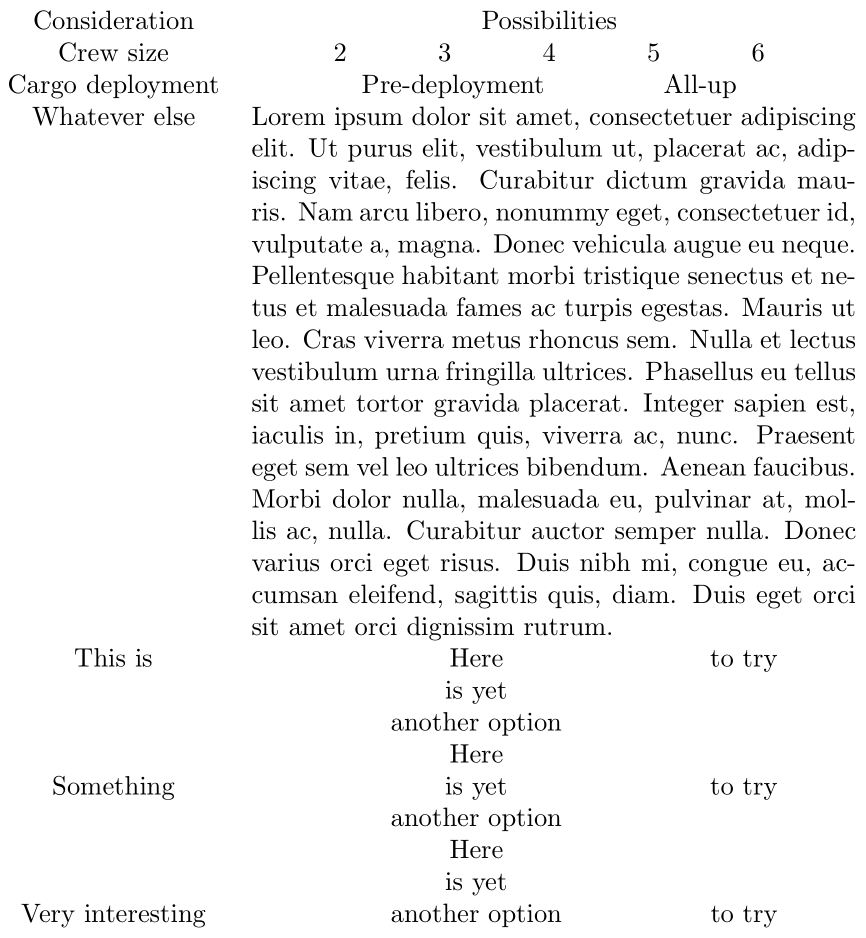 Note that line wrapping and manual breaks are equally easy to insert within a fixed-width paragraph-style column.

Not the answer you're looking for? Browse other questions tagged tables horizontal-alignment multicolumn or ask your own question.

19
Removing or changing table border spacing
12
Why isn't a \vrule between \hfills centered?