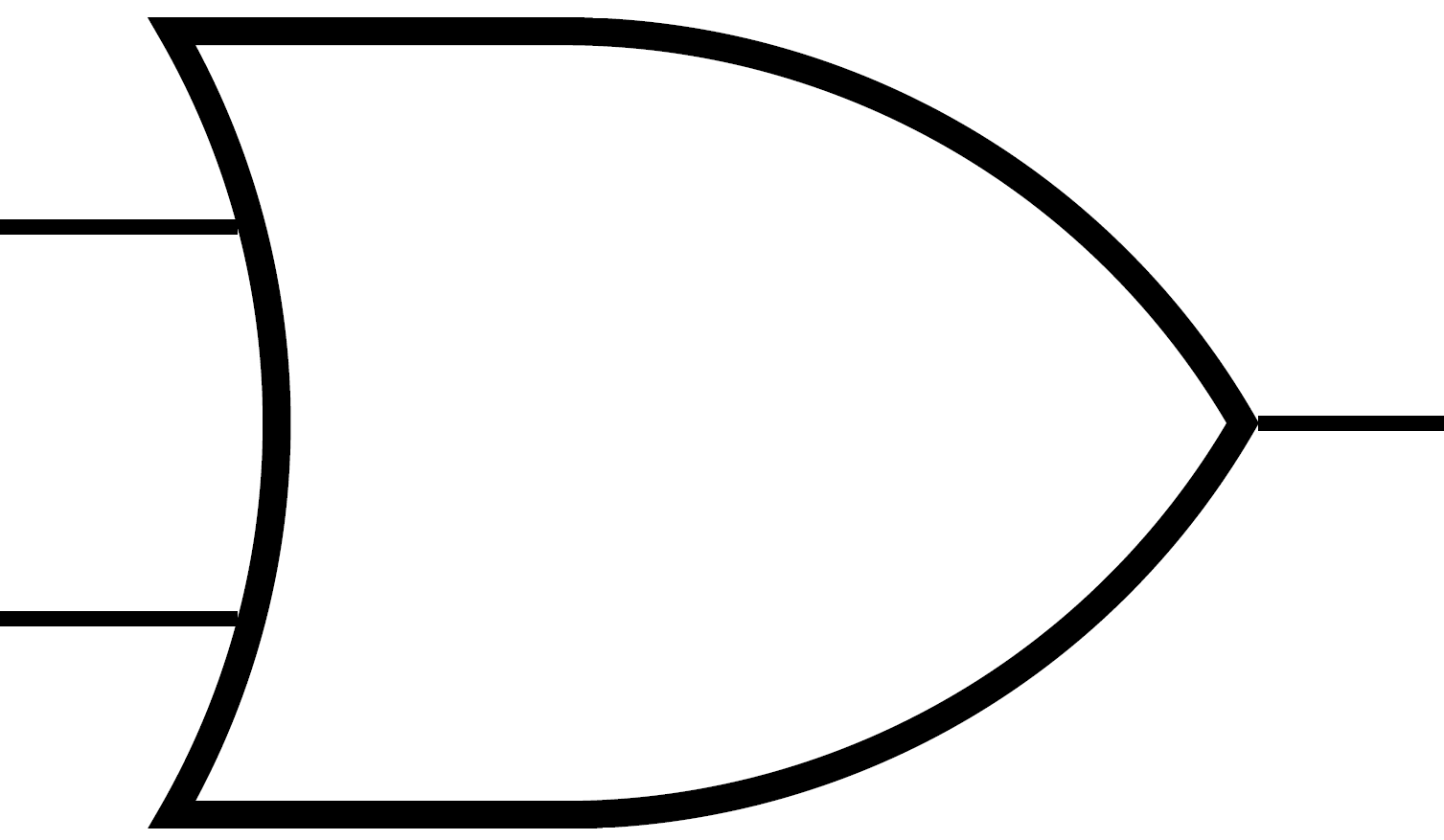 As you can see (especially if you zoom in), the wires clearly don't touch the logic gate! :-O The output wire has the move obvious gap, but both input wires also have small gaps too.

This is extremely annoying! Why is it doing this?! Why is such obviously broken behavior the default?

It seems the effect is only visible with the OR gate (presumably because all the other types of gate just happen to have exactly vertical lines where the wires join).

How can I get rid of this abhorrent misdrawing? So far, the only thing I can come up with is

With this modification, the picture now draws correctly. That's a hell of a lot of extra typing, though. [For every single OR gate in every circuit, ever.] Is there really no way to fix this permanently? (I'm still not sure why it even needs fixing in the first place... Has nobody ever used this library or something?)

Try add outer sep=0pt to or gate US node's options:

With circuitikz package is simpler:

Not the answer you're looking for? Browse other questions tagged tikz-circuit-lib or ask your own question.