I want to define \code such that it would use some monospace font, to display code.

Initially I used \texttt but I had some problems with the error:

In the small example below, this error also only occurs with \usepackage{bold-extra}. If I leave that away, all three variants seem to work (in this example). Not sure which is better. The font looks slightly different in all 3 cases.

However, this is not really the question here (although I'm also curious about that).

In all 3 variants, the problem is that it doesn't properly aligns the block text. Why? How can I fix that? 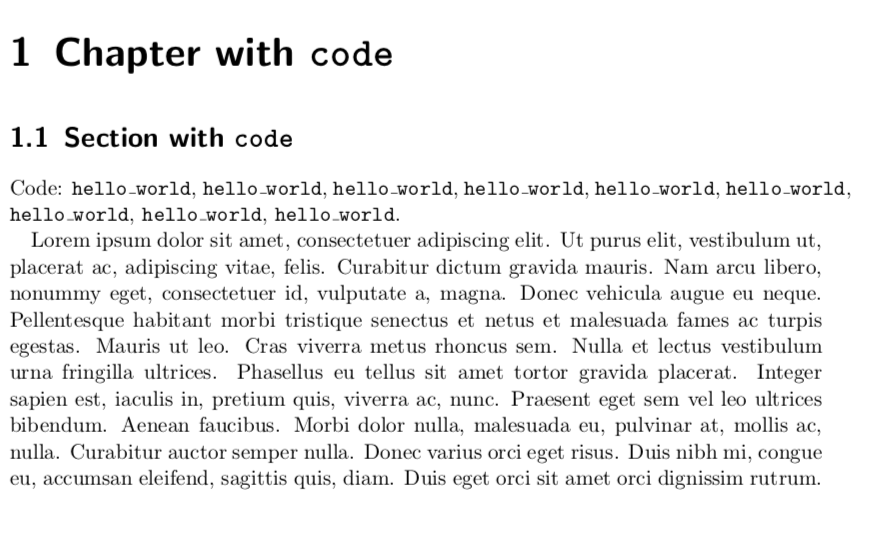 The question here is somewhat related. However, there the whole text uses the monospace font, and the author doesn't want the monospaced spaces to be mono-spaced. However, in my question, the spaces are not monospaced, so this should not be the problem here.

Adding this solved the problem:

Via, where it is also explained that this is better than just using \sloppy.

Not the answer you're looking for? Browse other questions tagged alignment or ask your own question.