I've been on an hours-long journey looking for what should be common TeX knowledge, but without avail. I might just not know the correct search terms to do an efficient search, so I think it's worth asking about.

I want to document a handful of the macros I've written in LaTeX (for instance, \foo{} and bar{}{}). I've read several CTAN documentation PDFs in the past, and there seems to be one prevalent way of formatting the macros a package has to offer: the macro name (in \texttt style) shifted into the left margin, and an explanatory paragraph to the right. I've put an example from the xcolor package's docs below.

Additionally, packages like mdframed have a slightly altered (e.g. coloured) way of formatting such a glossary-like list (also notice the default values right-aligned on the macro name's line):

The style I am wanting to use is the one used by macros2e, as seen below: I like the colours, the stylised arguments and the frames. Now, the source for macros2e is found here; however, from what I can deduce, the styles I am wanting to use are invoked via \Macro or \DescribeMacro, but as a beginner, I can't make head nor tail of how they are defined. 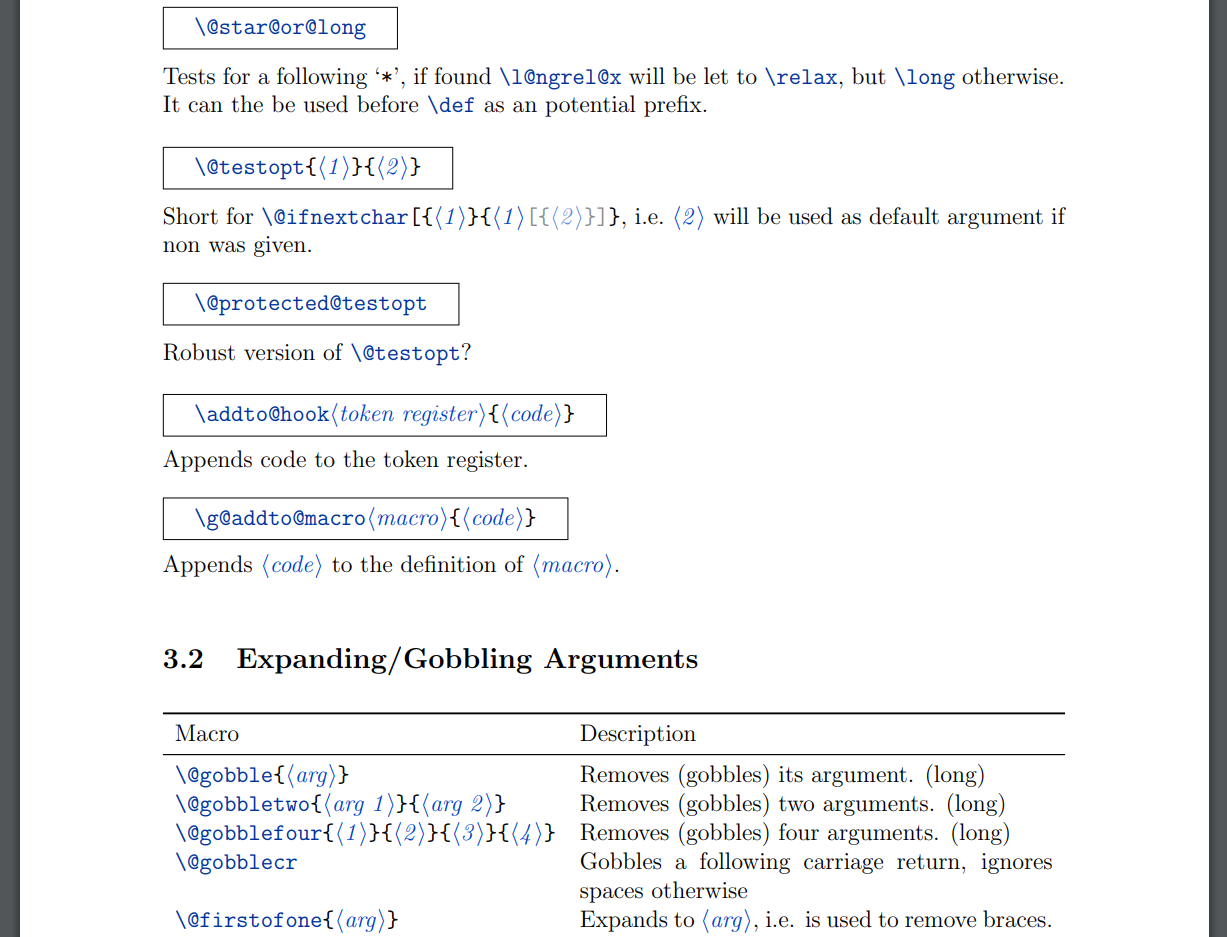 The three examples above are all glossary-like (I have my doubts as to whether they're generated using glossaries), so I'm assuming they're all style variants of a single standard environment or other structure. What is that standard?

From what I gather from this community wiki post's top answer, I might be looking at something called a "style" file, but that's a whole 'nother can of worms -- not particularly beginner-friendly. I'd say there is currently a lack of centralised, minimal, straight-forward examples (in simple LaTeX-done-properly) of how to write such documentations. 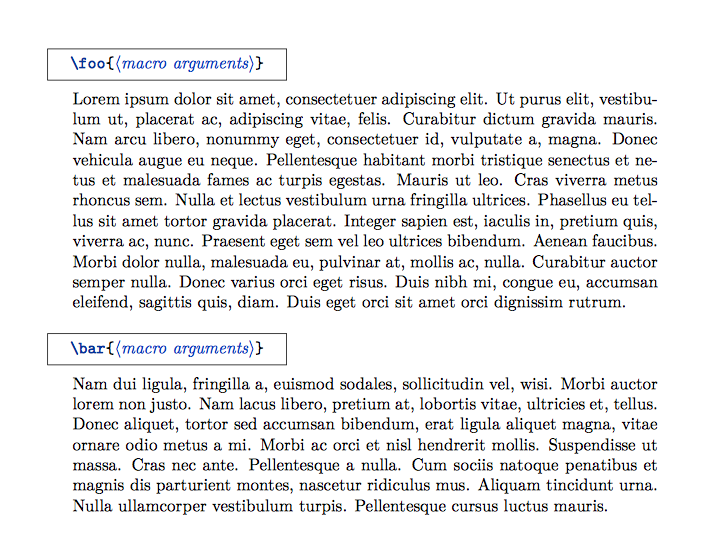 You can find the documentation here: https://ctan.org/pkg/ydoc

Not the answer you're looking for? Browse other questions tagged glossaries documentation definition or ask your own question.

97
How do I create a LaTeX package?

5
Glossary term list width
6
Documentation of lmodern package?
2
Glossary useri not appearing in the glossary list
5
Glossary/Abbreviations list
2
Package documentation in TeXworks
2
How can I find the definition of latex macros?
0
How to automatically generate a Glossary without explicit references in the text?