Prevent new page if new line is only a few words

I have searched for a while and I am still not sure what is the correct way to handle this issue. The problem I am facing is that I have a huge block of text, which almost ends on the end of a page, but then only like a few words go on the next page, which results in a huge gap until the next chapter starts.

What can be done? I read about setting penalties, or hacking the page size. But I am unsure what is the best way (also not to damage the remainder of the document).

Here is an example what I mean:

Thanks for any help.

Before going into any details, it's worth taking a close look at a screenshot of the first page of your test document. 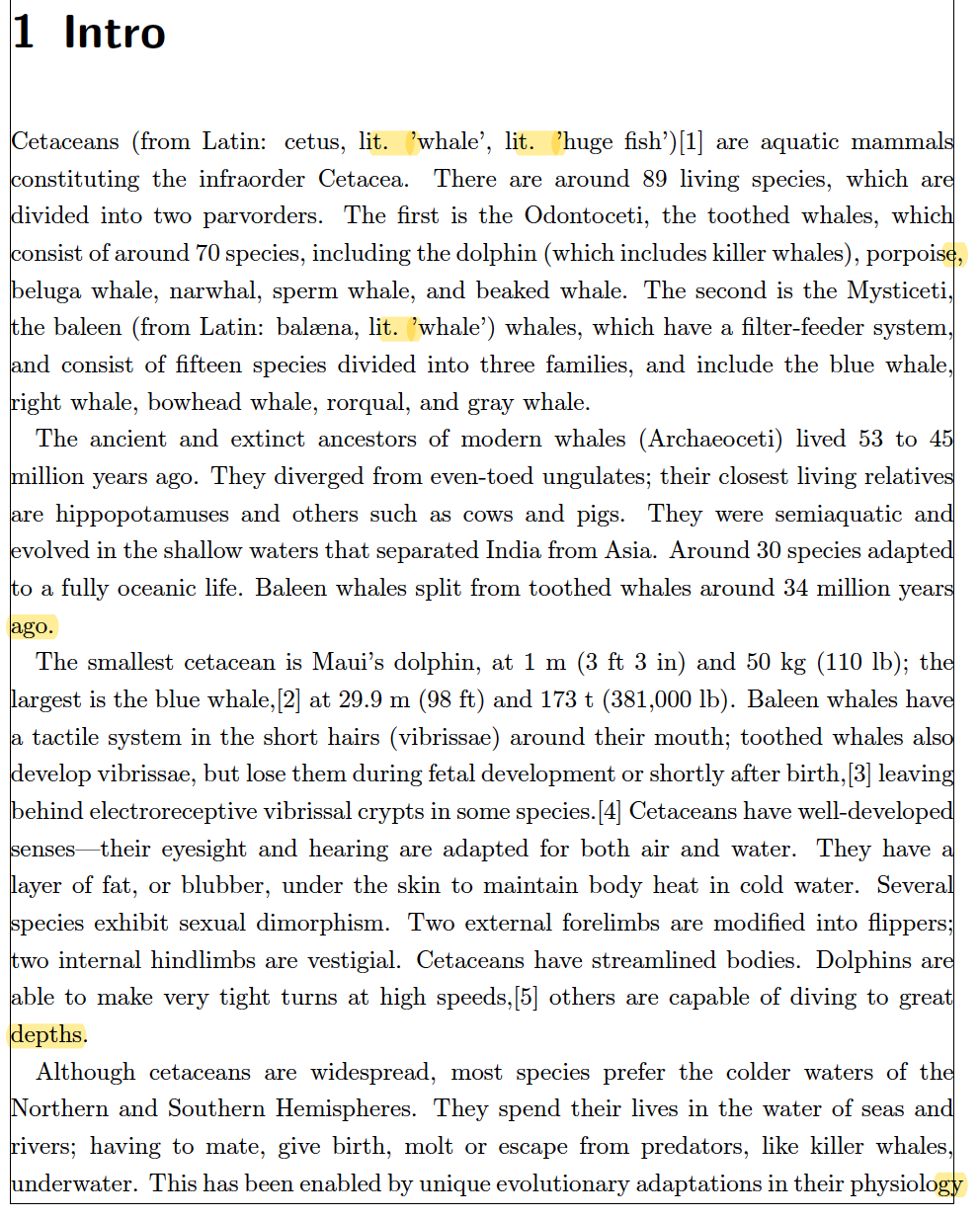 In addition to the problem of the document generating a (typographic!) widow, there are three other typographic "features" which I've highlighted in yellow in the screenshot: (a) two lines protrude noticeably into the right-hand margin; (b) two paragraphs have a final line which consists of a single word; and (c) LaTeX doesn't know that the three instances of lit. are mid-sentence abbreviations rather than sentence-ending words, leading to a distracting amount of whitespace in each case. Some persnickety readers may also want to flag the fact that (d) you're using ordinary whitespace amounts rather than thinspace between numbers and their associated units (e.g., 1 m instead of 1\,m).

As it turns out, addressing some or all of these "features" can fix the typographic-widow issue as well -- at least for the test case at hand:

Just for fun, here's how the page looks after implementing some measures to fix features (a) thru (d) and after inserting opening quotation marks where needed. Note that the final line of the fourth paragraph is now happily located on the same page as the other material, with a whole line to spare; see the highlighted line. 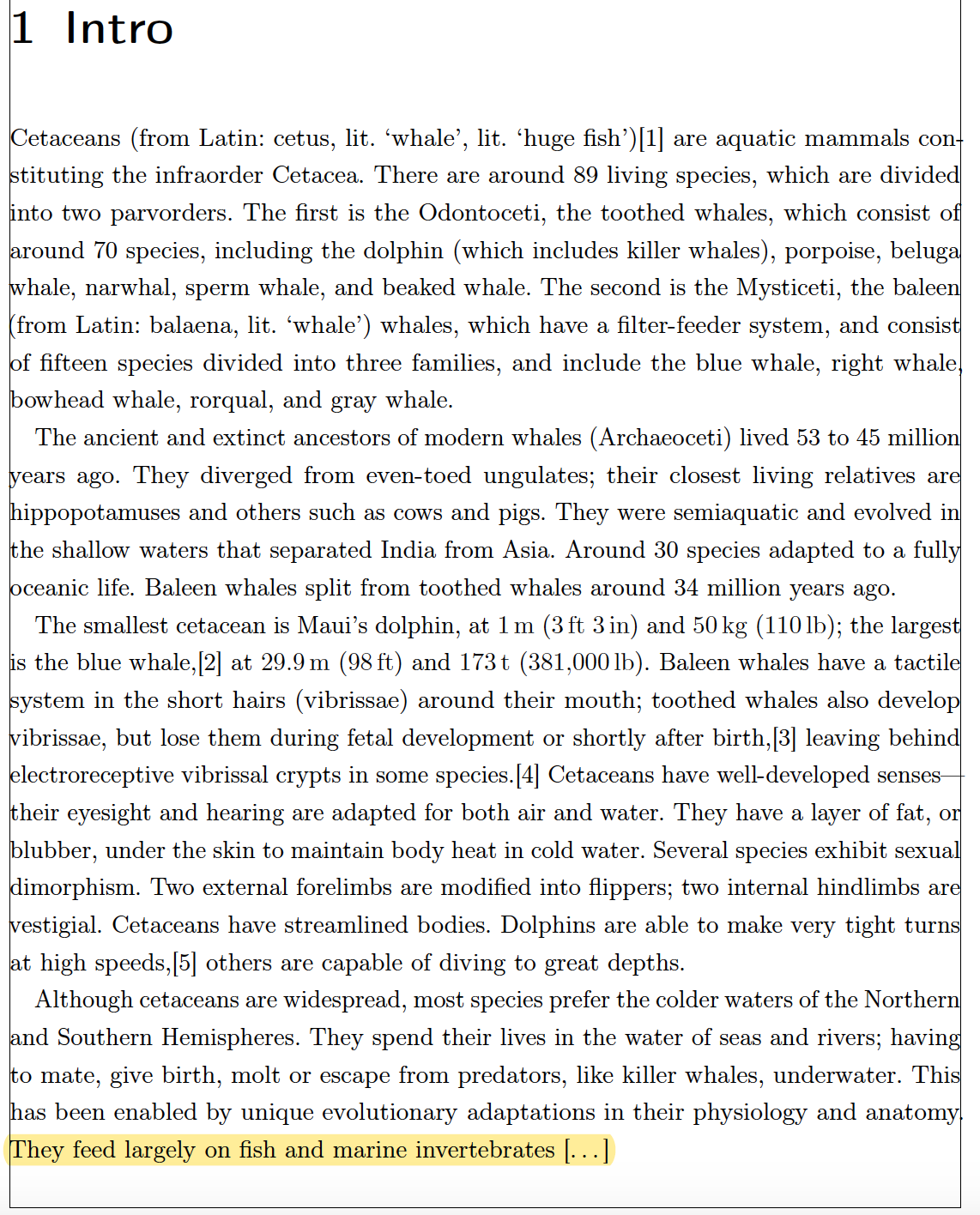 Not the answer you're looking for? Browse other questions tagged page-breaking or ask your own question.

13
Can I get at stuff in “current page” or “recent contributions”?
12
Inserting 'PTO' (please turn over)
2
Prevent a line from being the last line on a page
3
forcing breaks in gigantic footnotes
1
Connection of two specific paragraphs
2
latex: How to typeset many headings with no bodies? (After about 20 they don't fit on a page, and latex is not creating new pages for some reason)