On the incompatibility of the tikz and fp packages: division (/) operator in \FPeval and node in tikz

Let us assume that we want to divide two numbers u=-60 and v=3 using the fp package without calling tikz picture. It works fine as below:

The correct answer will be seen at the end:

Now let us call tikz library to put the answer in a node feature as below:

Unfortunately we get an error in this case:

It's quite unfortunate that fp doesn't offer an option to warn the user when the first argument to an \FP... macro is already defined.

It's also (unfortunate) common practice to use short names for variables to use in TikZ. This may have no side effect if used inside a tikzpicture, because (non global) redefinitions are nullified when the tikzpicture ends.

Not always safe: in a very recent question, a user got into troubles because of using \color as the name for a variable in a \foreach loop, but the loop code used \textcolor.

In your case, you're redefining three existing control sequences:

While the first two redefinitions are harmless in your example, because it doesn't sport accented letters, the last one is fatal. At some point, TeX is instructed to do some calculations involving the box containing the text to be typeset at the node and it needs the width of that box, which it inquires using \wd; but \wd now means something completely different.

Here is a different method. The names are longer, but the input is much clearer. With \fpeval you can do computations on the spot (see the second node). 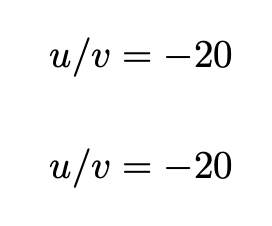 21
How to define the default vertical distance between nodes?
17
Numerical conditional within tikz keys?
12
Drawing rectilinear curves in Tikz, aka an Etch-a-Sketch drawing
9
Line up nested tikz enviroments or how to get rid of them
3
How to draw a square and its diagonals with arrows?
3
Arrow between BTrees
2
How do I change the radius of circle in a node in tikz style?
3
Document header with tikz
8
On the meaning of \the and \pgf@xx in \edef#1{\the\pgf@xx}