I have an image inside a TikZ node. There should be a border around the image, with no gap. The border should have a specified line width.

My problem is that the border seems to be drawn underneath the image. I use inner sep=0 to remove the gap between image and border. The effect is a border with half the intended line width, as demonstrated in the first example:

I can think of two workarounds:

Is there a more elegant solution? Can we tell TikZ to draw the node border after the image? I could live with a small part of the image covered by the border.

Update after question was closed as duplicate:

The linked question has significant overlap and helps me in my specific situation. Good! However, the question whether it's possible to draw the border above the node content is not answered by the other question and remains open. The answer to this question could prove useful to people who want the node border drawn last for other reasons. The linked question may not be useful for them.

At left image is inner sep=0.5\pgfplinewidth, at right one is inner sep=0pt. At recent is added semitransparent option, that is better visible, that image is covered by inner half of nodes's border line.

I would use a tcolorbox for that: The problem of overlapping of lines should already be factored in there.
If any TikZ material is required within the picture, this is also possible with tcolorbox. 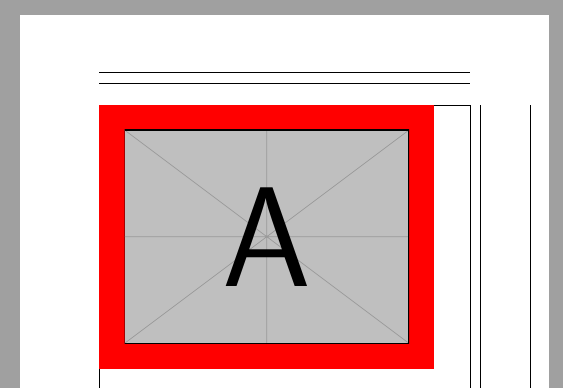 Not the answer you're looking for? Browse other questions tagged tikz-pgf graphics tikz-node or ask your own question.

2
TikZ: Having circle borders only grown to the outside

19
How to define the default vertical distance between nodes?
9
Line up nested tikz enviroments or how to get rid of them
1
How do I remove gaps between line segments of tikz's draw?
3
Add extra space at the bottom with a rectangle containing an image, TikZ
4
connecting from arrow to node leaves a gap
1
get height and width of tikz node
1
How do I change the radius of circle in a node in tikz style?
2
Document header with tikz
6
TikZ: Node angles with offset